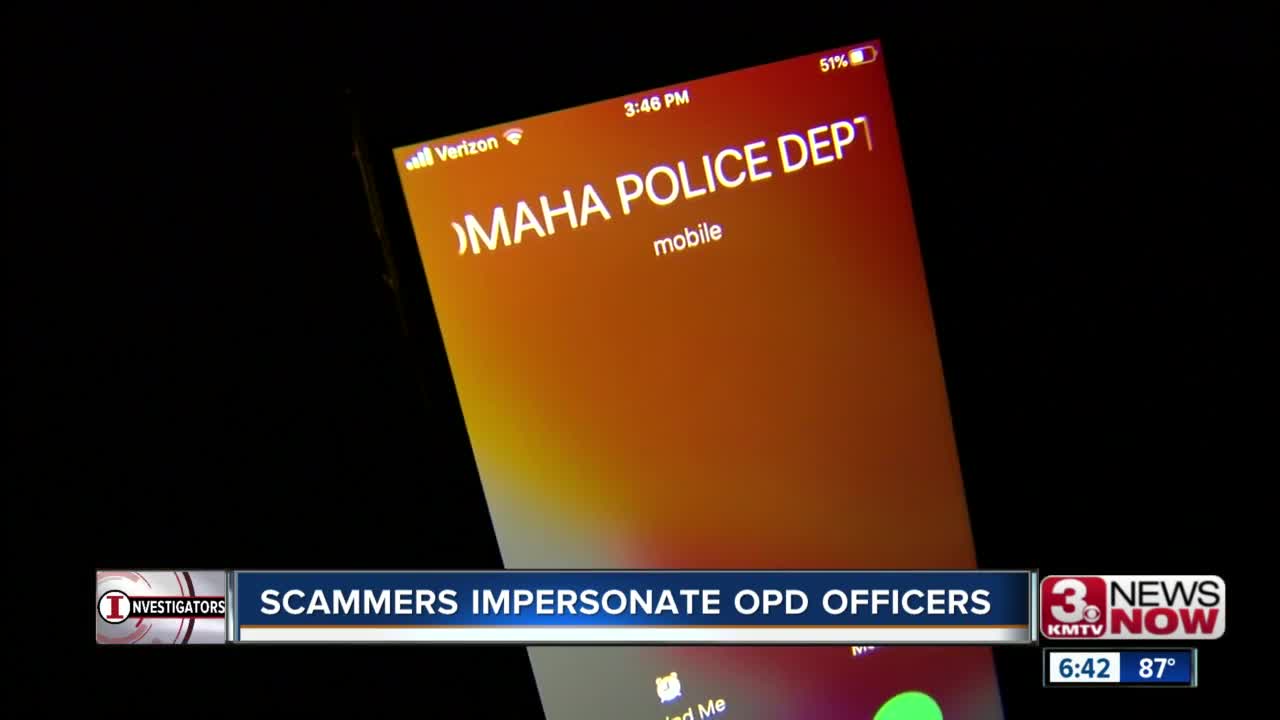 Scammers impersonating government workers are not uncommon. Lately, it's come in the form of impersonating Omaha Police officers, the department said.

OMAHA, Neb. (KMTV) — Scammers impersonating government workers are not uncommon. Lately, it has come in the form of impersonating Omaha Police officers, the department said.

The scammers spoof a phone number that belongs to OPD. Your caller I.D. might say it's the police, but it's scammers.

Once the "officer" asks for money, you should know it's fake, OPD warns. The department said they do not solicit donations or any form of banking over the phone.

You also shouldn't give anyone claiming to be an officer on the phone personal information, including your driver's license number, birthday, or social security number, they said.

Americans have lost more than $450 million in government imposter scams between 2014 and 2019, according to the Federal Trade Commission. The agency says it's most common that this type of scam comes from someone claiming to be with the Social Security Administration, but scammers also claim to be with health departments, the IRS, police officers, and the FBI.