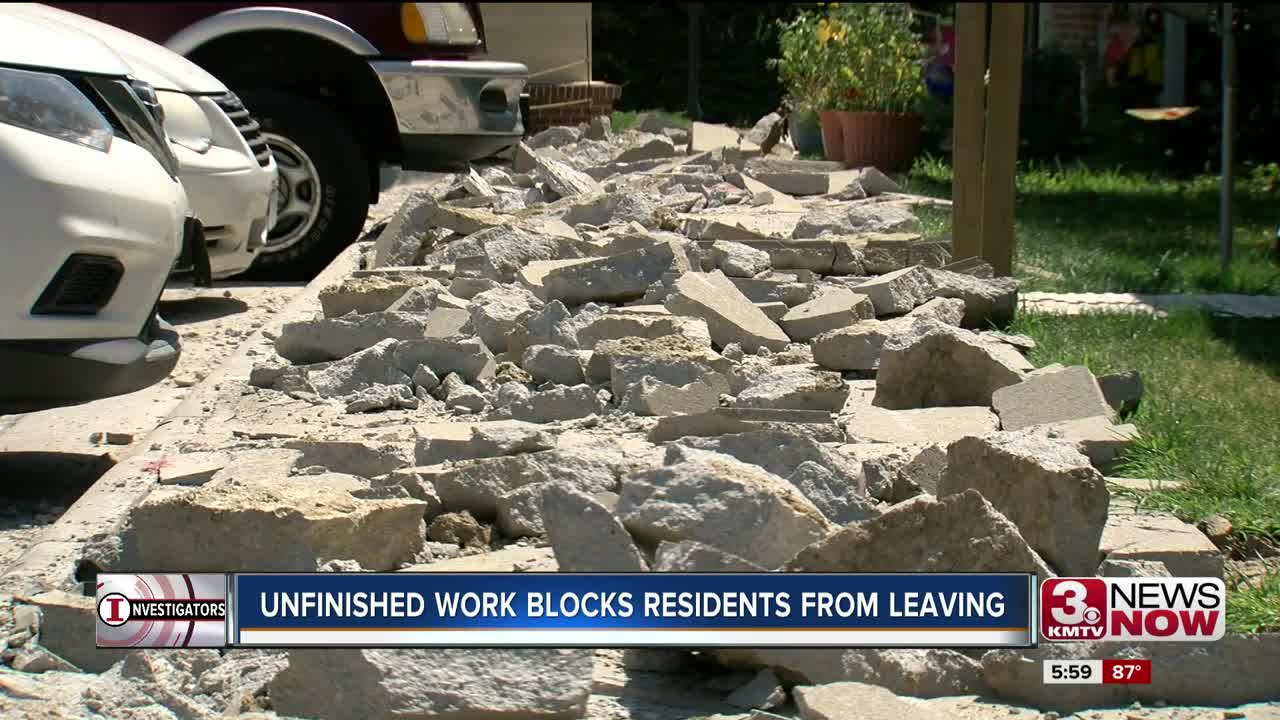 Why unfinished sidewalks are causing tenants at an apartment complex to worry.

OMAHA, Neb. (KMTV) — Orchards at Wildewood apartments in La Vista didn't have perfect sidewalks, but it was better than a pile of torn up concrete.

That's what Debra Oddo and other residents have had in front of their porch for at least two weeks.

"It's a mess, isn't it?" said Don Adams as he opted to walk over the concrete pieces to his apartment rather than take the long way around.

Work on the sidewalks began, and suddenly stopped, at the apartments, located near 7500 block of Harrison Street.

In a wheelchair after a stroke, Oddo could no longer leave or enter the building easily. That concerned her about her escape route in a fire.

Ginger Young, Oddo's neighbor, said the majority of tenants at Orchards at Wildewood are on Social Security, including herself.

The corporate owner of Orchards at Wildewood, Idaho-based Somerset Pacific, said it is now looking for a new vendor to complete the sidewalk repair.

"This is a head scratcher," Somerset Pacific Director of Maintenance Ed Cornforth told 3 News Now. "It's the first time we've had someone totally walk away from a job."

Oddo said she learned Wednesday her contract was being terminated for failure to keep her service dog on a leash. Oddo believes she's being punished for speaking to the media Tuesday.

Somerset Pacific said it couldn't talk about a specific tenant, but the only person being evicted from the apartments first had been warned about an issue months before the sidewalks were torn up.

Caution tape was added around the piles of broken concrete sometime after 3 News Now spoke with Oddo on Tuesday.

The 3 News Now Investigators are your community watchdogs.