Signs about cameras a business doesn't actually have can mislead thieves — and customers
Posted: 6:17 PM, Jan 23, 2020
By: Aaron Hegarty 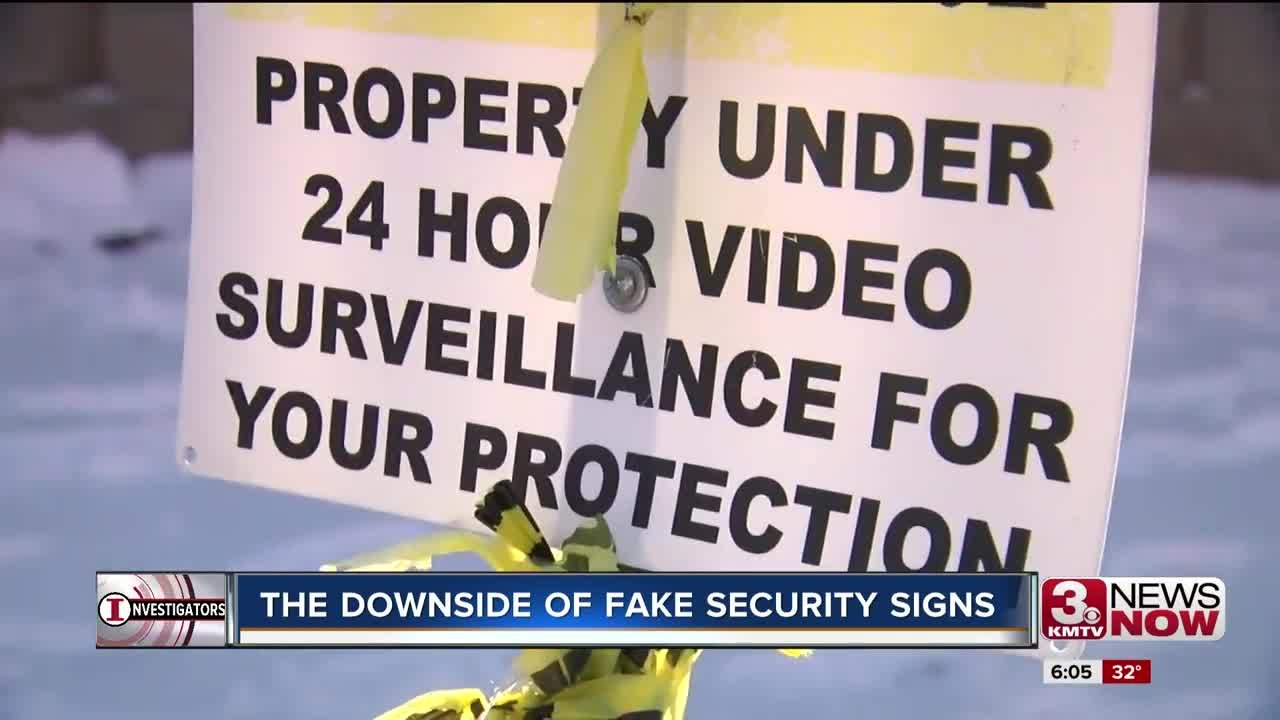 "SECURITY NOTICE," it says. "PROPERTY UNDER 24 HOUR VIDEO SURVEILLANCE FOR YOUR PROTECTION."

So when he discovered his car was broken into at Extended Stay America at 90th and Burt in December, he saw the fact that there were cameras as a silver lining. He called the police.

But when the police asked to see the recording, the hotel told them there are no cameras.

"I think that's misleading, or fraud, to the customer," said Zhang, a 25-year-old University of Nebraska Omaha student.

He said the hotel refunded one night, but won't assume responsibility for his broken window or stolen laptop. 3 News Now Investigators reached out to Extended Stay America, but didn't hear back as of 6 p.m. Thursday. This article will be updated if they respond.

"Just because somebody hangs the signs there, and there aren’t cameras, doesn’t put responsibility on that owner," said Devin Crinklaw, of the Omaha Police Department's Crime Prevention Unit. "But anytime you can harden a target, I think its a good thing."

Crinklaw described hotels as "obvious" targets for thieves. They're places where people are more likely to leave valuables in a car.

"I would say take those items in with you or secure them somehow in the trunk of your vehicle," Crinklaw said. "Use some common sense when not at home, especially at hotels, where it's a hotbed for activity of thieves and people looking to commit crimes of opportunity."