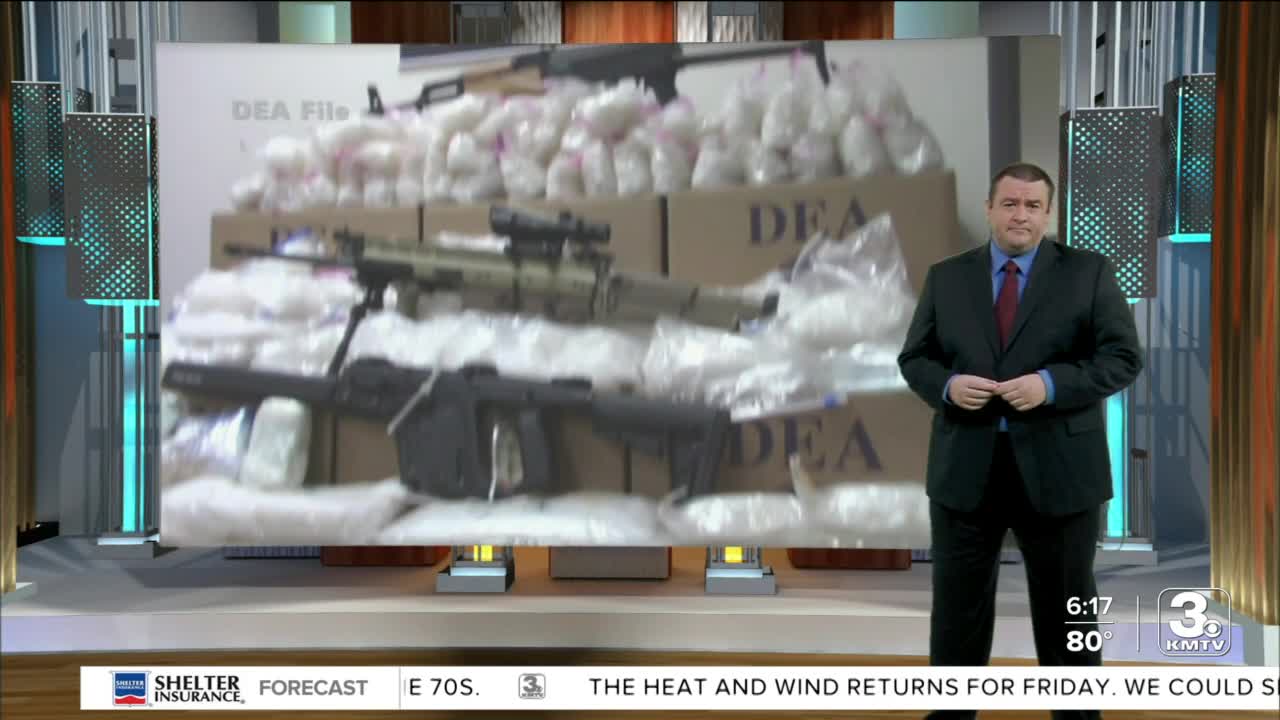 This is the final part of a four-part series on drugs and the border. 3 News Now Investigator Jeff Van Sant traveled to San Diego, California, in February, before the pandemic.

OMAHA, Neb. (KMTV) — This is the final part of a four-part series on drugs and the border. 3 News Now Investigator Jeff Van Sant traveled to San Diego, California, in February, before the pandemic.

Joshua Merrill says he's found a new home in Omaha but it wasn't his choice at first.

He was stopped smuggling drugs from California to the Midwest and charged in February of 2019. Now, he's at Open Door Mission.

"At first, it was bliss," he said. "It was a good thing, and it was cheaper than pills, and it kept me going every day. But within a short period of time, I lost everything.

Steve Bell of the Drug Enforcement Administration Omaha Division said production has dipped locally but that factories outside the United States are producing a "more potent product than any domestic lab here could ever fathom of producing."

"On any given day, Interstate 80 is a pipeline for criminal activity," said Nebraska State Patrol Capt. Matt Sutter. "That's why we're out there to take those things off the road.

Part 1: From the border to Omaha: The War on Drugs
Part 2: How drug cartels attack the border and win
Part 3: Cartels easily defeat border wall