Time's up: For most, eviction protections have expired

No matter how much misfortune she gets hit with, Jane says her landlord didn't hesitate filing for her eviction. 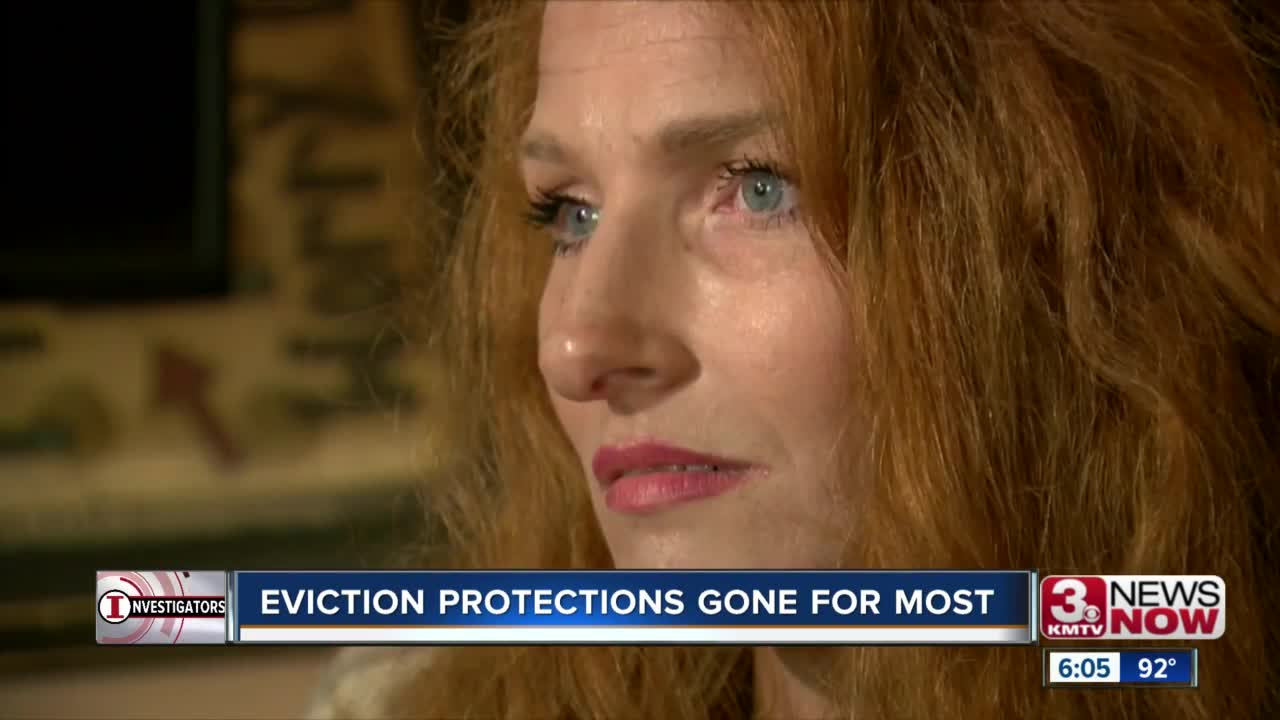 A single mom with three children, Jane says her landlord didn't hesitate to file suit for her eviction.

He didn't care to pay to fix the air conditioner. As the Nebraska spring turns to summer, she said she spent her stimulus check on that for her and her three children, despite not owning the property.

And the landlord didn't care why she can't pay her rent, she said. She lost her job. Then the father of her three children died.

She was a waitress until the pandemic. The father of her children used to help with child support.

Jane will appear before an eviction judge on Wednesday. She'll be represented by Scott Mertz of Legal Aid of Nebraska, which provides free legal services.

"Not even two weeks after the whole COVID thing comes out, he's at my door trying to kick me out," Jane said. "He was told about (the death). He just handed me the paper... didn't even care, greed is just all in his face."

Jane, which is not her real name, asked us not to reach out to the landlord for comment. She's afraid she'd face retaliation.

The case was filed May 28, before the end of Governor Pete Ricketts' ban on evictions caused by the pandemic. More than 25% of American tenants are still protected from eviction under the CARES Act.

Mertz says Jane is one of them.

That protection lasts until August 24, which includes a required 30-day notice.

Mertz said there was a spike in filings when the calendar turned to June, and the statewide eviction ban was lifted.

"We saw dozens more filings in the Douglas County Court," Mertz said. "There was in excess of 110, close to 120 eviction hearings just in that first week in June."

During the moratorium, landlords could still sue. In Nebraska, it happened 442 times in April and May.

"Some were even evicted, but a lot were continued out to after May 31," Mertz said.

For more, watch the video above.