Were seven sisters hanged on this road? Our I-team visits. 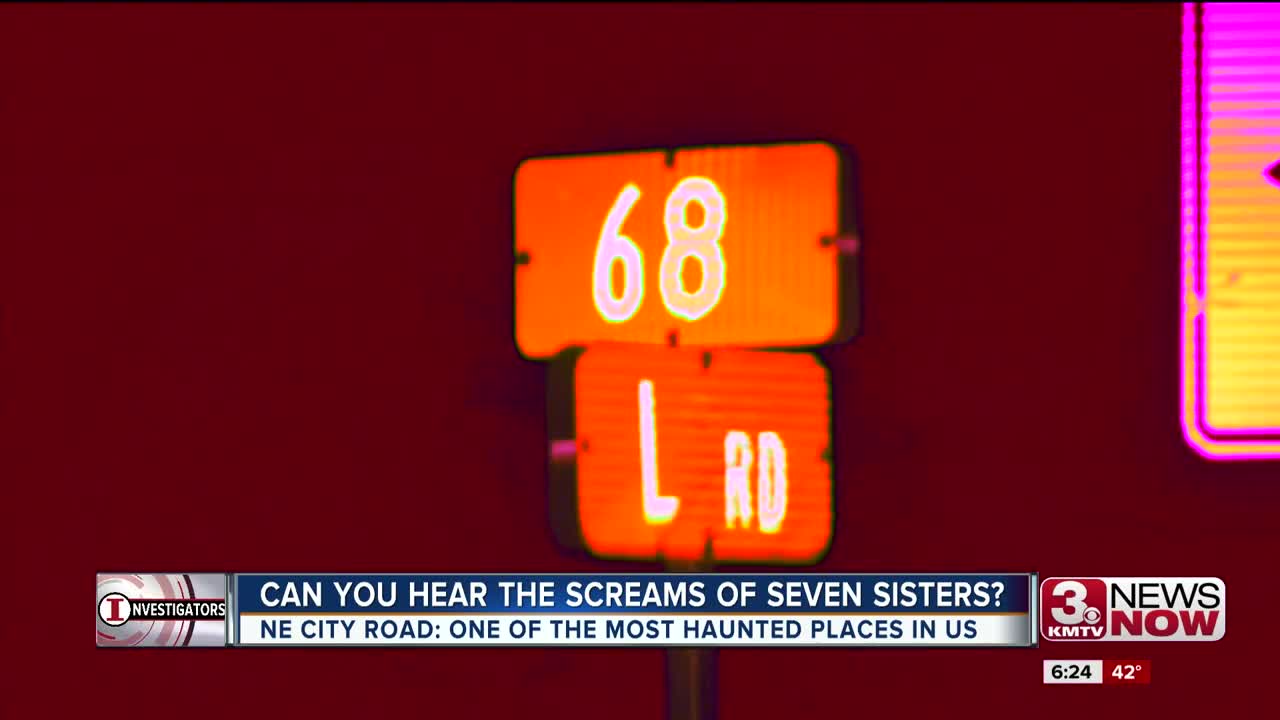 But, she says, don't ignore the stories that have been told about Seven Sisters Road, just south of Nebraska City.

"You hear things, you hear screams, you hear moans," said Partsch, an author of books on Nebraska's history. "You maybe catch a glimpse of white gowns in the distance or lights fluttering. There’s all sorts of stories that happen."

"There was always some kind of a saying, there's spooks down there and everything else," said local Bill Creek.

Our investigative team visited on the eve of Halloween. Our microphones made strange sounds. Batteries died suddenly.

But our experience doesn't compare to other stories, including a beast that ripped the bumper off a car as it darted away.

In most variations of the road's backstory, a farmer went ballistic more than a century ago. It's said he murdered the whole family and hanged seven siblings, each on top of hills along the road.

Watch the video above for more on the 3 News Now Investigators trip to Seven Sisters Road.