What does the "Investigation Case Special Project" issue mean on an unemployment claim?

1500 Nebraskans had their unemployment claims flagged for potential fraud. 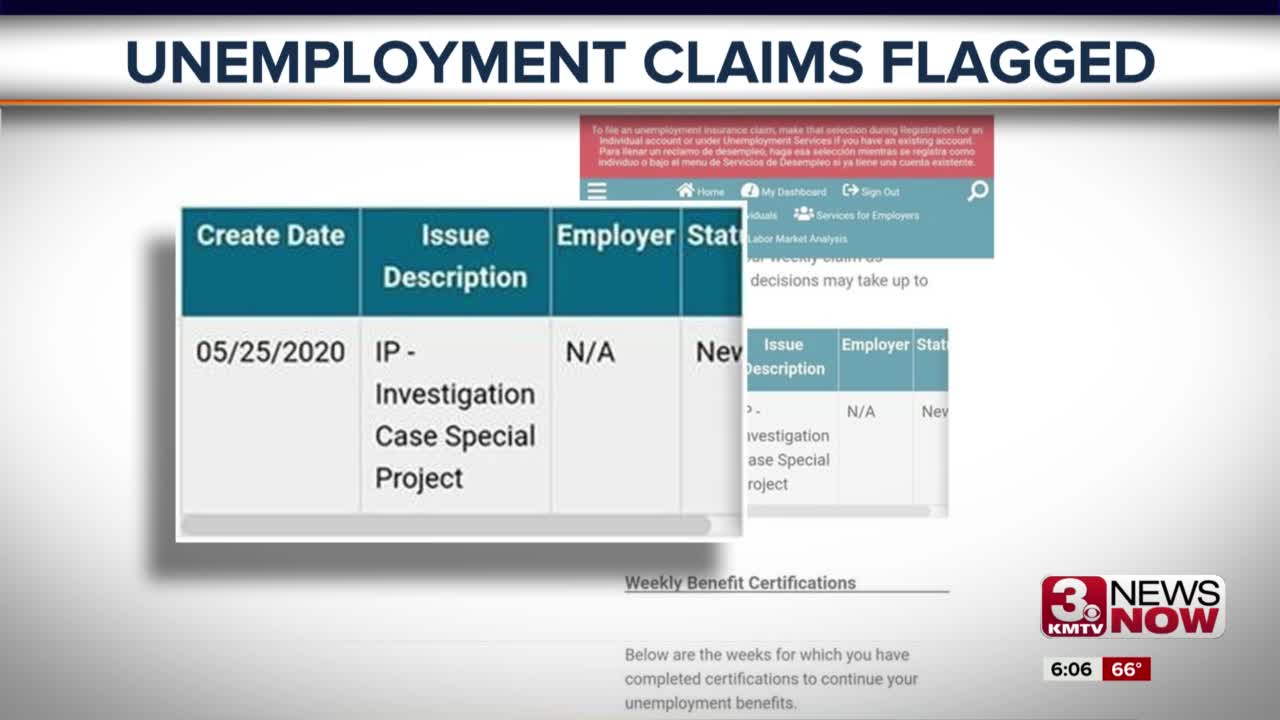 If you were affected, an issue called "Investigation Case Special Project" was added to your account.

The move was made "due to the recent nationwide surge in unemployment fraud and a potential fraud alert received," said Nebraska Department of Labor spokesperson Grace Johnson.

Those who had their claims flagged saw an issue appear in their NEworks account. It says "IP - Investigation Case Special Project."

The agency can't disclose what list of criteria was used to determine what led to a claim being flagged. But the agency said many of the claims were filed as Pandemic Unemployment Assistance claims, which is used for people who typically wouldn't qualify for unemployment, like self-employed workers or independent contractors.

That was the case for John, who asked 3 News Now Investigators to look into the issue. His PUA claim was approved, which he said was a struggle in the first place. Now, he says his payments have been halted.

"They've already gone though my claim with a fine-tooth comb," he said.

Johnson, the DOL spokesperson, said the agency intends to finish working through these cases by the end of the week. A team is "moving right along" to clear many of the claims that are not fraud, she said. Claimants will only be contacted if they need more information.

Johnson said the fraud alert was from the National Association of State Workforce Agencies. On social media, people across the country have reported recently receiving the same "IP - Investigation Case Special Project" message. Johnson said the U.S. Department of Labor is also urging states to keep an eye out for fraud as they deal with an unprecedented number of claims to work through each week.

Some Nebraskans said on social media that they were told by the agency that the message is a technical glitch. Johnson said that's not true.

"There is not a technical glitch regarding these claims," she said. "The Investigation Case Special Project is the fraud issue, and all of the Nebraska claims that have this issue on them have the same language displaying. Other states are going through a similar process."