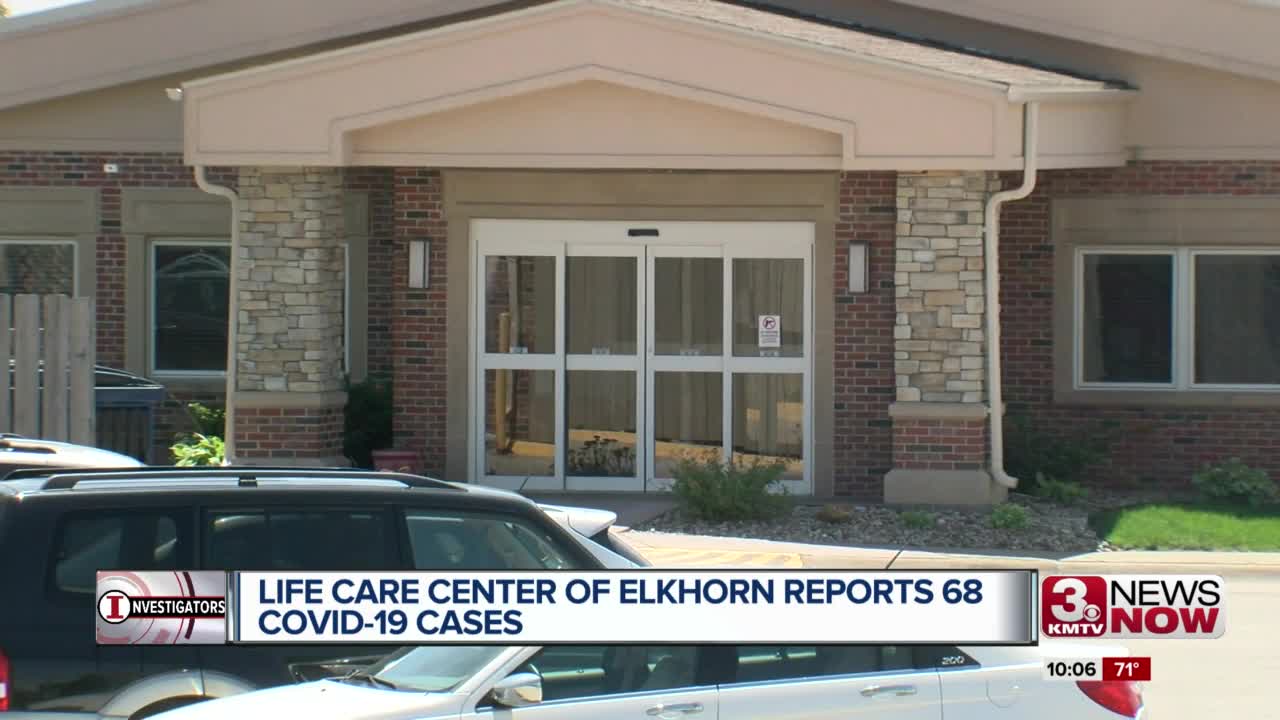 OMAHA, Neb. (KMTV) — More than 58 percent of tests for the coronavirus taken of residents and staff at the Life Care Center of Elkhorn have returned positive. There are 68 total cases in the facility.

All residents were tested Monday, according to a press release from Life Care Centers of America, the same company that operates the long-term care facility in Kirkland, Washington, where COVID-19 killed 37 soon after the virus first began to spread in the United States.

Staff testing is in process, but not completed, said LCCA spokesperson Leigh Atherton. Two residents are waiting on their test results.

No deaths have been reported. Five residents have been hospitalized. Atherton said the majority of residents who have tested positive are asymptomatic.

A letter from Life Care Center of Elkhorn provided to us by a family member shows the outbreak started more than two weeks ago.

The April 29 letter, addressed to residents and family, says a staff member tested positive for the coronavirus the prior day. The press and general public were first made aware of cases Tuesday.

Federal inspections last year were not kind to the Life Care Center of Elkhorn.

In June, the facility was cited by Centers for Medicare and Medicaid Service inspectors for failure to "provide and implement an infection prevention and control program." They also received that citation in February 2018.

The inspection report from June says a staff member failed to wash their hands between administering medications, and didn't clean a glucometer between uses on different residents.

According to a tool provided by ProPublica, a total of four deficiencies of the most serious level were reported in Nebraska nursing home inspections in 2019.

Three of those L-level deficiencies occurred in one inspection at the Life Care Center of Elkhorn in February 2019. That inspection resulted in a $62,072 fine and a payment suspension. The grade deficiency ranges on a scale of A to L, with L being the most serious.

According to the Centers for Medicare and Medicaid Services inspection report, a police investigation found evidence a resident was sexually assaulted. An allegation was made against an advanced registered nurse practitioner.

However, a facility administrator told the CMS inspector that they were instructed "not to discuss the issue with anyone" and "had not implemented interventions to protect the facility residents." Despite the facility's responsibility to protect residents from abuse, the inspectors interviewed five staff members, all whom reported they weren't aware of the alleged sexual assault. The inspectors lowered the severity to an F level after the facility took action after the findings, according to the report.

The two other serious deficiencies are failures to "administer the facility in a manner that enables it to use its resources effectively and efficiently" and "set up an ongoing quality assessment and assurance group to review quality deficiencies and develop corrective plans of action."

Atherton said she couldn't provide more information or comment on the inspection reports.

[Click here to view Medicare.gov's page for the facility, with more information on health citations.]