Volunteers stepped up to the call, election commissioner says 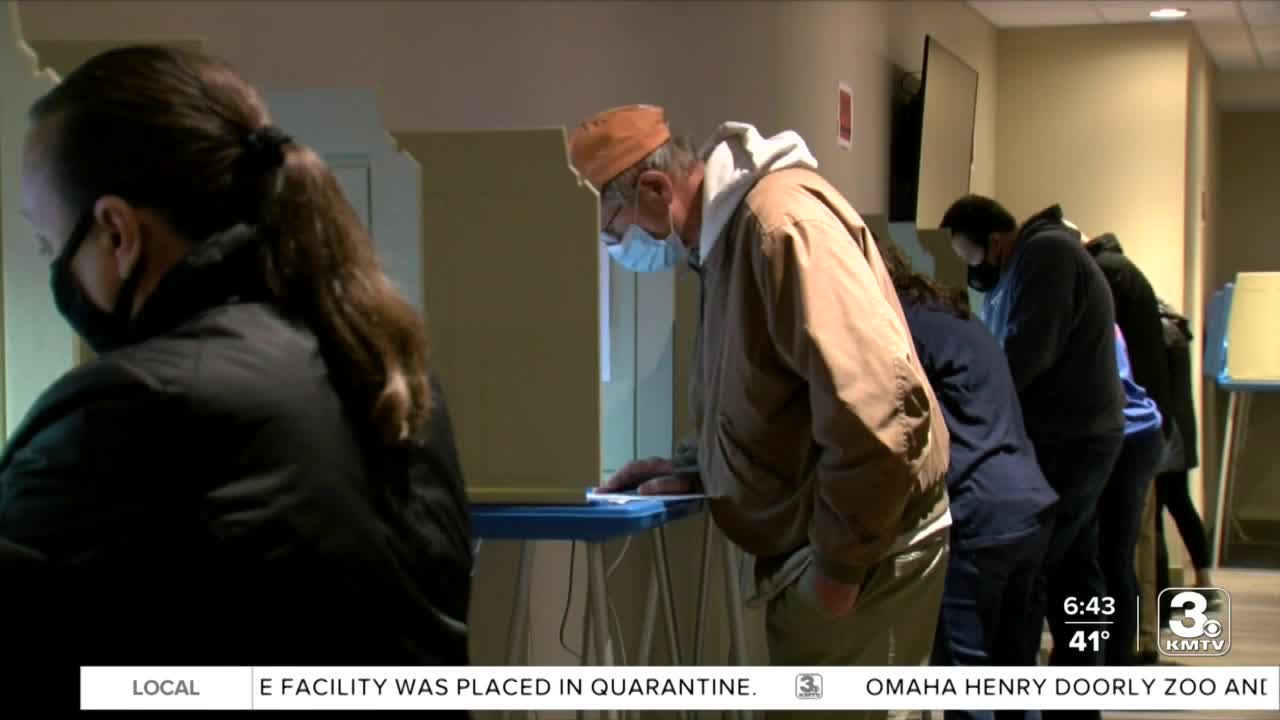 Volunteers stepped up to the call, election commissioner says

OMAHA, Neb. (KMTV) — Douglas County voters who aren't voting early will line up at 203 polling locations across the county on election day.

This year, more polling locations are handling more than one precinct of voters, according to a 3 News Now Investigator analysis.

30 locations will handle more than one precinct, compared to just 11 and 17 in 2016 and 2018. Unlike those general elections, some locations this year will host voters from three precincts.

The single building with the most registered voters assigned to it is Common Ground Community Center in Elkhorn. The gym there is the polling location for more than 5,400 registered voters from three precincts, according to Douglas County Election Commission data and our analysis. Many of them will vote early.

Nebraska is the only state in the country that allows for poll workers to be drafted, similar to jury duty, Kruse said.