Woman who waited nine weeks for unemployment: 'Don't give up.'

She was denied, and said she was told there was no need to appeal. But when the appeal deadline passed, she was told she was out of luck. 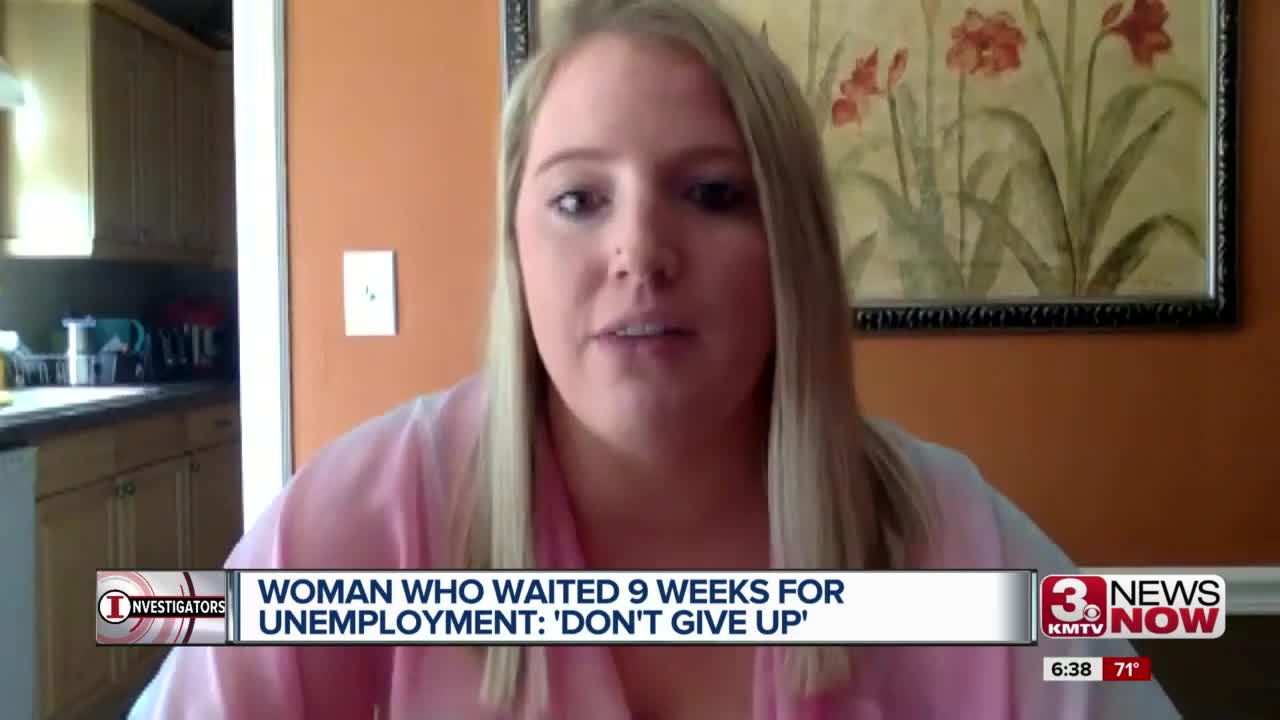 She was denied, and said she was told there was no need to appeal. But when the appeal deadline passed, she was told she was out of luck.

OMAHA, Neb. (KMTV) — Other than training, Taylor Westrope never had a chance to start her job at Top Golf.

She says she filed for unemployment on March 15 after being furloughed, but was denied and given until April 26 to appeal. Believing a mistake was made, she called the Department of Labor on April 12, and says she was told there was no need to appeal.

After a few more calls, Westrope says a Department of Labor representative called her on May 15, who said she missed her appeal deadline. She said the representative hung up on her.

When 3 News Now Investigators reached out to a Department of Labor spokesperson about Westrope's claim, she received a call less than four hours later. She had been approved. At question was whether Westrope quit a job as a nanny in September, or if the decision to leave was mutual, and her contract had simply ended.

"We were able to get things resolved for her," NDOL spokesperson Grace Johnson told 3 News Now in an email Thursday evening.

Westrope, like thousands of others who have had to wait for unemployment benefits, said she was struggling. Her stimulus check went to rent, and she had to turn to her mom for groceries.

"People tell me not to let my ego get in the way (of accepting help)," she said. "But I'm the type of person that helps people."

"Just call them," Westrope said, "and write down what you're supposed to write down. Keep filing your (claims)."