A group of employees are calling for the resignation of the CEO, most of board. They call the workplace "toxic" and "dysfunctional." 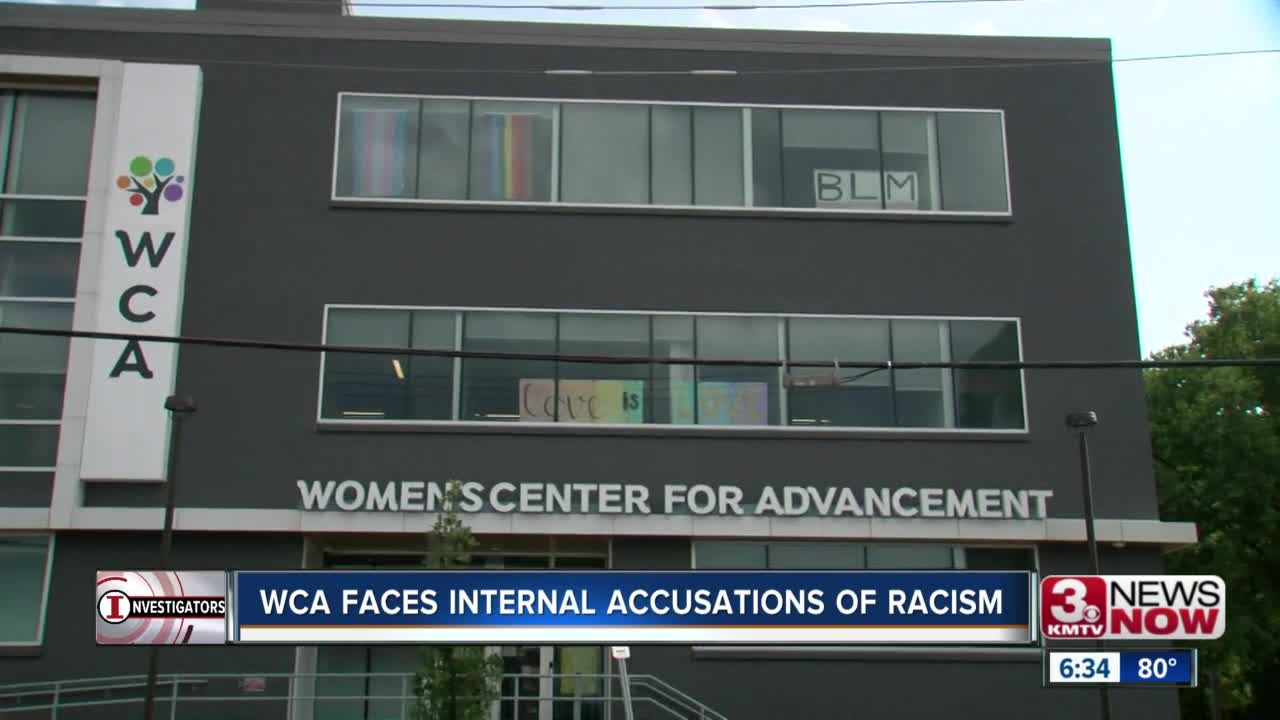 A group of employees are calling for the resignation of the CEO, most of board. They call the workplace "toxic" and "dysfunctional."

OMAHA, Neb. (KMTV) — Twenty-four employees at the Women's Center for Advancement are accusing their workplace of "racist, stonewalling, and retaliatory actions" after they proposed efforts to combat racial injustice.

WCA's President & CEO, Amy Richardson, was placed on paid leave in mid-August. The nonprofit's online staff list used to include Richardson, but no longer does.

An independent investigator was hired, according to Yvonne Sosa, chair of the WCA board who was also appointed to serve as interim CEO.

The group of employees, known as the Call to Action Team, is made up of members from "nearly every department," the group said. They said the statement "lacks meaning" and called for the resignation of all but three board members.

In late May, they proposed several changes, including: adding a position to the executive team responsible for diversity, altering hiring practices and the decision-making process, and an acknowledgement that WCA has failed to work with diverse community organizations, according to a press release. Ten days later, the group released a "mini" version of the complete call to action.

But the group says they've been met with an unwillingness to cooperate and retaliation from the executive and financial teams.

They accused CEO Richardson of retaliating to keep employees "in line" and targeting a Black male employee. Richardson did not respond to 3 News Now's attempts to reach her.

"WCA employees and staff have said and done things that are so damaging, racist, and without regard to our mission, our clients, and the wellness of our staff," one member wrote in part of a message to all employees, according to the press release. "These words and behaviors have not been called out, denounced, or discussed. The inaction and stonewalling behavior by agency leaders presents like an approval of this bad behavior."

The group is concerned WCA's "dysfunctional" behavior has had an impact on the group's clients.

The full press release from the group is below. The group turned down a request for an on-camera interview, citing a desire to let every group member have a say on all public comments.