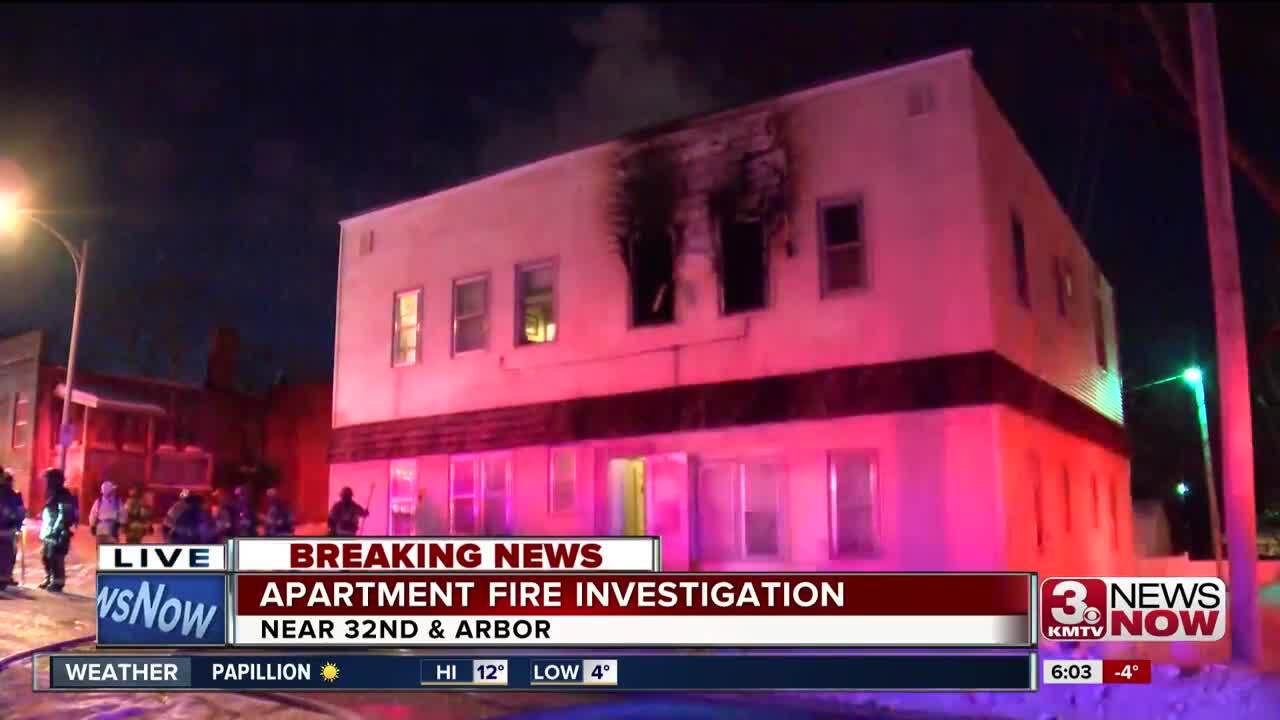 OMAHA, Neb. (KMTV) — An early morning fire displaced 12 people from their home and injured another.

Firefighters used a ladder to pull four people out of an apartment fire near 32nd and Arbor Street. They found smoke and flames when they arrived shortly after five.

Paramedics took one person to the hospital with potentially critical injuries. Crews battled both extreme cold and the fire.

The cause of the fire is still under investigation.