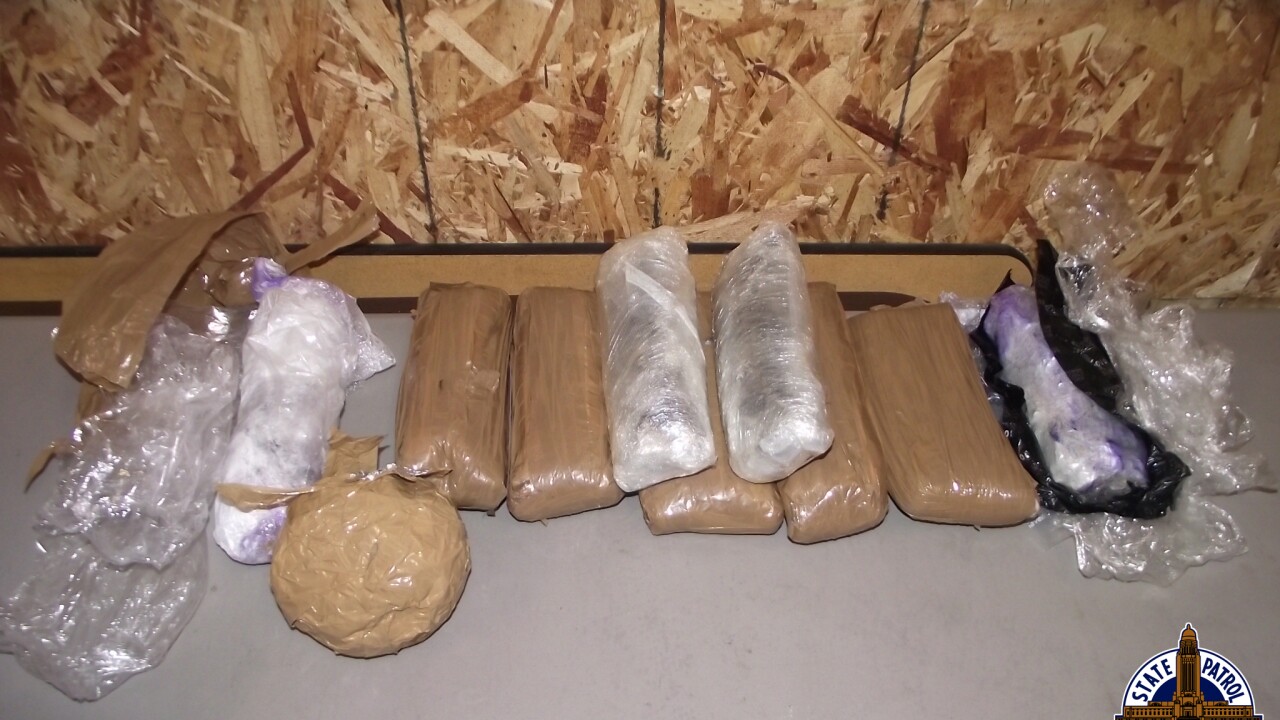 KEARNEY, Neb. (KMTV) — Early this morning, the Nebraska State Patrol (NSP) says two people from California were arrested with 11 pounds of methamphetamine during a traffic stop on I-80 near Kearney. They say the stop was initiated after a trooper observed a vehicle driving on the shoulder.

During the stop, the trooper "detected clandestine activity and performed a search of the vehicle," finding ten packages of methamphetamine hidden in the dash.

They say the driver, 23-year-old Hector Diaz Perez and his passenger 35-year-old Abel Perez Valdivia were "arrested for possession of methamphetamine and possession with intent to deliver" and lodged in Buffalo County Jail.