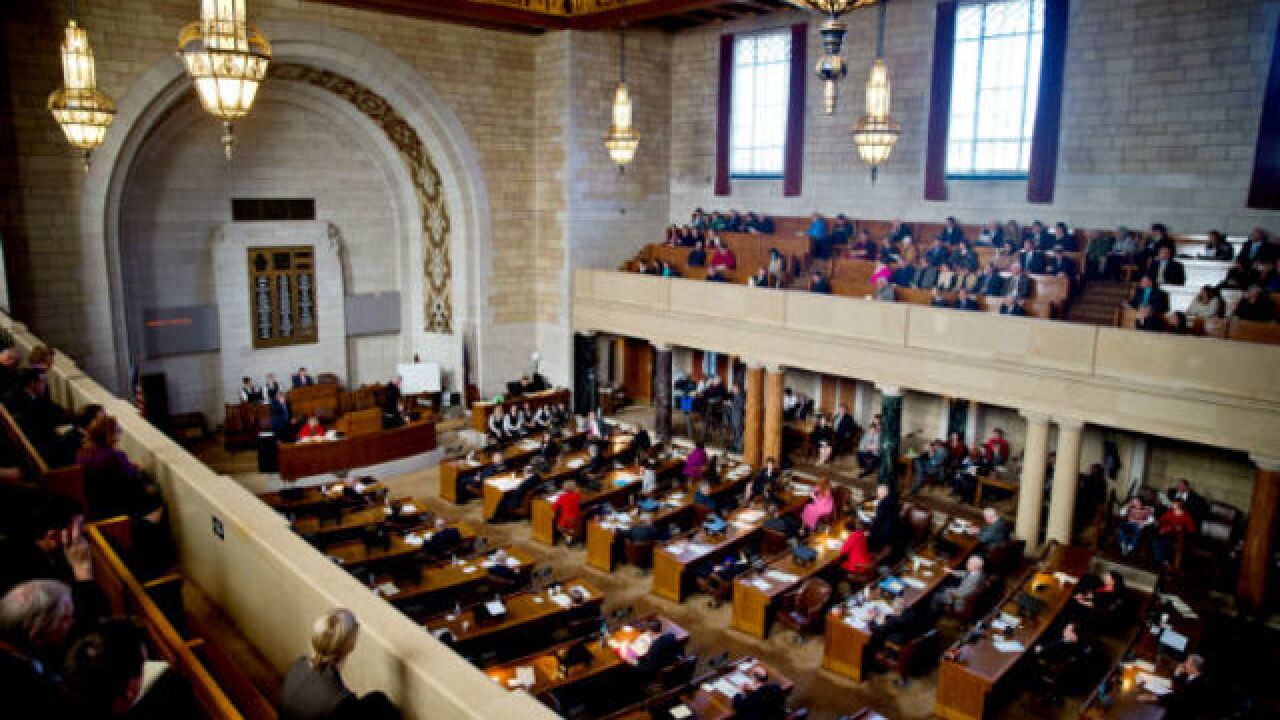 Nebraska will see a flurry of new state laws take effect this week, including safeguards to fight prescription painkiller abuse, looser gun regulations and a policy that will make it easier to massage horses for money.

The 117 laws will go into effect Thursday, three months after this year’s legislative session adjourned and the end of the normal grace period for new state statutes.

Here’s a look at some high-profile measures:

— ANIMAL MASSAGE: Massaging a horse, dog or cat will no longer require a state-sanctioned license. The law was originally aimed at horse massage, a common practice to relieve tension in high-performance horses, but was expanded to include other animals. Nebraska previously required so-called “equine massage therapists” to be a veterinarian or a licensed human massage therapist with special training. The law is LB596.

— LOOSENING GUN RESTRICTIONS: People who are released from mental health facilities will get the opportunity to ask a mental health board to reinstate their rights to buy a handgun or obtain a concealed-carry permit. The law requires boards to reinstate gun rights if petitioners show “clear and convincing evidence” that the restriction should be removed. The law is LB100.

Another new gun law would let university-sanctioned firearms teams possess rifles, pistols and shotguns on campus. Current law only lets them have rifles. The law is LB321.

Still another will prohibit local law enforcement from disclosing individual gun permit records to the public, a policy cheered by gun-rights advocates as a way to protect firearm owners from harassment. Open-government advocates say it’s unnecessary. The law is LB902.

— SERVICE MEMBERS RELOCATING: Active-duty military service members who are ordered to relocate will be able to cancel their cable, cellphone and internet service and gym memberships without penalties. Supporters say service members shouldn’t be punished with cancellation fees when they’re deployed.

“It’s really important that we do things to help relieve stress on our military families who are going in and out of Nebraska,” said Sen. Carol Blood, of Bellevue, who sponsored the law.

The law will also allow service members to terminate their leases without penalty if they’re ordered to move into government housing. Blood, who represents many service members at Offutt Air Force Base, said previous state and federal laws didn’t account for new technology. The law is LB682.

— TELEHEALTH: Doctors can now prescribe drugs and meet new patients through “telehealth” services that allow them to connect remotely through the internet or by phone. Lawmakers have moved in recent years to make the state more welcoming to the technology in hopes of addressing a shortage of rural health care providers. The law is LB701.

— PRESCRIPTION DRUGS: Health care professionals will face new safety restrictions when prescribing opiates in an effort to prevent widespread abuse, a problem that has plagued other states. Doctors will now have to discuss the risks with younger patients and limit the amounts they prescribe to minors in most situations. Additionally, pharmacists now must request identification from customers of such products unless they already know the person. The law is LB931.

— PERSONAL DATA: Any company that stores consumers’ personal information will be legally required to enact “reasonable security procedures and practices” to prevent data breaches. Consumer reporting agencies will also be barred from charging any fees to place a temporary security freeze on a customer’s credit. The law was introduced in the wake of the 2017 Equifax Breach that affected nearly 148 million people.

The law “is critical after Equifax lost hundreds of thousands of Nebraskans’ financial data last year, such as Social Security numbers, birthdates and bank account information,” said Sen. Adam Morfeld, of Lincoln, the law’s sponsor. “No company should be able to profit off their mistakes.”

— CERTIFICATES FOR NONVIABLE BIRTHS: Women who have a miscarriage will be able to request a commemorative certificate from the Department of Health and Human Services to recognize the pregnancy. Supporters said the certificates could help grieving parents cope with their loss.

“Each generation will have a history for their families, and they’ll know the loss was felt by many,” said Sen. Joni Albrecht, of Thurston, who introduced the law. “To me, it’s a privilege to help all the grieving families remember their loved ones.”

— SEX TRAFFICKING: Sex trafficking victims with a prostitution conviction will be able to ask a judge to set aside their convictions if they were under a trafficker’s influence at the time. The law is part of an effort to rehabilitate victims and shift punishments onto traffickers and sex purchasers. The law is LB1132.