2 months after closing due to flooding, West Dodge Road is open again 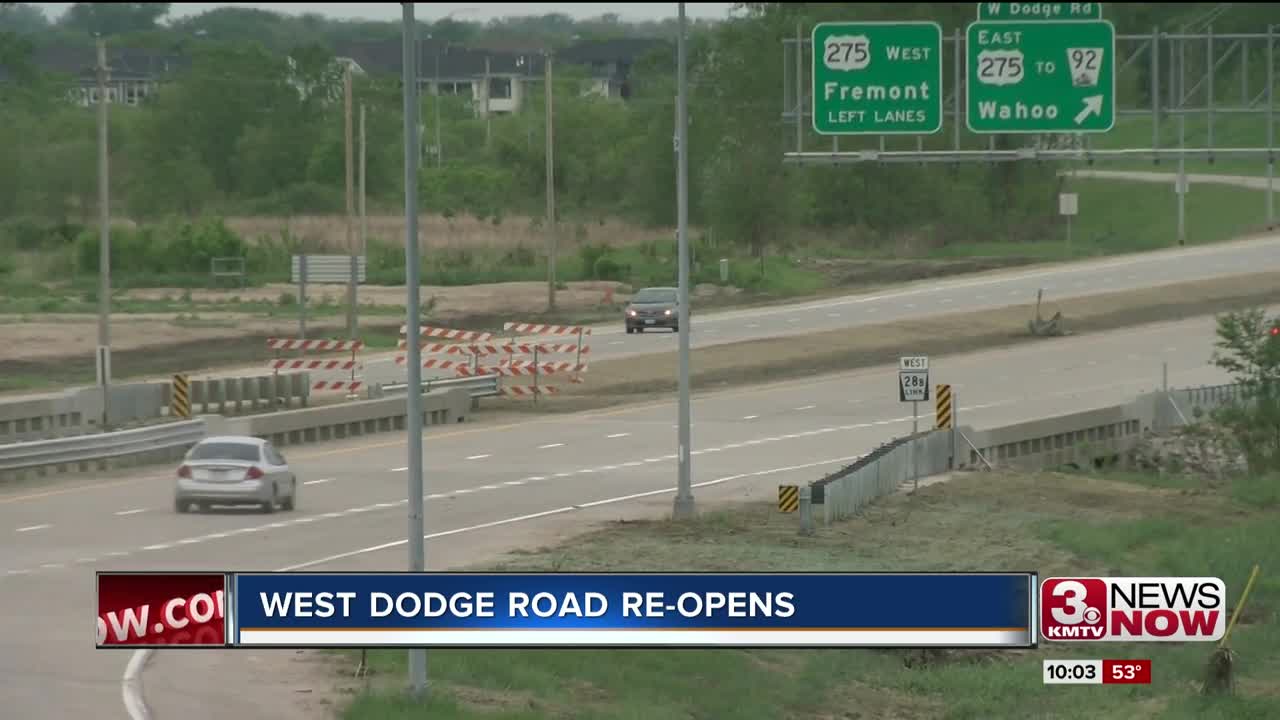 Flood waters took out a portion of West Dodge Road, but it re-opened Monday after quick work from construction crews.

It was cause for celebration Monday afternoon.

A major Omaha-area road hit hard by the flood waters, causing delays and headaches for the 25,000 vehicles that use the road daily, re-opened at 228th street, right in time for Memorial Day weekend.

"Almost surreal what it looked like out here, we had pavement panels if you saw the pictures, when the flood first happened that were nearly flipped over so our job at first was to get the equipment out here and the people, day one to remove that pavement and then crush it,” says Chris Hawkins, COO, Hawkins Construction.

They didn't just toss aside the flood damaged concrete. Instead they built on top of it.

"It's now rock that under what you can see over here, give it a nice base,” says Hawkins.

That's one reason they were able to wrap up the project quickly.

Department of Transportation officials say it also helped that nothing else on the road was torn up.

"We were fortunate that the bridges stayed in tact, it was just about pavement,” says NDOT engineer, Tim Meander.

There were still minor hiccups.

The eastbound lanes appeared to bare the brunt of the damage, but construction crews soon found out it was bad on both sides.

"West bound was worse than we expected, it just wasn't as visual, a lot of the water had undermined the pavement,” says Hawkins.