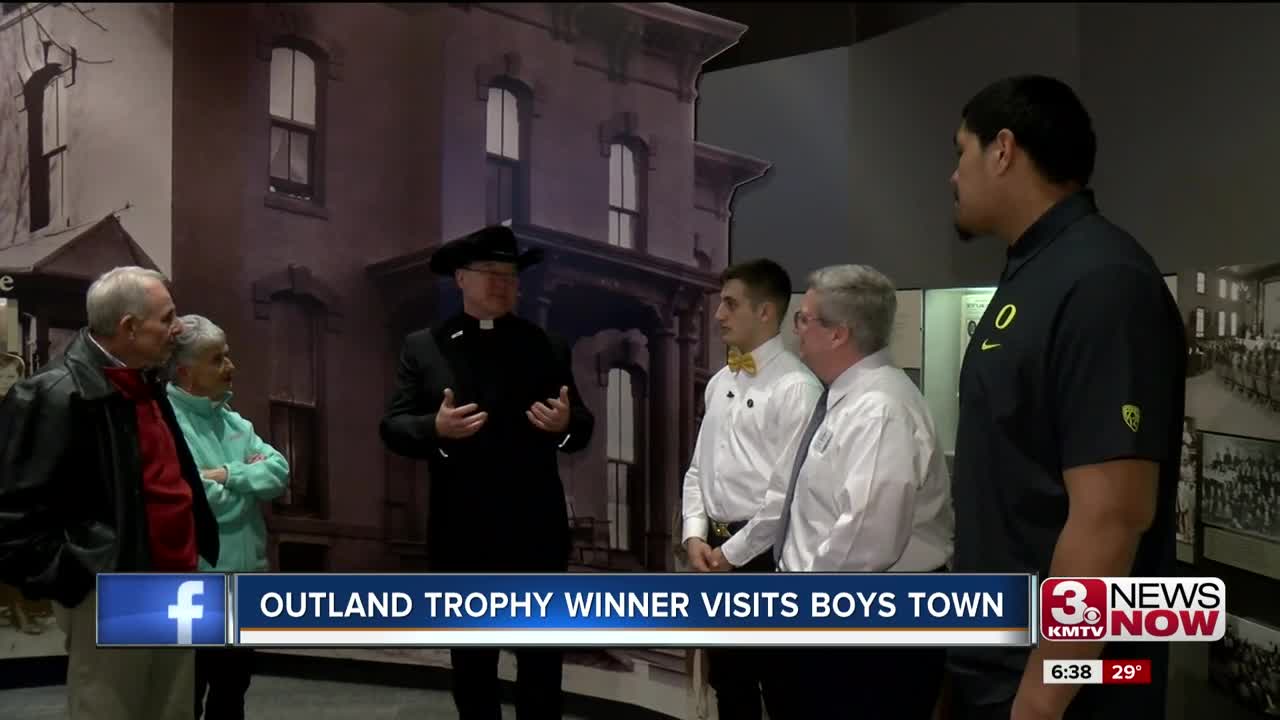 Oregon's Penei Sewell visited campus and learned about its history.

BOYS TOWN, Neb. (KMTV) — The 2019 Outland Trophy winner arrived in Omaha Tuesday evening ahead of the award's ceremony on Wednesday.

Oregon's Penei Sewell ws the 2019 recipient of the award, given out each year to the nation's top interior lineman in college football. The 6'6" Sewell starred for Oregon and was named the Pac-12's co-offensive player of the year as a sophomore. He is the third-consecutive sophomore to win the Outland Trophy.

"To be the third sophomore to do it, to be standing here next to the best award in the nation is second to none," Sewell said.

For more than 20 years, the Outland Trophy winner's first stop in Omaha is at Boys Town. Sewell got to check out campus with its current mayor and learn about its history.

"This is my first time in Nebraska in Omaha," Sewell said. "I'm looking forward to learning about Boys Town, what it was and what it is today."

Joining Sewell in Omaha for the awards ceremony was legendary Air Force coach James Fischer DeBerry, the 2019 recipient of the Tom Osborne Legacy Award. He said Father Flanagan's mission is one that resonated with him and his wife. They have a foundation to help out youth attend football camps.

"If you can get a man to camp he can learn a lot about the game and improve his abilities," said DeBerry.

Born in American Samoa, Sewell is the first player of Polynesian decent to win the Outland Trophy.

The celebration for Sewell will continues through Wednesday evening, with the Outland Trophy celebration taking place at the downtown Hilton Omaha.