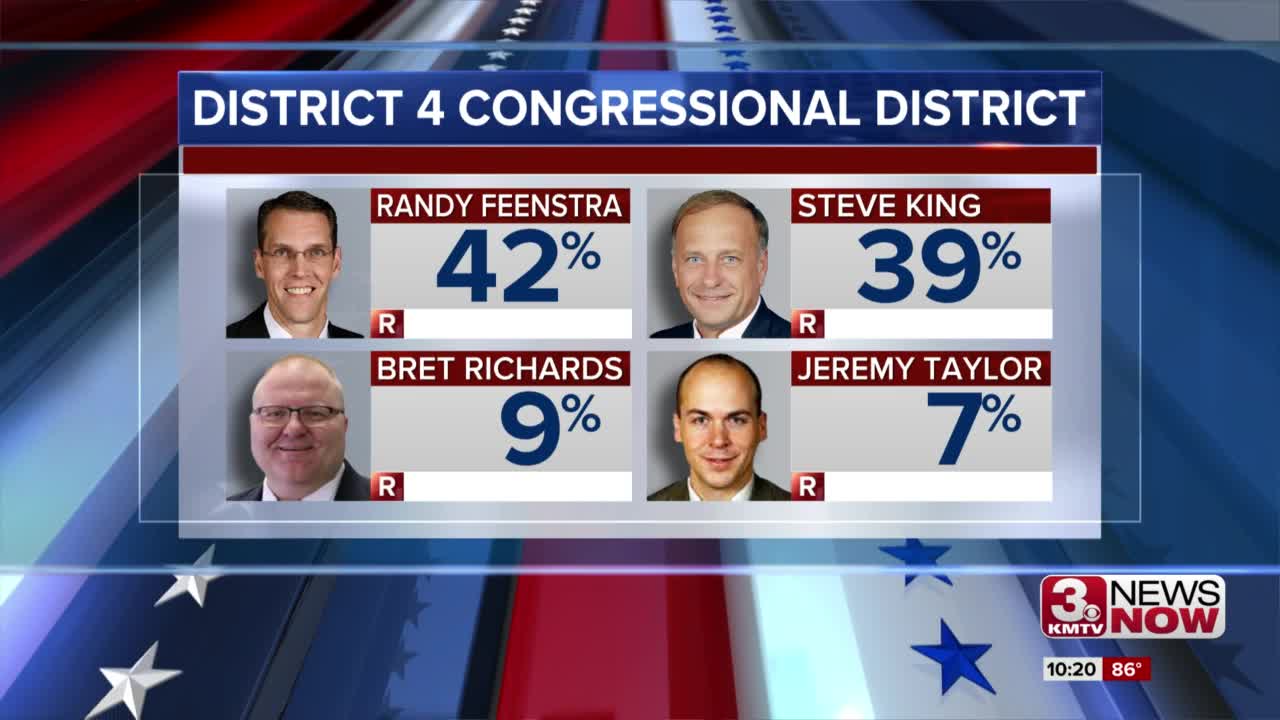 OMAHA, Neb. (KMTV) — Results from the Iowa Primary on June 2nd are coming in.

In the District 4 race for Congress, preliminary results show Republican Randy Feenstra is taking an early lead ahead of Congressman Steve King.
Feenstra had 11,385 votes to King's 10,057.

Republican David Young took a wide lead over Bill Schafer in the District 3 U.S. Representative race.
As of 10 p.m. Tuesday evening, Young had 24,495 votes to Schafer's 10,073.
Young appears likely to have a re-match in November against Democratic incumbent Cindy Axne.

On the Senate side, Senator Joni Ernst is running for a second term and is running unopposed.
She'll face Des Moines businesswoman Theresa Greenfield in the November election.

You can find more election results by clicking here.