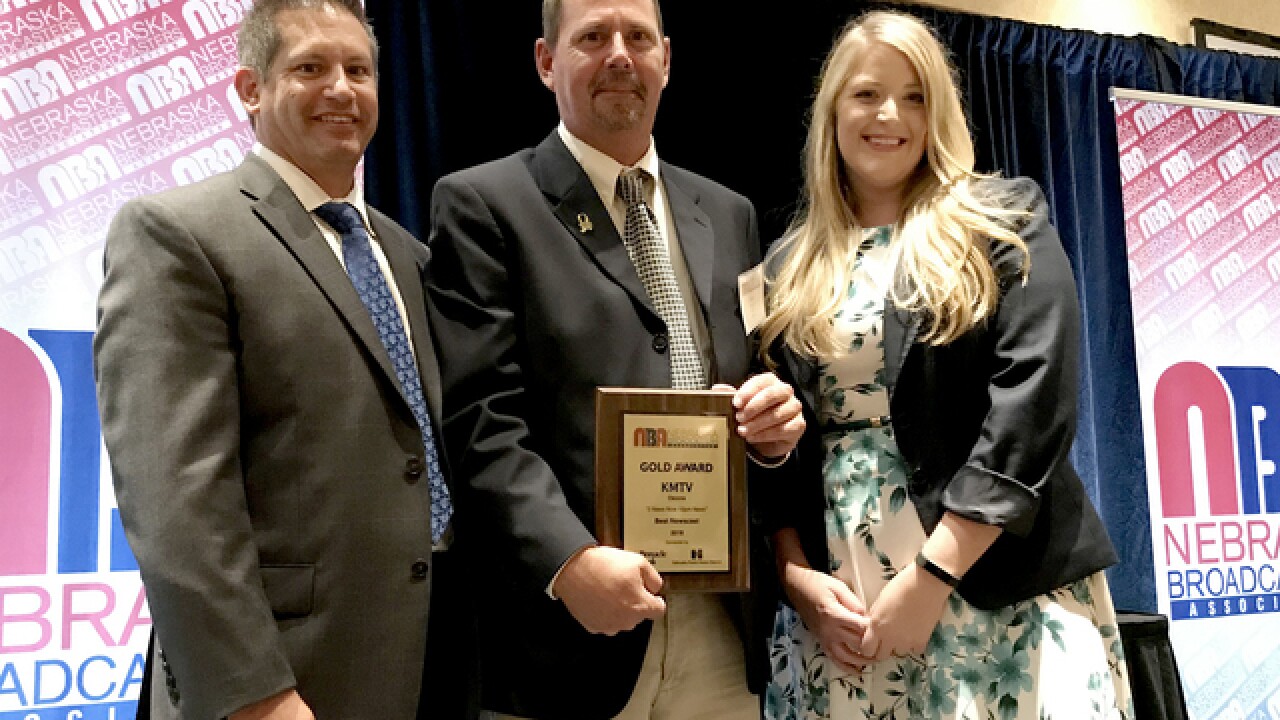 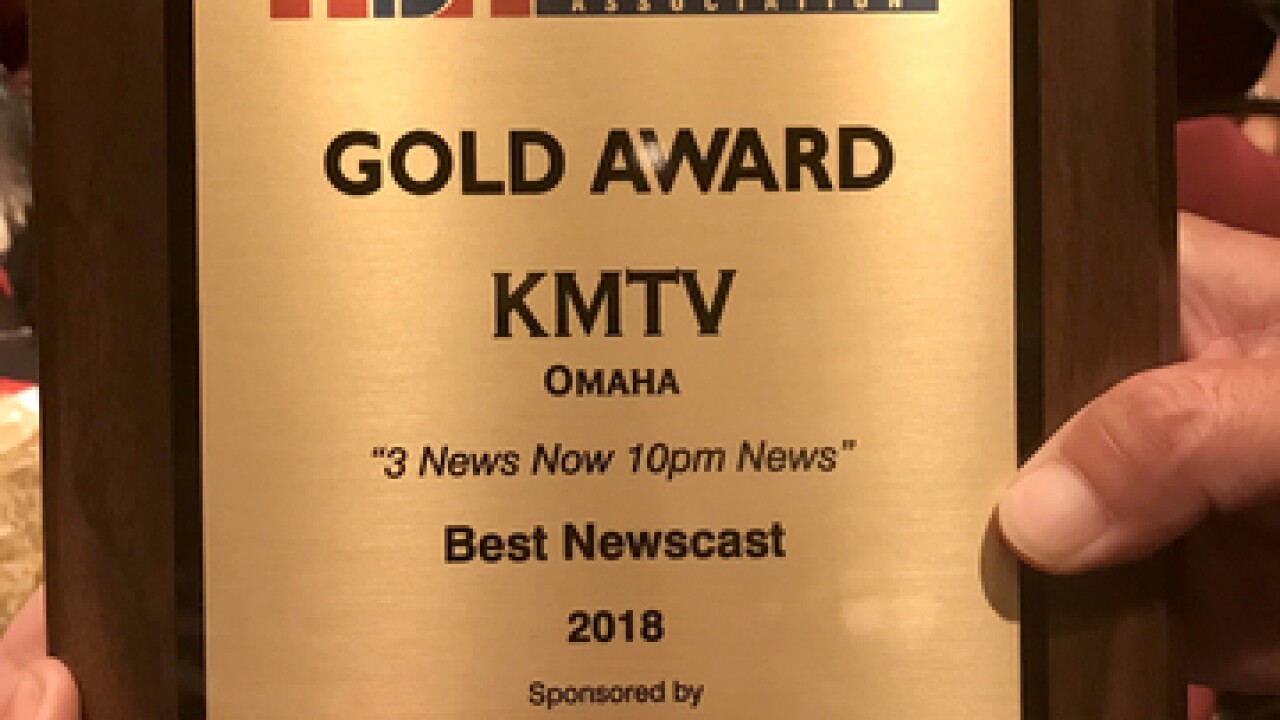 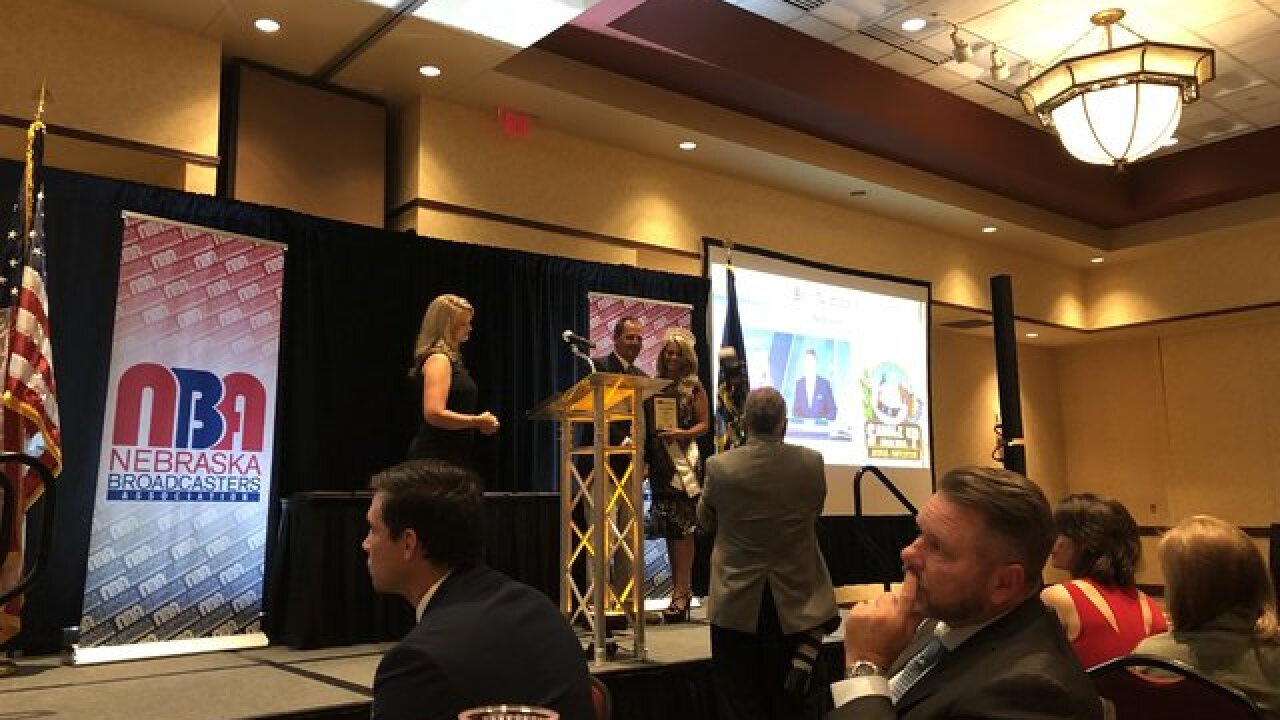 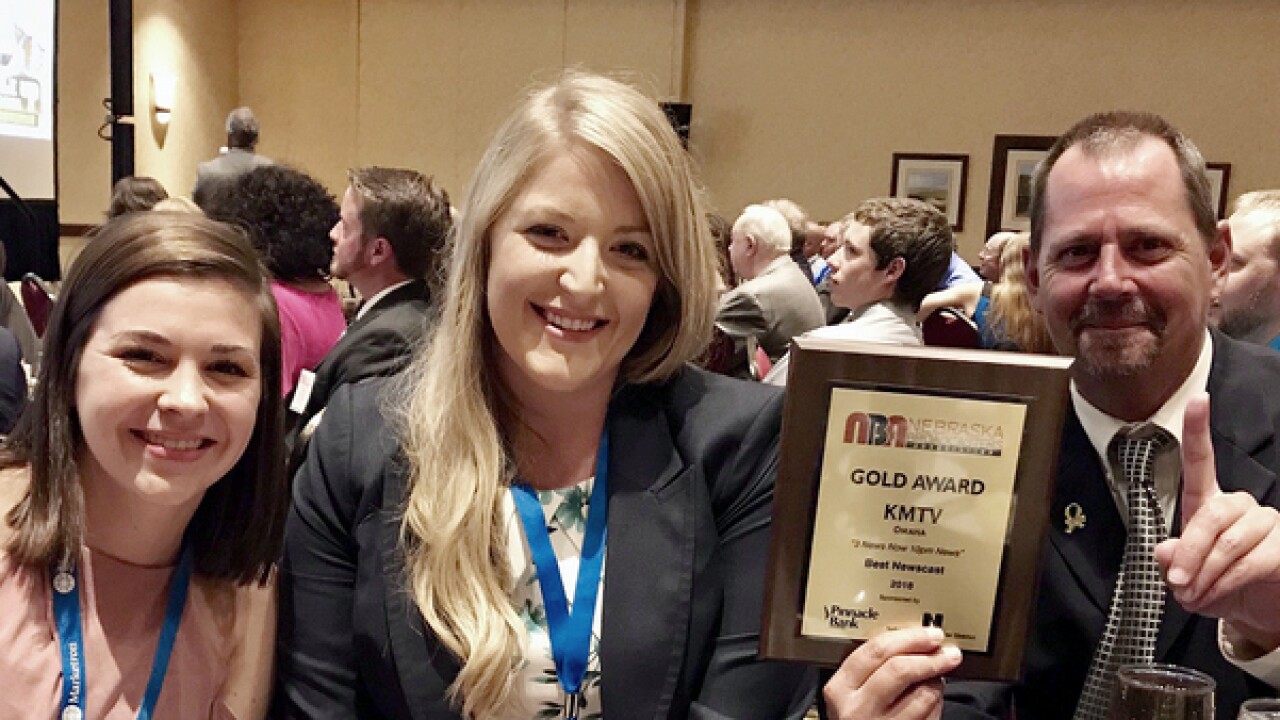 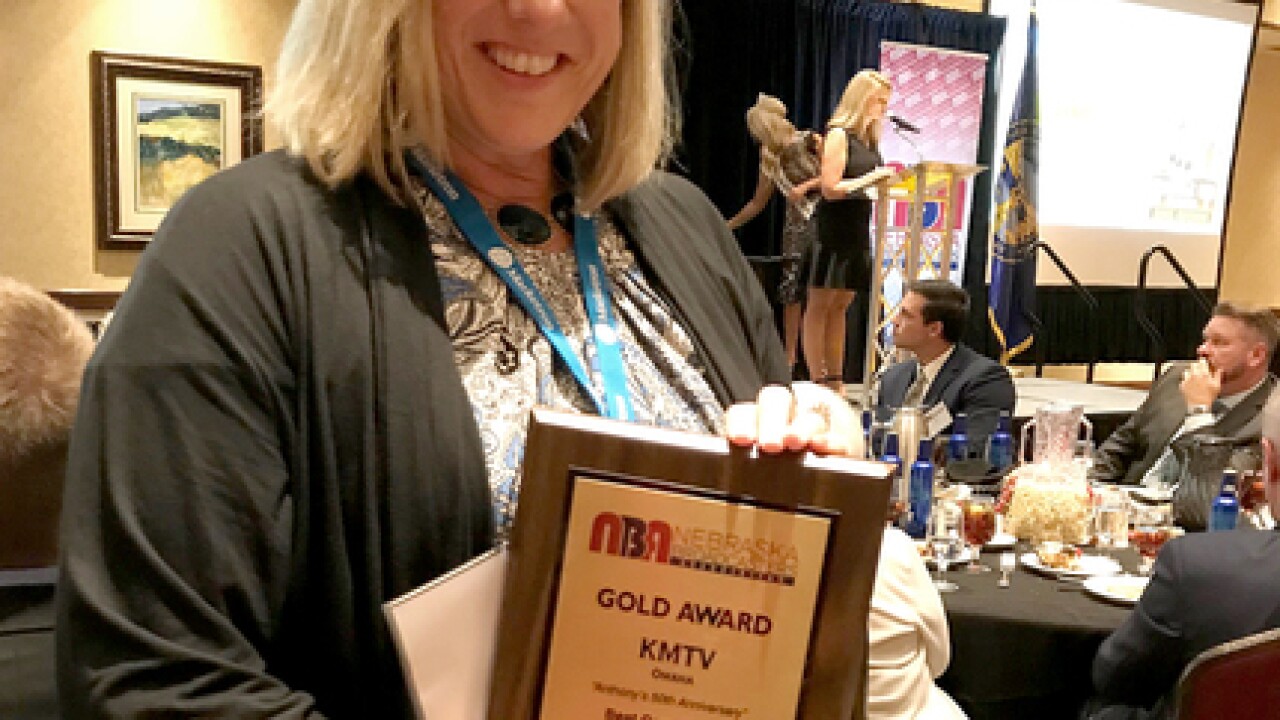 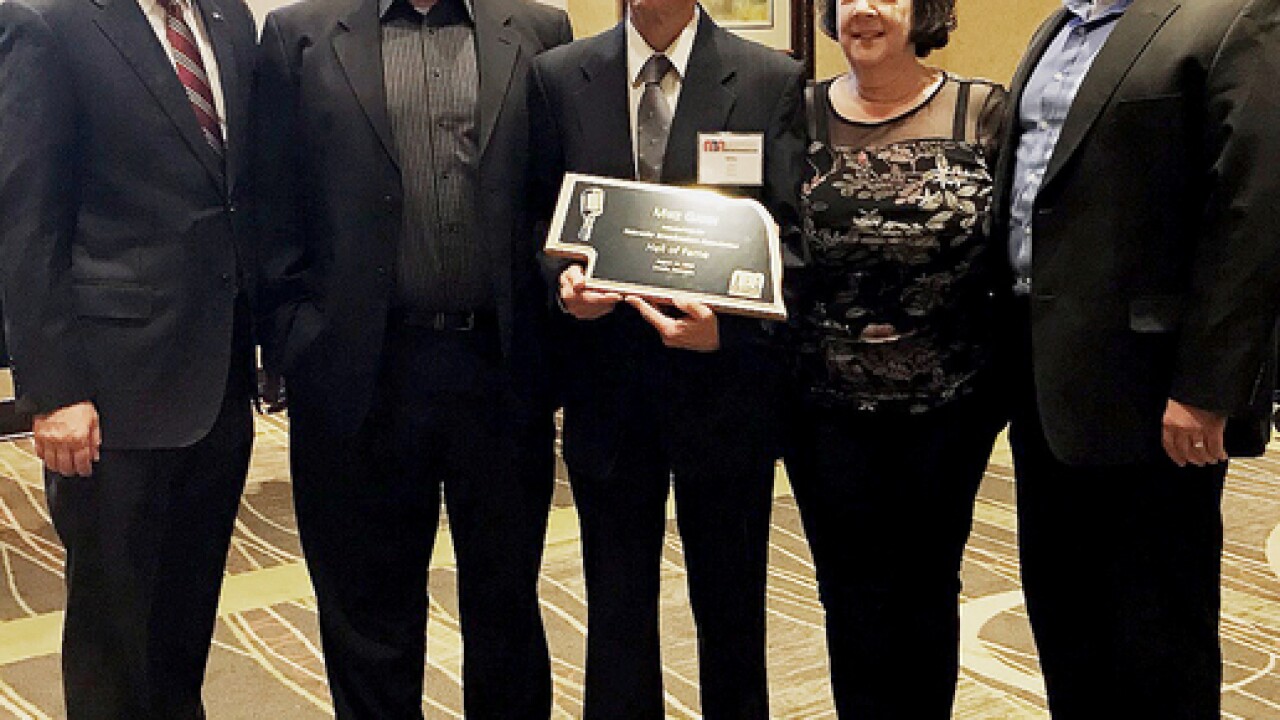 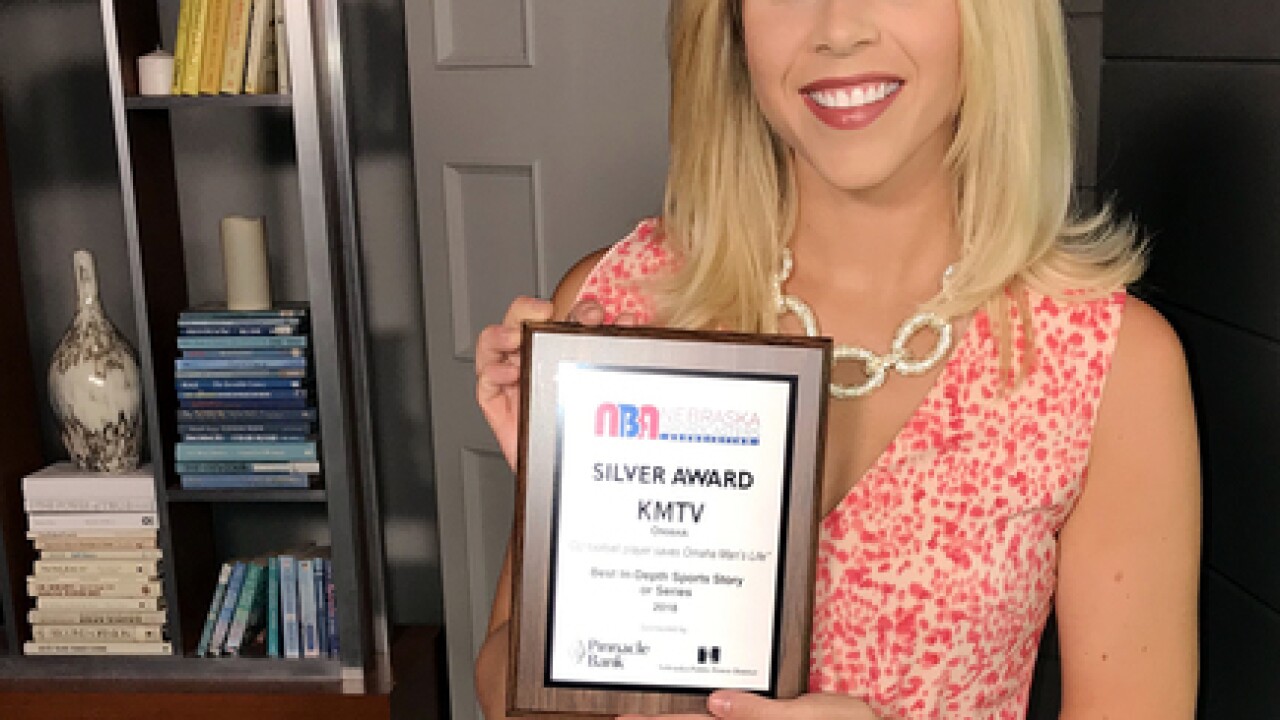 The win further established 3 News Now as best in Nebraska: The station's 4 p.m. newscast — Upfront at 4 — was selected by The Associated Press as the state's top broadcast earlier this year.

But the newsroom isn't the only department excelling at 3 News Now. KMTV's Creative Services Department also took home an NBA Gold Award on Wednesday night: Jesse Coler's video ad for the 50th Anniversary of Anthony's Steakhouse was honored as Best Commercial by the organization.

Reporter and anchor Emily Szink and photojournalist Wade Lux were also awarded the NBA's Silver Award for Best Sports Story or Series on Wednesday night for their story about a Colorado University football player who saved an Omaha man's life by way of a stem-cell transplant.