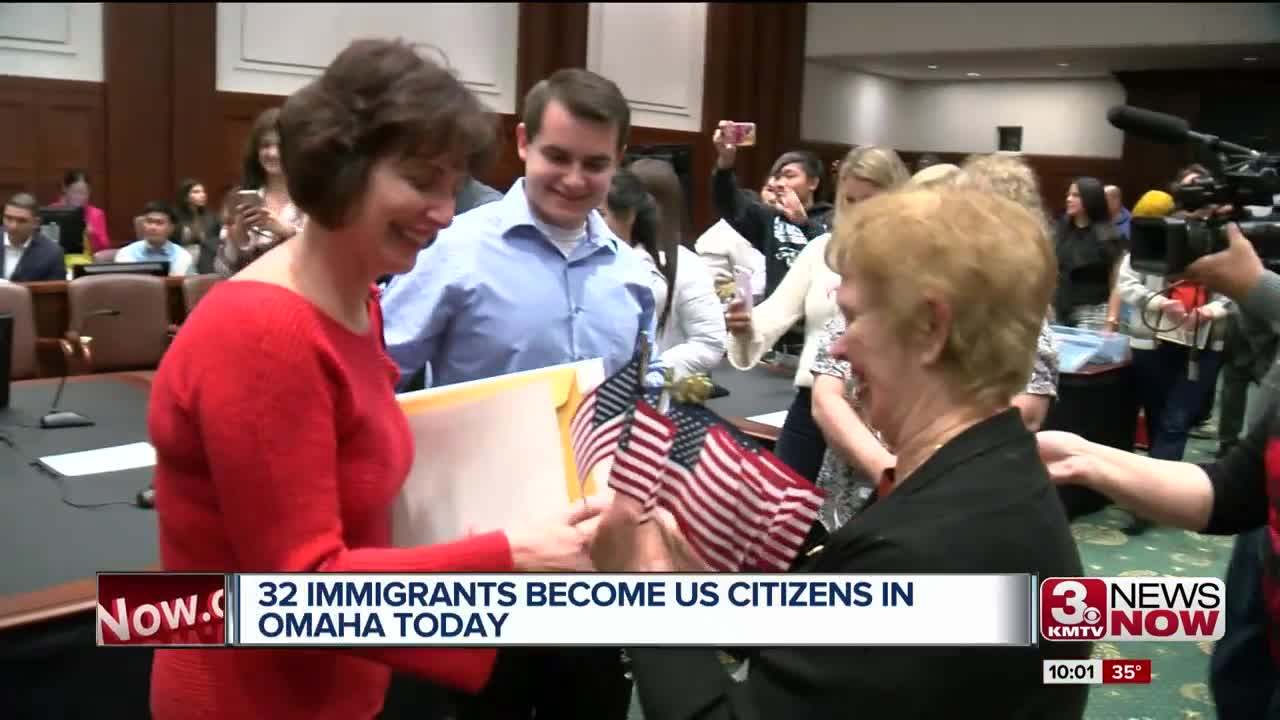 OMAHA, Neb. (KMTV) — It was a ten year journey, but Friday afternoon Carmen and Nelson Rossi became American citizens, together.

The husband and wife first came to the states from Brazil ten years ago. Nelson, a Seventh Day Adventist pastor, got a job in New England.

Eventually they landed in Omaha. All the while, they were working through the system, striving to be Americans.

"It's the most powerful democracy in the world, so to be part of this is wonderful, it's really wonderful,” says Nelson Rossi.

"For me it's a huge privilege to be here, especially because I've been learning the language and the culture,” says Carmen Rossi.

They certainly weren't alone. 30 other, now Americans took the oath of allegiance with the Rossi's, including Ryan Hooman, coming from Afghanistan.

"Afghanistan was you know, a lot of problem, a religious problem, a foreign nations problem, for a politic problem and not safe,” says Hooman.

Hooman has been living in the US for six years, but fled Afghanistan 19 years ago. He first stayed in Azerbaijan before making it to America.

Once he was here, he knew he wanted to stay.

"More better opportunity in the future for me and freedom really, freedom and everything,” says Hooman.

The common theme from the country's newest citizens was that the process is stressful, but for Nelson Rossi, he had inspiration to keep going.

"My son became a citizen before us, he's a soldier, became an American soldier and that inspired me to go through this process more and more. Because it's hard, but when I saw them and their dedication to the country that inspired me a lot,” says Nelson Rossi.