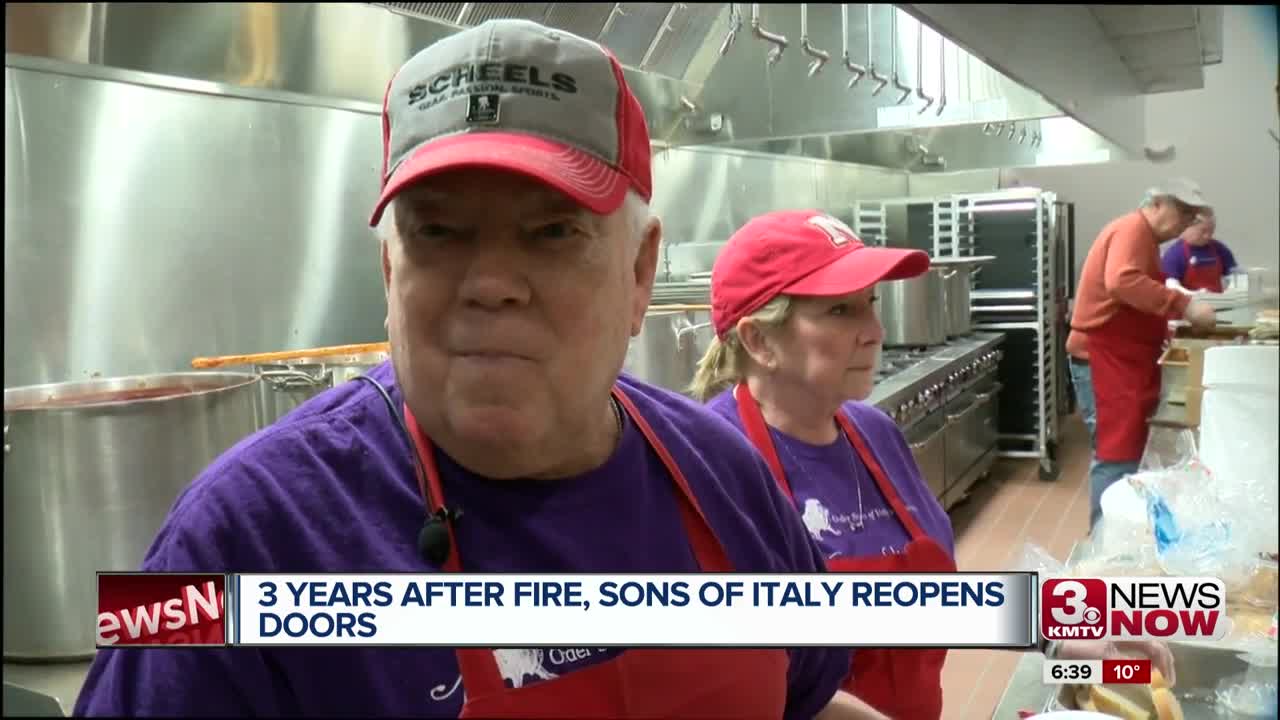 How the Sons of Italy were able to revive an Omaha tradition.

"I saw the fire from my work window, three years ago or whatever it was and we were looking at it. And then I came by and saw the damage and it was pretty significant," says regular Nick Gibilisco.

After the place was gutted, the owner couldn’t hold back tears..

During that three year span, there were work stoppages, concerns about who's going to fund the re-construction that insurance won't pay for.

"I've had a lot of people come up to me and say, don't let it die. Don't let it die," says state president of the lodge, Dan Matuella.

Eventually, thanks to generous donors, they found the money. Thursday they re-opened their doors.

"Seeing the same people we haven't seen for four years. Being 84, I don't mind at all coming back, this is just like a second home,” says Jack Hartley, a volunteer in the kitchen.

Inside it was construction workers, politicians like city council-member Vinny Palermo, everybody seemingly came back.

"It's a melting pot and that's what makes this thing go around. I think this is why people are so eager for us to be back,” says Matuella.

The lunch on Thursday was more than a meal for Nick Gibilisco .His relatives are kind of legends down here, with pictures of his great grand-father, dad, uncle and himself, on the newly placed dry-wall.

"We all used to come down here as a family, sneak out of school sometime for lunch,” says Gibilisco.

Now he's passing on the tradition to his daughter Maggie.

"Feeling a little under the weather, so I thought we'd swing down here and be here for opening day,” says Gibilisco.

The Gibilisco's weren't alone. It was a packed house Thursday.

So much so, the food supply was dwindling.

That's nothing new for regulars there, who say after over three years, some things never changed.

"We walked through the door, we paid for the meal and the gal remembered who we were and then we met with somebody else and she knew who we were so it's like we never left,” says Walter.

The Sons of Italy are still about $150,000 in debt to pay for the building and say they’ll still take any donations they can get.