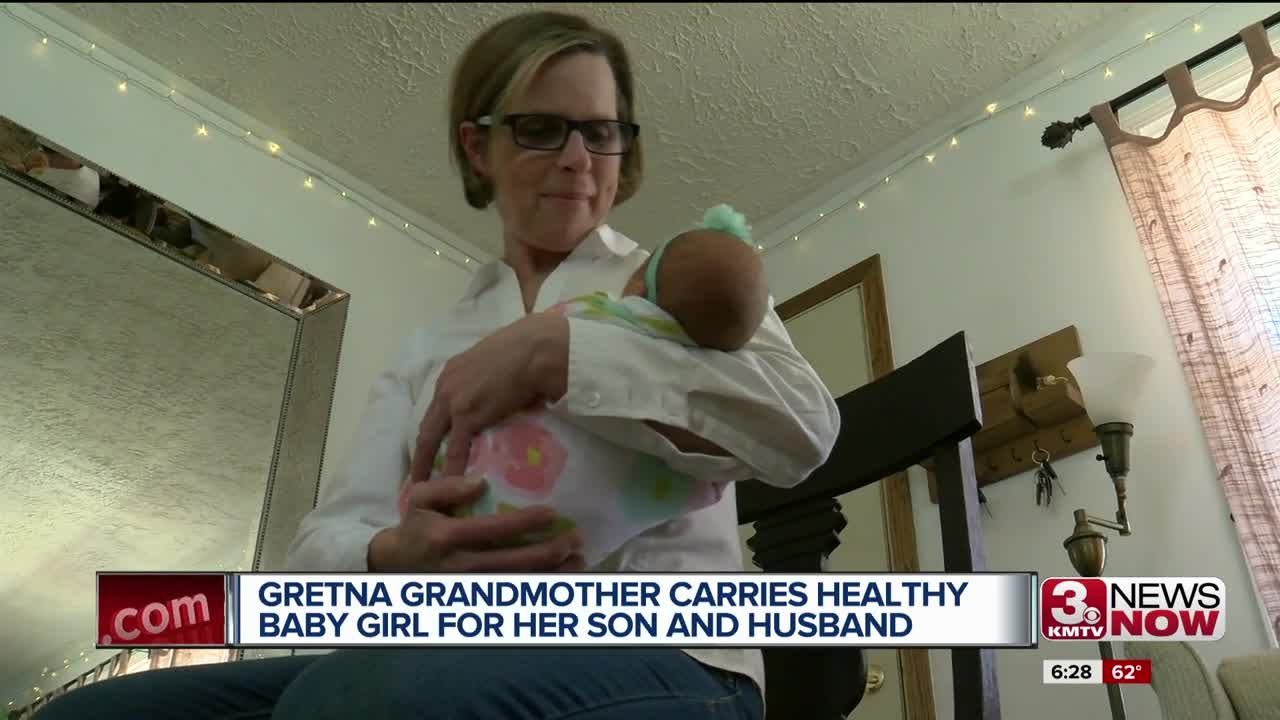 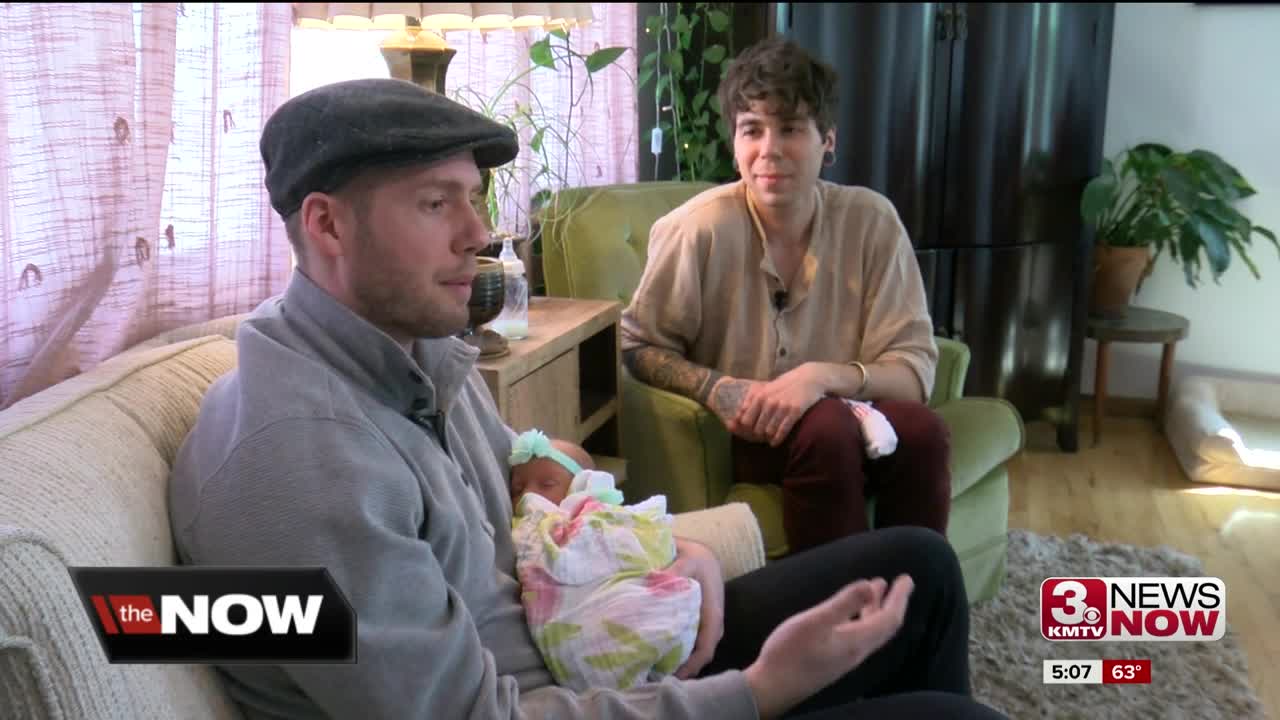 OMAHA, Neb. (KMTV) — Baby Uma Louise Dougherty-Eledge will have a unique story to tell her friends when she's older.

Born on March 25 at Nebraska Medical Center, Dougherty-Eledge was carried by her 61-year-old grandmother Cecile.

"I had a kid a week ago, that's what they tell me," said Cecile Eledge.

Eledge's son Matthew and his husband Elliot Dougherty wanted to have kids for the last two years. Deciding to do In Vitro Fertilization (IVF), Matt and Elliot needed an egg donor. Elliot's 26-year-old sister Lea volunteered.

"What can I do, I want to help so bad, I'll do anything to help," said Lea Yribe.

"My mom had passed a couple of years ago and the idea of having my have that connection to our mom that we loved really dearly," said Elliot Dougherty.

After finding an egg donor, the couple needed a carrier. Since Lea just had a kid and was planning on having others down the road, the couple didn't consider her as an option. Up stepped Matthew's 61-year-old mom.

"I said if you're looking for candidates, throw my name in, I would love to be a gestational carrier," Cecile Eledge said.

"My mom has always taken care of me, we have the joke that I'm the baby of the family and she does everything for me and we've taken it to a new level," Matthew Eledge said.

While Matthew's mother may have been willing to carry the kid, doctors had to conduct tests to make sure it was feasible for her to be the surrogate.

"We had to be convinced by the medical doctors that she was in great shape and she was fully capable of doing this," Matthew Eledge said.

It turned out, it was not only possible, but plausible.

"I didn't want something to happen to my mom or put here at risk because we wanted to have a kid," Matthew Eledge said.

"All I had to do was donate a year and a half of my life, it was something I was willing to do for my children, my son and son in-law," said Cecile Eledge. "The doctors said we're going to go day by day with you and we'll write the textbook as we go."

On the first try of IVF, Cecile got pregnant. Throughout the process Matthew's dad and Cecile's husband was by his wife's side.

"It was never look at our baby, it was always look at our granddaughter, look at what she's doing," said Cecile Eledge.

After Uma was born last week, the first-time father's parental instincts kicked in.

"Holding her and feeling her I never felt a love like that before and I felt we could do this and go from there," said Matthew Eledge.

"I held her and I felt a bravery I never felt before," said Dougherty. "It was overwhelming in the emotions and the love. I knew I would rise to the occasion and do whatever she needed to."

The couple decided Louise would be Uma's middle name, the same middle name her grandmother has.

"We wanted Uma to have that connection with her grandma," said Matthew Eledge.

"I'm grateful it's not her first name, but her middle name," said Cecile Eledge.

The saying goes it takes a village to raise a kid. For Uma Dougherty-Eledge, her village is a part of who she is.

"We'd like to tell her that her Aunt Lea donated the egg, she gave the seed of life and her grandmother gave her the loving garden to bloom," said Matthew Eledge. "What better role models than those two."