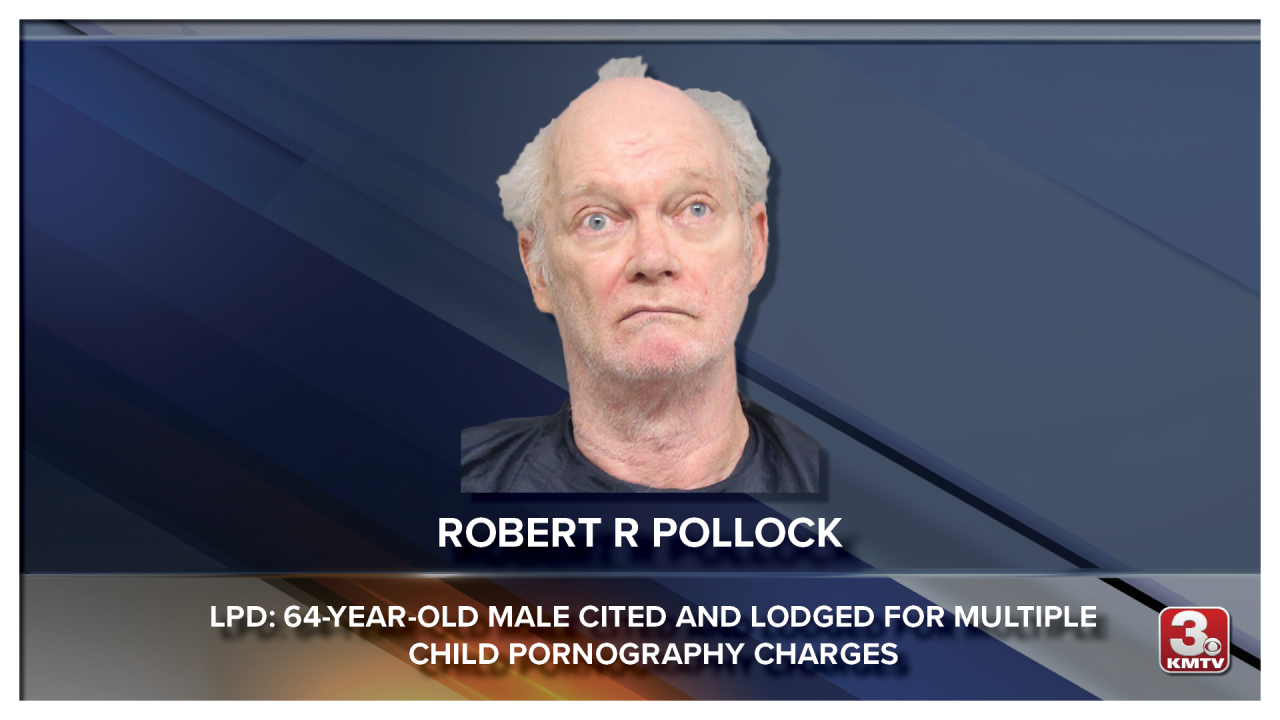 OMAHA, NEB. (KMTV) — The Lincoln Police Department says a 64-year-old suspect has been arrested for child pornography charges after a joint investigation with the Nebraska Attorney General's Office led investigators to his home.

After identifying an IP address that police say offered to participate in trading explicit files of underage individuals, investigators carried out a search warrant at the apartment of Robert R. Pollock of Lincoln.

Following the discovery, Pollock was cited and lodged for: