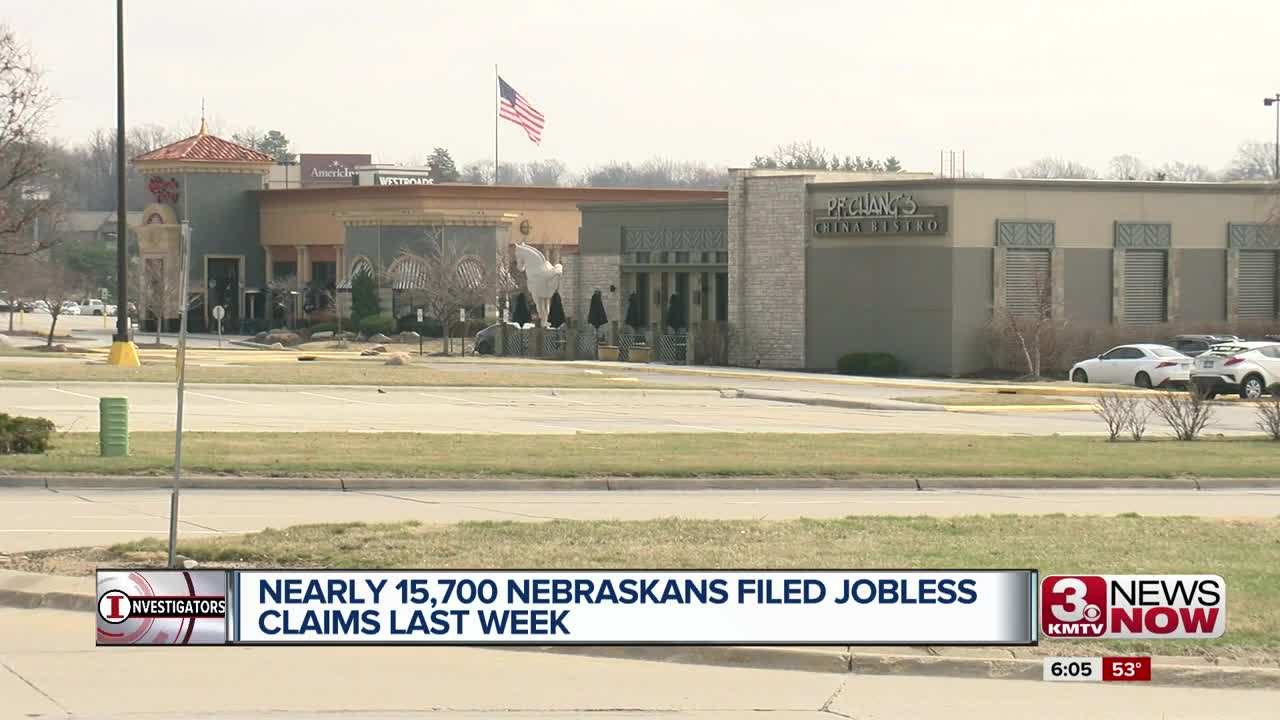 Nearly 15,700 Nebraskans filed for unemployment benefits last week and restaurant employees are a big reason why

OMAHA, Neb. (KMTV) — Madison Carter only got through training and one shift at her new job at PF Chang's in Omaha. Then she was laid off.

"All of us working in the industry were like, 'What do you mean you're going to shut restaurants down?'" Carter said. "You hear something like that, you don't think it's real until you actually start seeing it happen."

Carter is one of almost 15,700 Nebraskans who filed jobless claims last week amid a pandemic that is threatening lives and wrecking her industry along the way. She was a waitress at Granite City in Omaha until it closed early this month, unrelated to the virus.

"I'm terrified," Carter said. "I live here in a two bedroom apartment – one income that is now no income."

Gov. Pete Ricketts issued an order loosening unemployment regulations last week. People filing claims no longer need to prove they are searching for work. Pay will come a week earlier than normal and employers will not contribute to payments.

Nebraska Commissioner of Labor John Albin said there could be a delay in processing the claims because of the sheer amount, but he's cautiously optimistic because many of the applications should be relatively straight forward.

Creighton University economist Dr. Ernie Goss said the worst is yet to come when it comes to the economy.

"We all have to get ready for a little pain," Goss said. "The pain is going to be shared."

Goss said the level of uncertainty is unprecedented, even compared to the Great Depression. The number of people filing for unemployment in mass last week was unprecedented: nearly 2.9 million.

"There is no amount, in my judgment, of stimulus that could come from the federal government that would replace the lost economics in this case," Goss said.