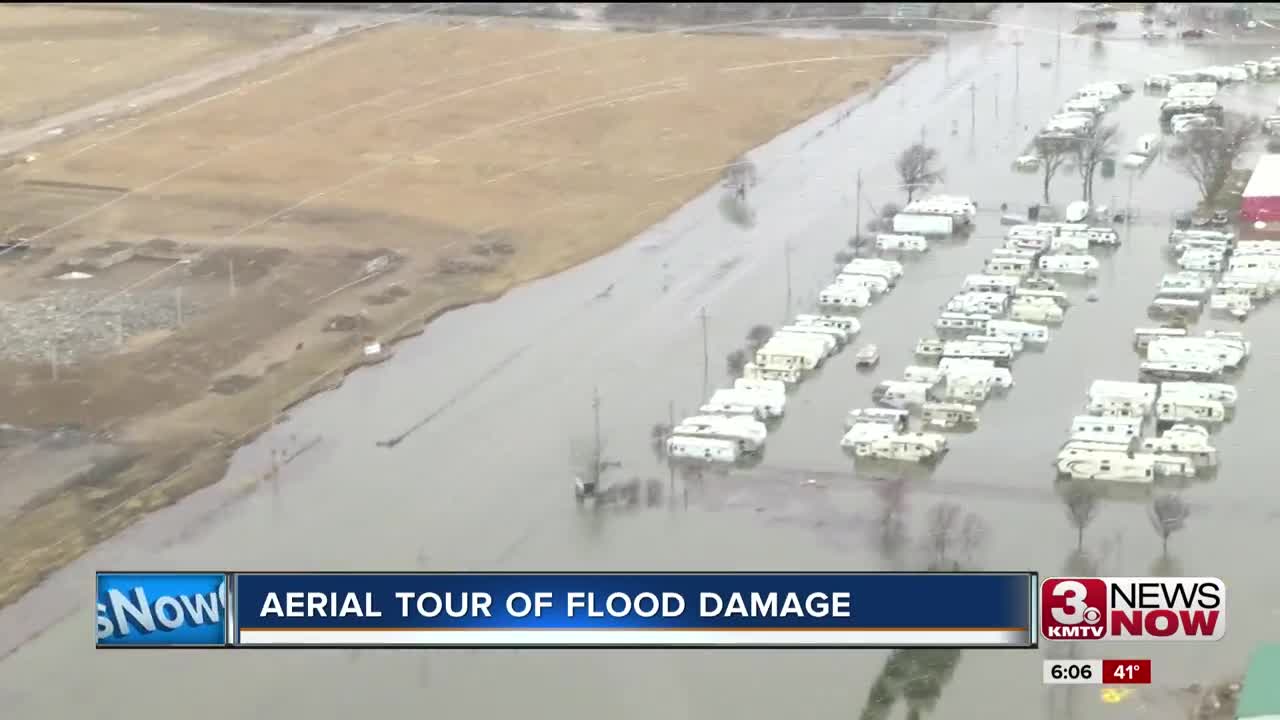 “It’s really emotional,” Wolfe said. “Because these people are really uncertain what’s going to happen even though they are safe their property may be destroyed.”

Tuesday he took us on an aerial tour of the flooded areas near Waterloo by the Elkhorn and Platte Rivers. We saw cattle stranded on a dry strip of land, miles of flooded farm land, and washed out streets.

“The threat is gone,” Wolfe said. “Just leaving the damage now, you can see campers on their on their side destroyed.”

Maple Street is back open, but water is still right at the edge of the roadway.

You still cannot drive to riverside lakes. But residents are walking into their neighborhood over pallets, anxious to get back home after evacuating last Thursday.