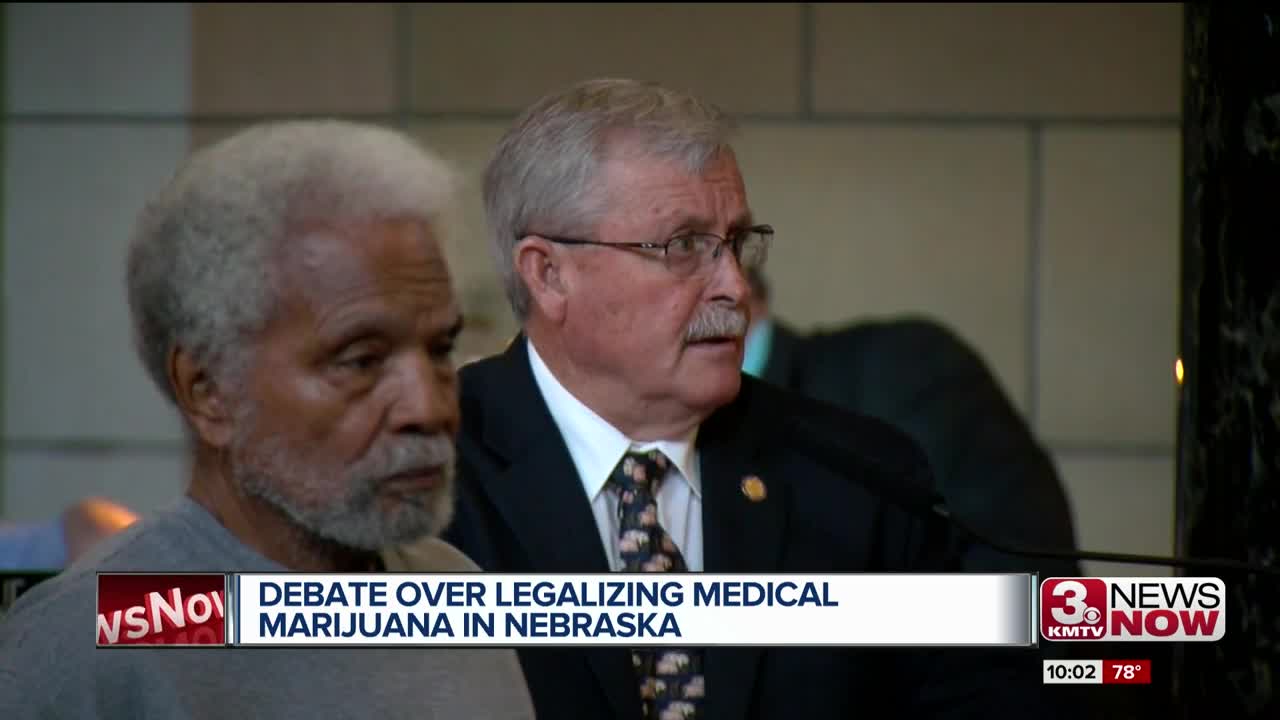 A bill in the legislature that would legalize medical cannabis failed to even get a vote, likely dooming the legislation.

LINCOLN, Neb. (KMTV) — After three hours of debate, no vote was held by the legislature on a bill that would legalize medical marijuana.

Senator Anna Wishart, who introduced the bill, will need to prove she has 33 votes to overcome a filibuster if it has any chances of passing.

We saw both sides come with evidence and strong arguments for legalizing medicinal marijuana.

Senator Anna Wishart who introduced the bill says there’s loads of evidence that cannabis can stop pain and suffering from those with with epilepsy, cancer and a wide range of other ailments.

Others in support of the bill say if it doesn’t pass. The voters may do so at the ballot box in 2020, with significantly less restrictions than the bill that was debated tonight.

Those against it say Colorado has taken a step back since legalizing the drug and that it’s a slippery slope to legalizing recreational pot or even other drugs.

Another argument made is that marijuana is a schedule-1 drug and because of that has not been tested by the FDA to know the medical purposes, saying it’s a legal house of cards to approve this bill.

“You don’t a prescription, you get a permission slip, because it’s not a drug regulated by the FDA, so you don’t know how much to give you, or what the strength is going to be, or how much to take. It’s like playing Russian roulette,” says Sen. Steve Erdman.

Senator Adam Morfeld says the senators against the bill are partially to blame for that.

It’s likely now a petition drive will pick up, with the goal of getting medical cannabis on the 2020 general election ballot.