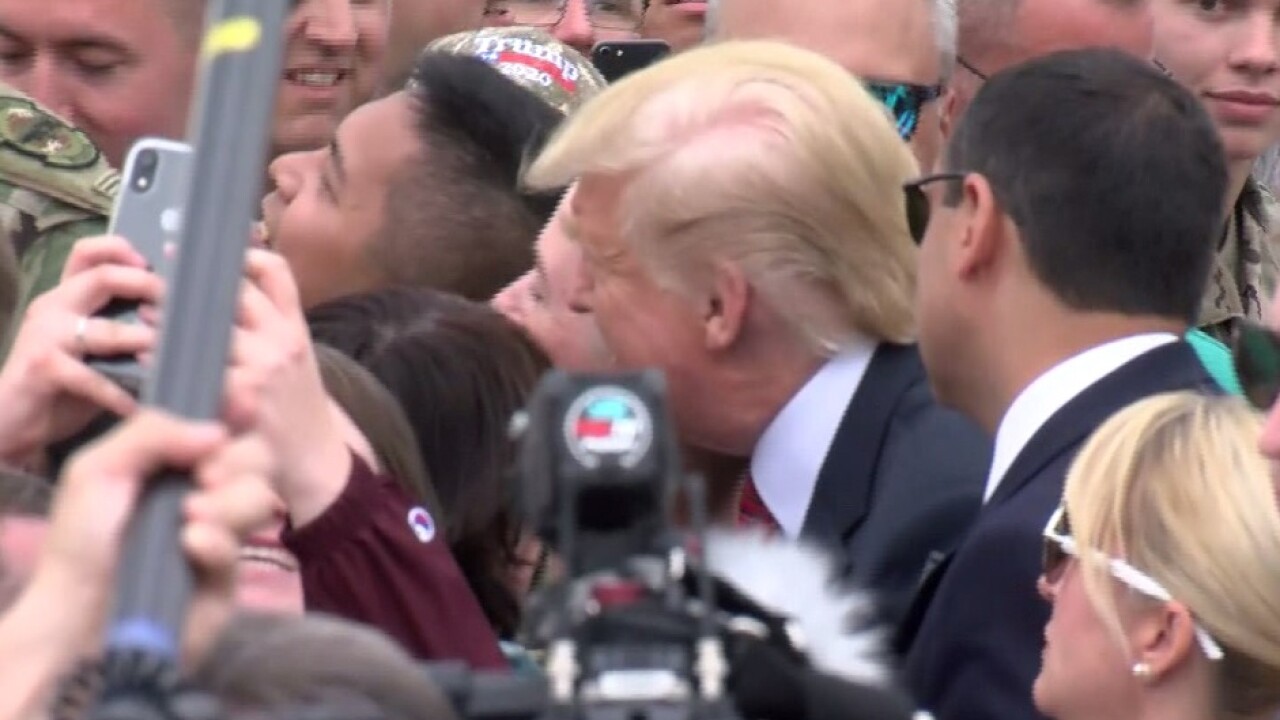 OMAHA, Ne (KMTV) — When President Trump landed at Offutt Airforce Base Tuesday, he spent about ten minutes with the crowd welcoming him.

He shook hands and took pictures with many of the airmen including Staff Sargents Whitney Montoya and April Musto.

They say it was incredible to be able to take a selfie with the commander in chief.

"He shook pretty much everyone's hand down the line, so that was pretty awesome, Musto said.

"He almost made it known he wanted to take the time to acknowledge everybody even the ones in the back, so that was really awesome," Montoya said.

Dozens of airmen were all excited to greet President Trump.

He also signed a USA hat for a little boy.

On Tuesday, he visited the Southwest Iowa Renewable Energy facility in Council Bluffs before heading to the Republican Party of Iowa's annual dinner in Des Moines.

This was his first trip to an ethanol plant since taking office.