All lanes of Highway 75 open near La Platte 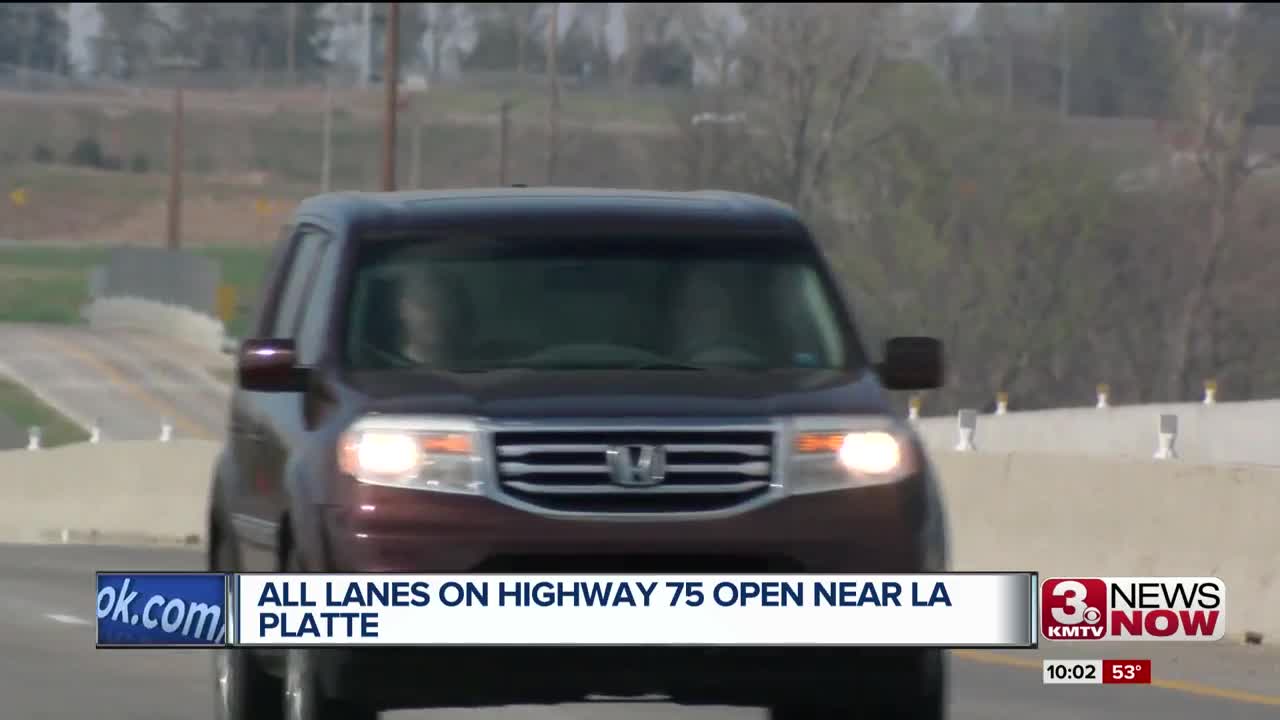 LA PLATTE, Neb. (KMTV) — After nearly three years of roadwork, Highway 75, in both directions is up and running near La Platte.

Highway 75's seen congestion during this construction. With the highway being the main detour for I-29 in the area, it was important to get all lanes open as soon as possible.

"This allows us to open it up and get traffic moving," said Tim Weander, the district engineer for the Nebraska Department of Transportation. "There's still going to be congestion during the peak hours because of traffic and we'll have contractors out there working. We ask everyone to be patient as we complete the project."

The La Platte section of Highway 75 is part of a bigger roadwork project going from Nebraska City to Omaha. While all lanes are open, the road work is continuing on the highway until June. According to Weander, the project cost $38 million.