'All you can do is pull up your boot straps and start over I guess.' Displaced Bellevue residents unsure of what's next 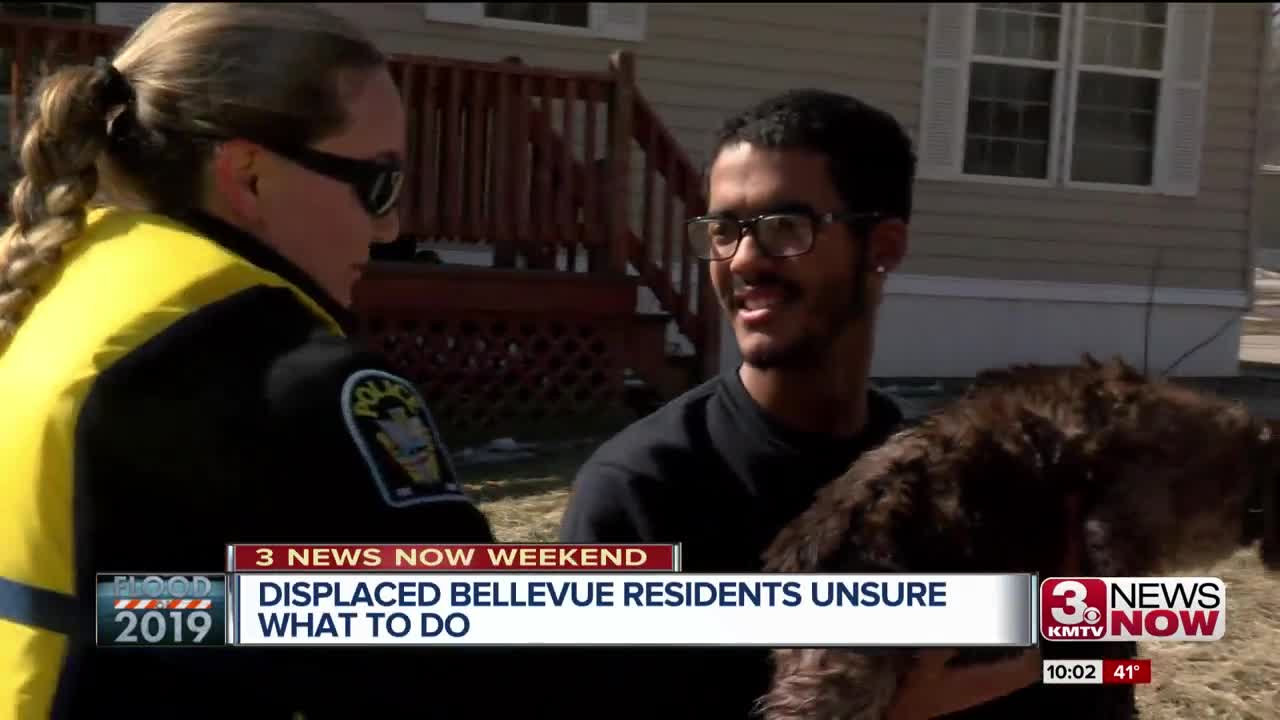 BELLEVUE, Neb. (KMTV) — With water spilling over the banks of the Missouri River, Gerald Simpson and his wife, who live in Green Acres, were told friday afternoon they had only 15 minutes to leave.

"They were telling everybody just grab what you can and get out,” says flood victim, Gerald Simpson.

They grabbed everything they could including clothes and jewelry. The couple made it safely to higher ground and are staying with family in another part of Bellevue. From here, Simpson can see the swollen river, but not his house. So he's assuming the worst.

"Naturally to save a dollar we didn't take out any flood insurance. Now we've lost everything," says Simpson.

Right now, everything is touch and go.

"I'm just kind of in a fog, I don't know what we're going to do but all you can do is pull up your boot straps and start over I guess,” says Simpson.

Many members of the public are trying to get as close as possible to get a good look at the damage, but this spot is as far as authorities are letting the public go, police though are down there trying to help the victims out.

As water levels got worse in green acres, Bellevue Police went from home to home by boat. They were were able to rescue a cold and wet kitty inside a residence.

"Fortunately one of the windows was open on this trailer and we were able to reach in and get it,” says Larry Lampman.

Police later got the cat back with his owner, Cordell Belt, who didn't expect the waters to get this high near his home.

"I've got three days worth of clothes, three days because I was expecting to come back tomorrow,” says Belt.

He was at least thankful he got his cat back, but he doesn't know where he and his fiancee will sleep tonight.

"I mean honestly I was about to in my d**n self, I mean I know I would have got arrested but hey at least I would have somewhere to stay,” says Belt.