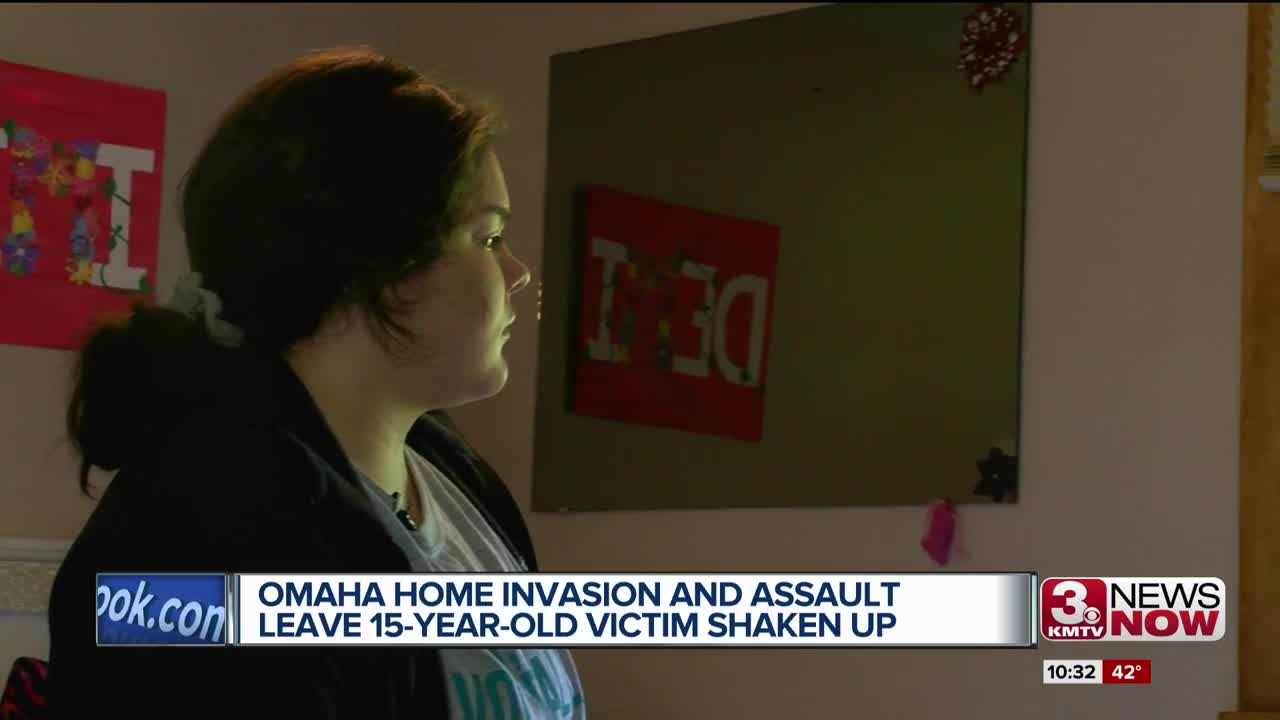 OMAHA, Neb. — A 15-year-old girl says she was attacked by a stranger in her home.

According to police reports Annalena Halac says she was assaulted in her own home near 60th and L Street early Friday morning as she was getting ready for school. The Omaha Police Department is investigating and has no comment at this time.

Halec told us that she heard noises in the kitchen that morning but thought nothing of it. She says she then started getting dressed when the intruder jumped out of her sister's closet and attacked her for nearly 10 minutes.

Annalena says she was able to get away after she hit the attacker with a vase. She then ran downstairs to get her father who was sleeping. The suspect then left the home. The incident left her very shaken up.

"I had a panic attack actually, I couldn't breathe. I was just standing there. There was blood everywhere. I'm just glad I got out and I survived. Because I don't know what else could've happened if I didn't," she said.

According to the police report the suspect reportedly left the home by possibly jumping out of a second-floor window.

Annalena's father never saw the suspect. The police reports say the suspect was wearing a mask, green hoodie and dark pants. The investigation into what exactly happened remains ongoing.

We'll have more details as they become available.