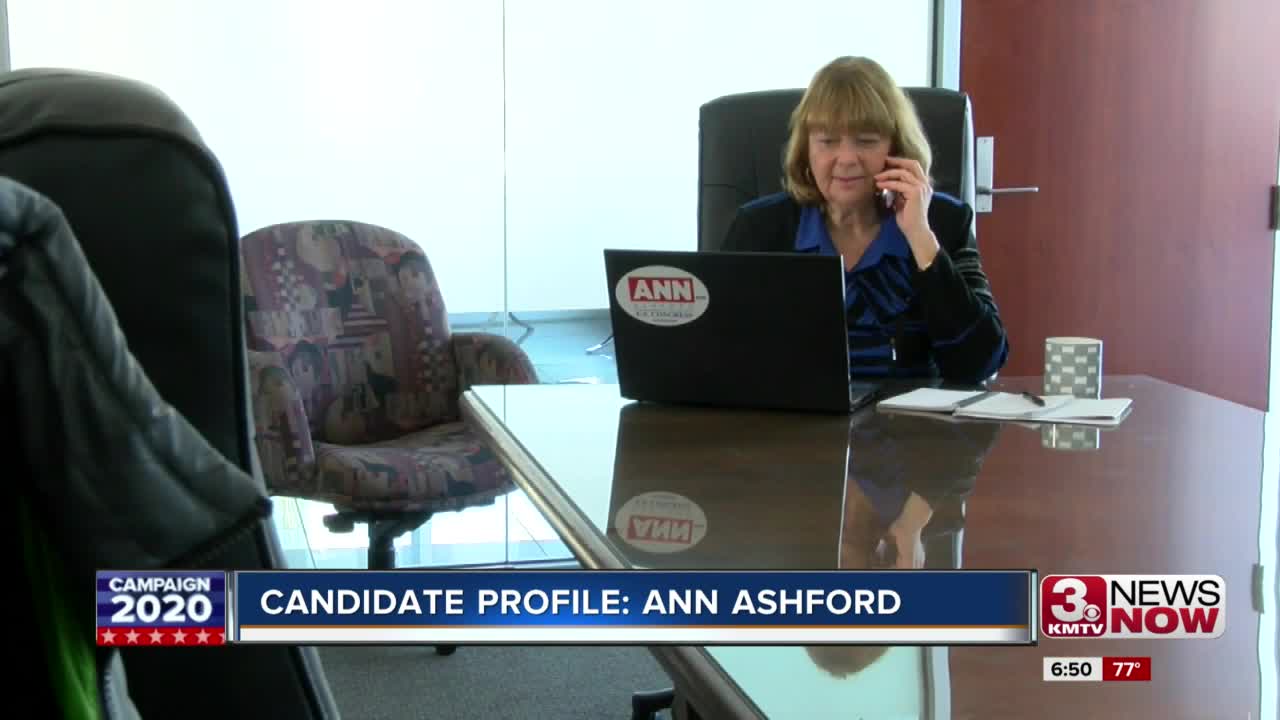 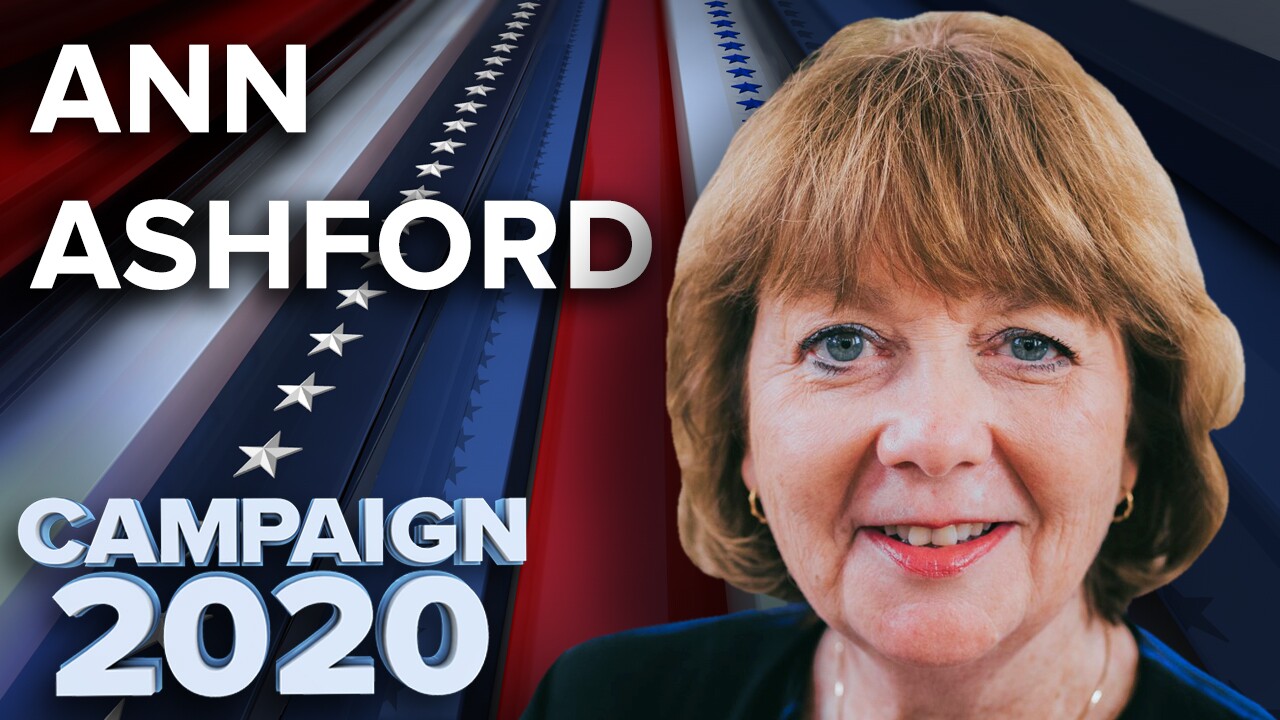 OMAHA, Neb.(KMTV) — Ann Ashford believes Democrats missed their chance to take Congressman Don Bacon’s seat in 2018 and she doesn’t want it to happen in 2020.

“I'm the only one who can beat Don Bacon in the fall,” says Ann Ashford, who formerly worked in healthcare and human resources.

Ashford is telling voters she’s a more moderate alternative to Kara Eastman, who lost to Bacon two years ago in the general election.

“We have destroyers and we have builders. I’m a builder and so we have to recognize the issues that we have in place and address the problems,” says Ashford.

Ann Ashford is the wife of Brad Ashford, who represented the district for two years, only to be beaten by Rep. Don Bacon in 2016.

“He is an inspiration for what a good legislator does,” says Ashford.

Ann says her and her husband largely agree on issues, although she’s more socially liberal on issues like marijuana legalization.

Still her priorities are climate change and healthcare, which she says is a human right.

Her ideal healthcare bill would include a public option, where Americans can buy healthcare from the government. But she also wants to see reduced and controlled costs, and a mandate for Medicare to negotiate with pharmaceutical companies.

The public option is an idea the presumptive Democratic nominee for president, Joe Biden, supports, and something her competitor Kara Eastman, who favors a ‘Medicare for All’ plan, believes doesn’t go far enough.

“There’s no reason why we need to tear down our entire system and start from scratch on something that wouldn’t pass anyway and has a price tag of 52 trillion dollars over the next decade,” says Ashford.

Whether it be healthcare, guns, climate change or whatever else may come her way, Ashford preaches pragmatism, saying she can deliver actual results.

“I’m not going there to fight, I'm not afraid of a fight, but there’s no reason to have more fighting than we have today,” says Ashford.

Ashford calls Rep. Don Bacon a nice guy, but says he doesn’t support the interests of his district, instead she believes he is taking cues from the Republican Party and President Trump.