Anti-war rally held in Omaha as Iranian and U.S. tensions continue to rise 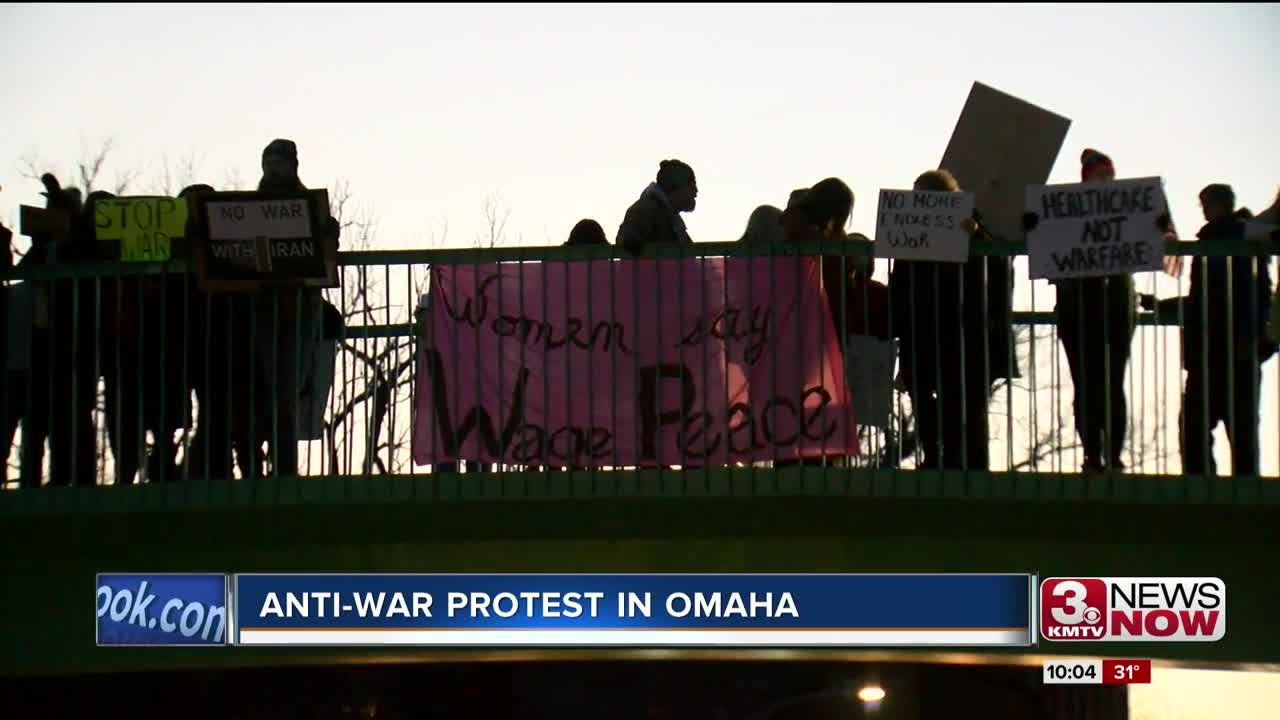 OMAHA, Neb. — Demonstrators across the nation and here in Omaha gathered to say they don't want our country to go to war, as tensions between the U.S. and Iran continue to rise.

Anti-war demonstrators gathered on 58th and Dodge to voice their concerns.

"We see imminent destruction coming our way and we want to stand in the way of it. It's just too much," protester Dean Harris said at the demonstration on a pedestrian overpass.

Their voices were not going unnoticed. Honks of support and disapproval filled the streets under the overpass. The demonstration was part of a nationwide "No War With Iran" rally that took place Thursday evening in multiple cities across the country.

"To get in another war or play around with it is fool-hearty and stupid," protester Teresa Hassler said.

Last week Iranian general Qasem Soleimani was killed in a drone strike by U.S. forces in Iraq. Soleimani's supporters flooded the streets mourning his loss and now many Americans are fearing retaliation from supporters and other Iranian officials.

President Trump then ordered thousands of U.S. troops to the Middle East. Most recently Iran sent a missile attack on U.S. targets in Iraq that many international officials believe also took down a Ukrainian airplane killing all 176 people on board. The protestors in Omaha are fearing the worst.

Others protesters are fearing the cost of war is just too much.

"We've got to stop. Our resources are not endless. What are we going to do, spend every penny that we have and put our children and grand-children in debt," Hassler said.

Their pleas for government officials and President Trump are simple.

"Call a cease fire to de-escalate the situation immediately and to protect our citizens at home and our soldiers abroad," Harris said.

President Trump defended his actions and lashed at Congressional Democrats for their criticism over the killing of Soleimani at his Thursday night rally in Toledo, Ohio.

"They're all trying to say 'how dare you take him out that way, you should get permission from Congress," President Trump said.