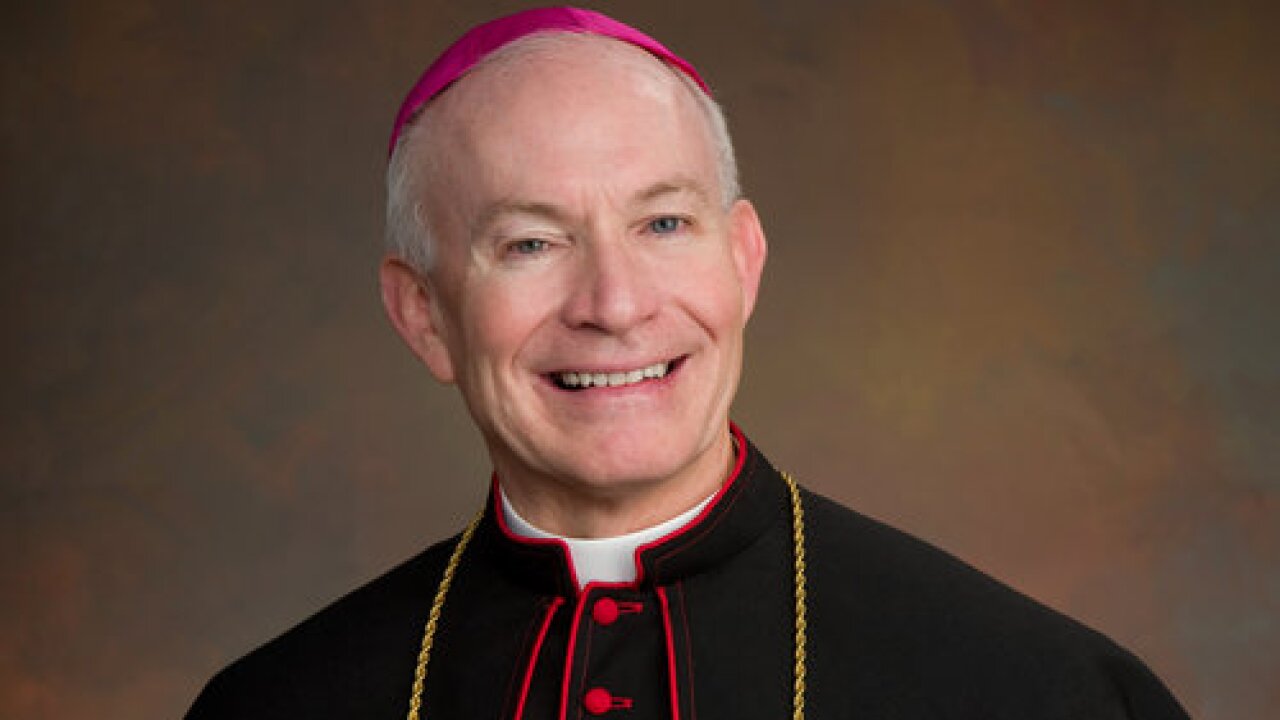 OMAHA, Neb. (KMTV) — Today, Pope Francis issued new rules on how the Catholic Church will handle and report cases of abuse. With his orders, dioceses will also need to come up with their own systems of reporting abuse and cover-ups. Omaha's Archbishop George J. Lucas says they're ready to do so.

Omaha's Archdiocese released the following statement regarding the Pope's orders:

Pope Francis has relied on a rarely used pontifical tool to make it mandatory for dioceses and religious orders throughout the world to come up with a reliable and public system for reporting cardinals, bishops, priests and deacons suspected of sex abuse of minors and adults.

The new Catholic church law, titled Vox estis lux mundi (“You are the light of the world”), was issued motu proprio, or by the pope’s own initiative.

The phrase motu proprio does not refer to a document itself, but rather the manner in which a document is released.

A pope releases a document motu proprio to signal special personal interest in a subject or when he wants to change or enact existing church law.

Vox estis lux mundi is one of the concrete measures called for by Pope Francis at the February 2019 meeting on the protection of minors in the church.

The procedures are designed to ensure quick and just verification of allegations. Special emphasis is placed upon the possibility lay people assisting with investigations.

The new law mandates the creation, where they do not already exist, of systems to report:

• sexual abuse of minors and vulnerable adults by all dioceses of the world;

• the use of violence or intimidation (whether with minors or adults) to engage in sexual acts;

• the possession or distribution of child pornography;

• alleged misconduct and the cover-up of sexual misconduct committed by cardinals, bishops and heads of religious orders

The law also mandates policies to protect victims and people who report under the new system; the requirement to provide assistance to victims; and the requirement that dioceses observe civil laws governing mandatory reporting of abuse.

“The Holy Father is demanding that bishops, priests and deacons be held accountable for misconduct, and he has given the Church a structure for reporting and investigating,” said Archbishop George J. Lucas. “He is making sure victims world-wide will be heard, receive the care they deserve and that offenders are held accountable. I look forward to working with the bishops of the U.S. in June to spell out how bishops are to be held accountable.”

Nothing in the new law changes or interferes with systems established by the U.S. bishops’ Charter for the Protection of Children and Young People and adopted by the Archdiocese of Omaha in 2002.

A review board of clergy and lay members already assists the archdiocese in examining sexual abuse allegations against priests and deacons. A new ministerial conduct board will be constituted in June to review allegations of adult sexual misconduct.

The archdiocese has a system in place of reporting allegations of sexual abuse of minors to local law enforcement agencies. Victims also know they can make a report to the archdiocese’s victim assistance manager.

Over 40,000 adults and children have received the archdiocese’s safe environment training, which includes a criminal background check for adult volunteers and employees.

The archdiocese training program is used in more than 40 dioceses across the nation and hundreds of Protestant churches.

Dioceses world-wide without a reporting system must establish one by June 1, 2020.