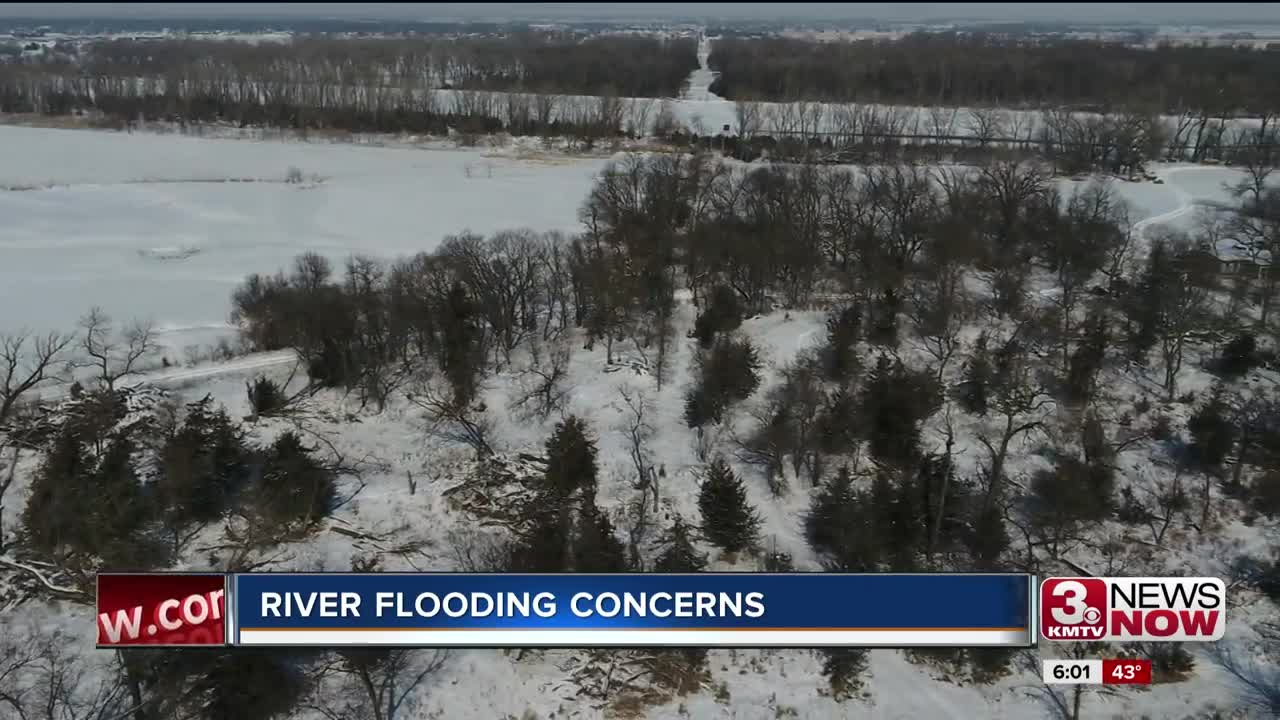 OMAHA, Neb. (KMTV) — The Natural Resources District says they continue to monitor rivers around the area and creeks because of a number of factors--ice jams, rain, as well as the snow melt.

The levels are up and the ice is riding the current. The Platte and Elkhorn Rivers have county emergency managers and the Papio natural resources district worried.

They say the huge amount of snowfall, river ice that's 1-to-2 feet thick, and the potential rain could create a disaster.

“They're projecting some record amount of flooding along the Platte river again that depends on the amount of rain we receive over the next couple of days," John Winkler, General Manager of Papio Natural Resources District says.

The Papio NRD says they've got the ice blasters mobilized ready to help if there's an ice jam, likely on Thursday.

"All we can do is monitor right now and hope things aren't as bad as they are, really the only thing we have control over is we can move the ice if it jams."

They're also informing residents along the banks to have an evacuation plan ready.

Mary Pat Sacco lives at Hanson Lakes and says she watches the river every day to make sure it's moving.

She says they haven't been evacuated in more than 25 years.

"I just worry that it comes up over the banks but it looks like it's going to move ok hopefully if we don't get too much rain and some of the snow melt goes easy we should be okay."