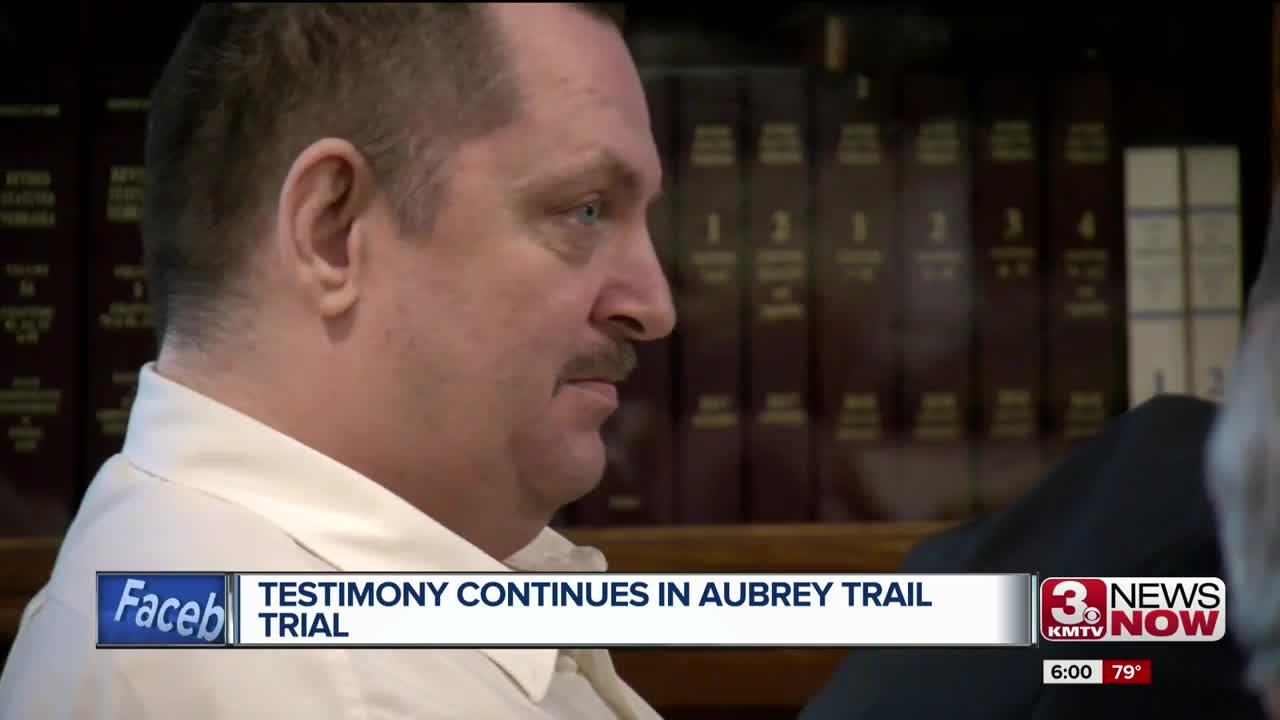 Day four of the Aubrey Trail murder trial continued today without the defendant.

WILBER, Neb. (KMTV) — Today was the fourth day of Aubrey Trail's trial for charges connected to the murder and disappearance of Syndey Loofe. Everyone was there...minus the defendant.

Yesterday, Trail interrupted court proceedings by shouting "Bailey is innocent and I curse you all," before slashing his neck with a reported shiv. Today, he chose to stay in his cell with fresh stitches deciding to waive his court appearance.

The defense believes Trail can still get a fair trial, even after yesterday's events.

Though he wasn't physically in court, the jury still heard him speak. Prosecutors played a video he posted to Facebook two weeks after Syndey Loofe went missing. In the video, Bailey Boswell and Trail gave their explanation of what happened. This is what Trail said before Loofe's body was found in trashbags...Trail already pleaded guilty to dismembering and disposing of her.

"I pray for Sydney I hope she’s found soon. I wish the family the best. I’m sorry that she wasn’t with you on Thanksgiving.”

Family and friends of Loofe had trouble listening to the video.

Prosecutors presented the whereabouts of the pair after Loofe went missing. They allege that the two bounced around hotels in Iowa and Missouri with a map of Mexico and cold weather gear like they were going camping...along with burner phones, sex toys and a pair of boots with Trail's own blood on them. Investigators tracked their location through cellphone towers and say Trail and Boswell made a trip west the day after Loofe went missing...allegedly to dump her dismembered body.

"I saw what I knew from experience to be human remains and not that of an animal or something like that," said Nebraska State Patrol Member Cory Townsend. "I didn't look at it very long, just long enough to know what I was looking at."

Attorneys told us Trail will actually decide each day if he wants to show up to court for his trial. If he does, the judge has made it clear he will be handcuffed so he can't harm himself again.

See also: Day two of Aubrey Trail’s murder trial takes him to his last residence. Prosecutors say he and Bailey Boswell murdered Sydney Loofe in their Wilber apartment and chopped up her body.