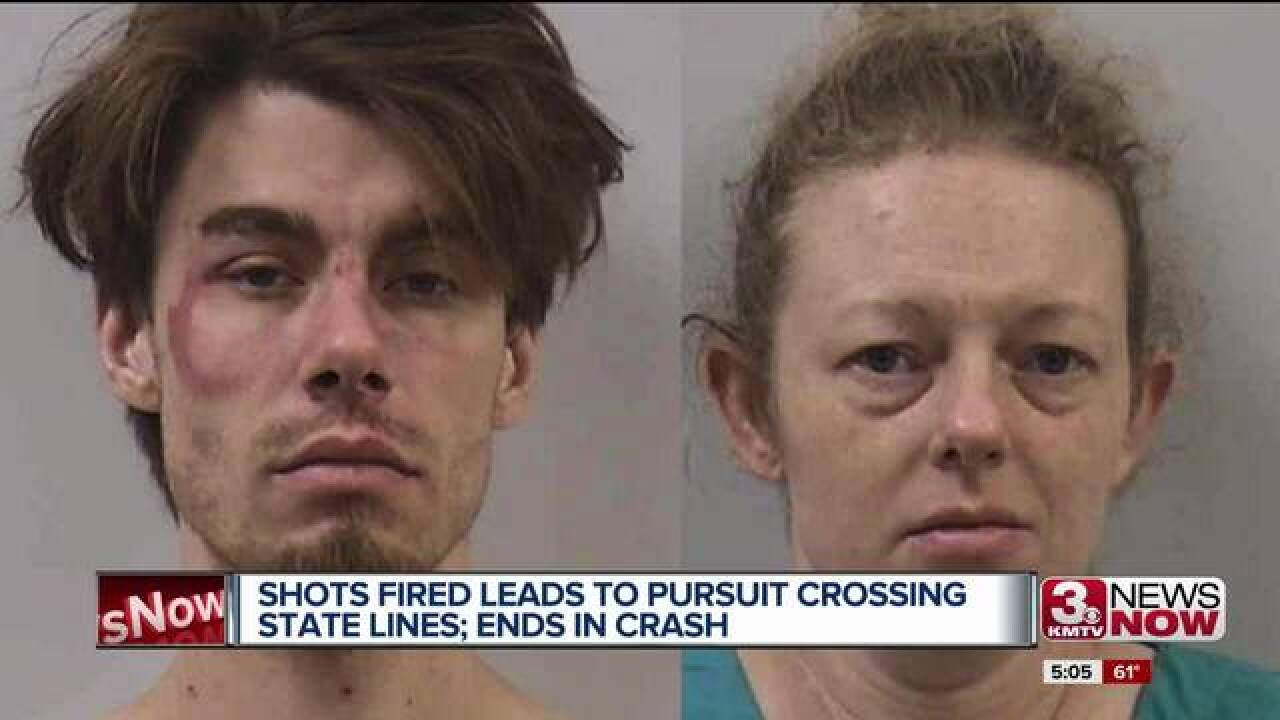 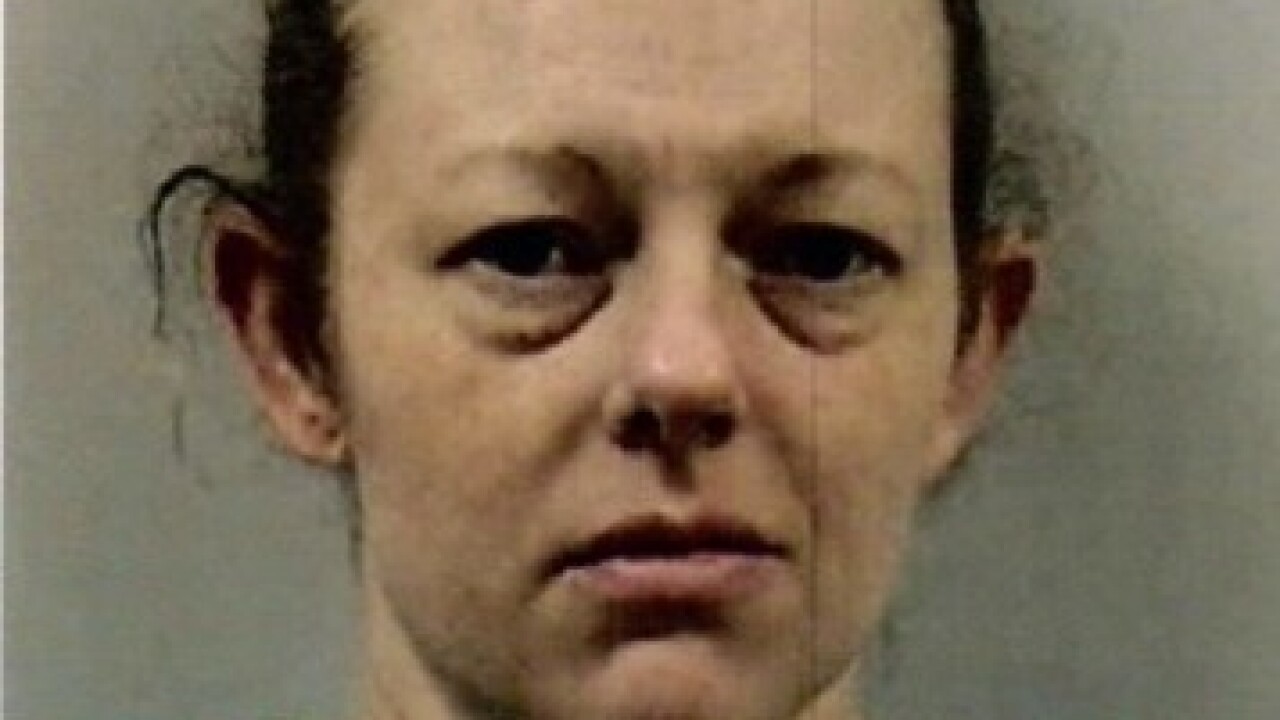 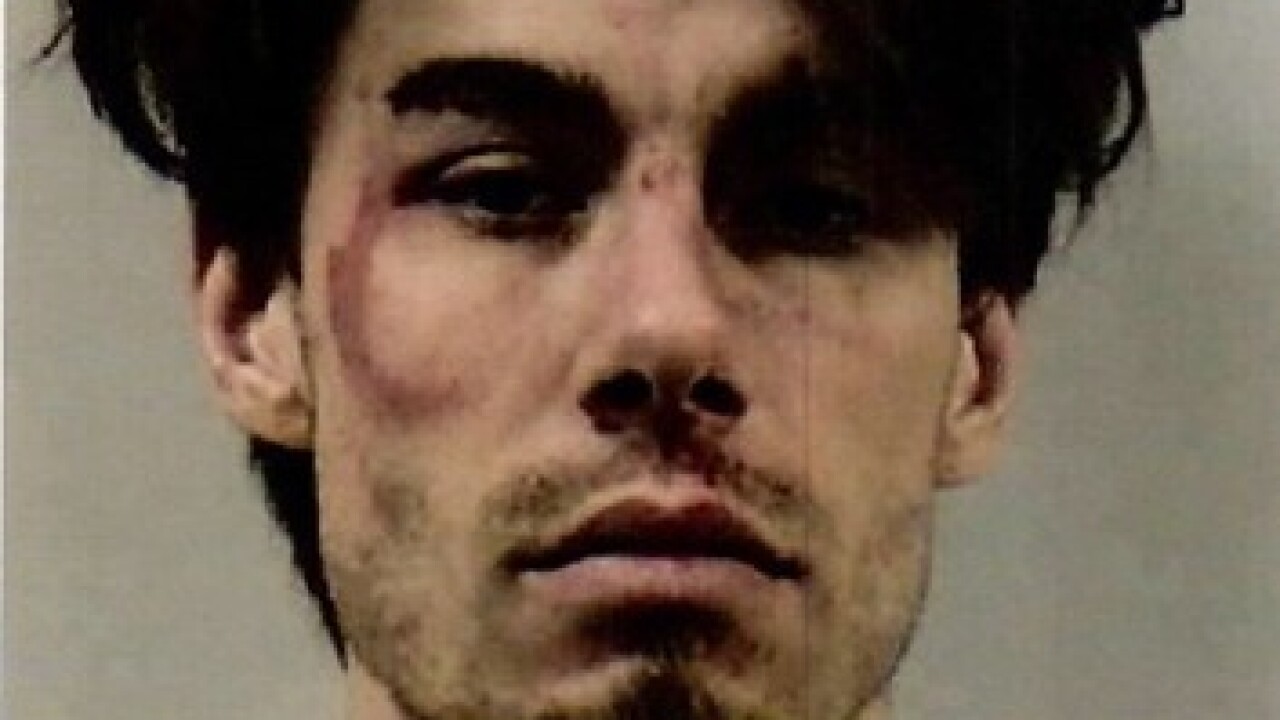 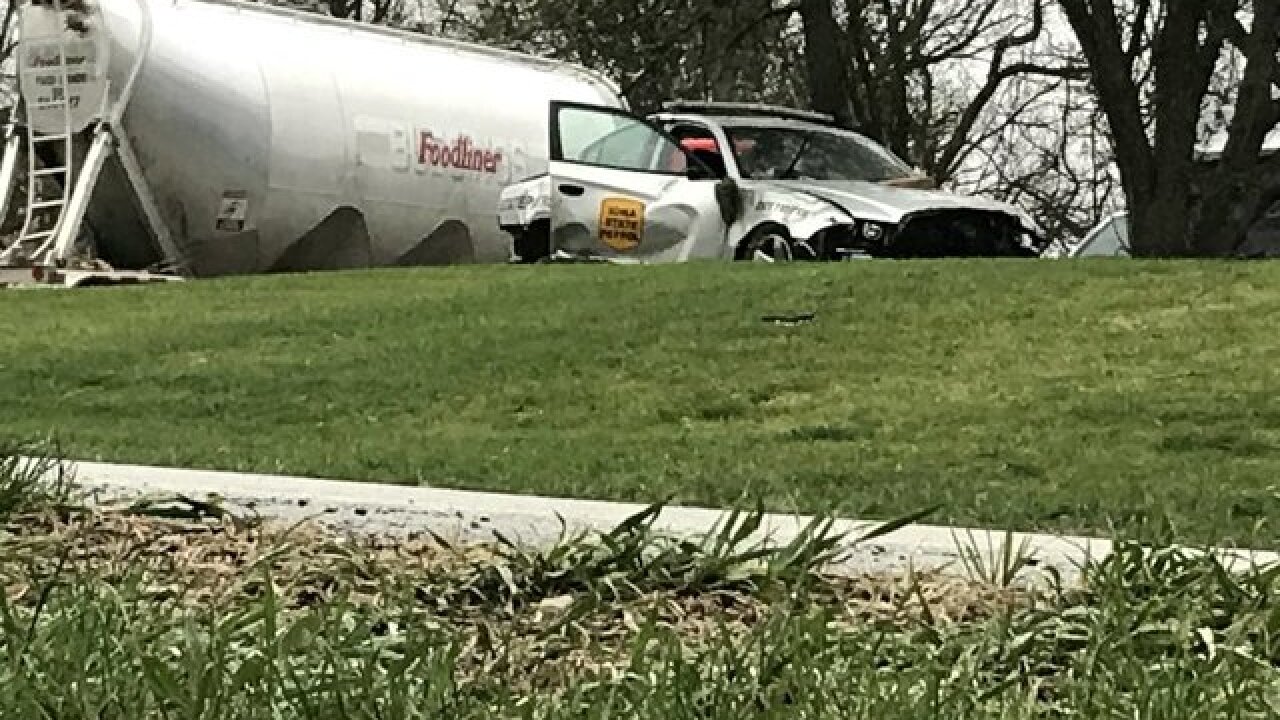 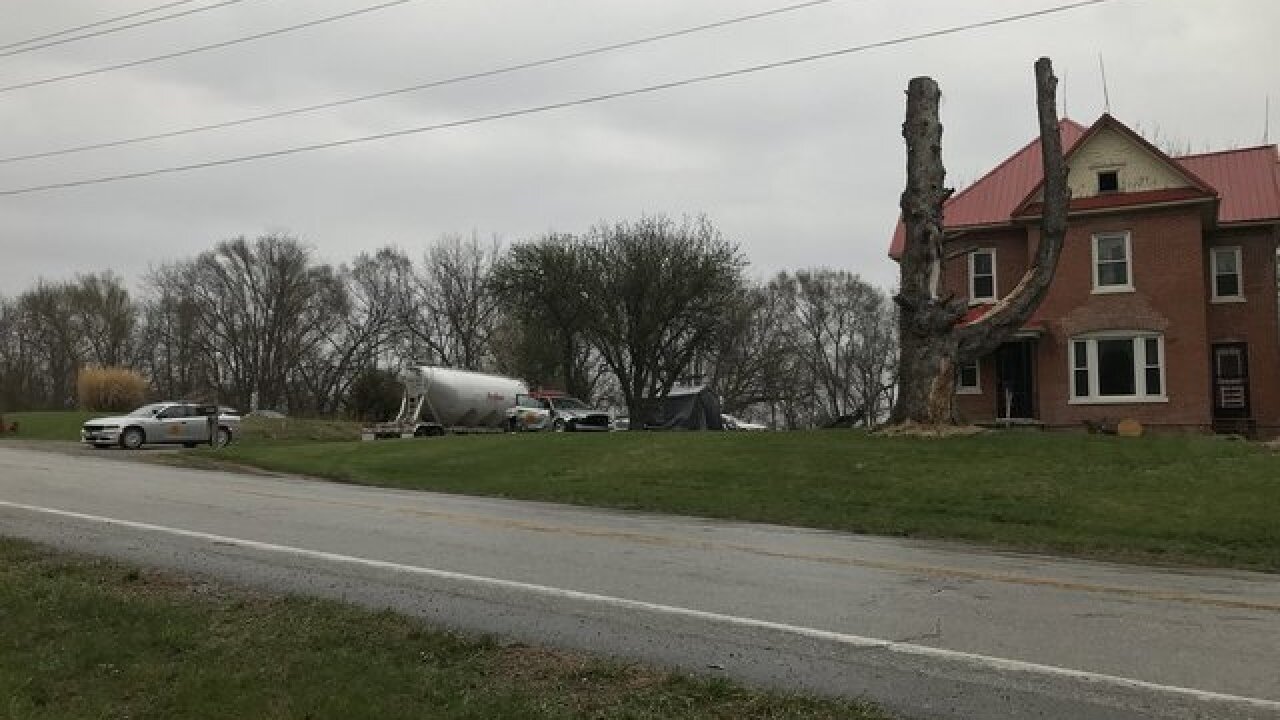 A man and a woman were taken into custody Wednesday after authorities say they shot at law enforcement officers before leading multiple agencies on a high-speed chase.

Held on $1,000,000 bond, the two are facing charges of attempted murder of a peace officer, felony assault with a deadly weapon, felon in possession of a firearm, felony eluding, reckless driving, and numerous traffic violations.

Bellevue Police said the shots at law enforcement stem from two separate shootings on Tuesday that they believe to be related.

The first happened at 1:36 p.m. near Harlan Drive and Westridge Avenue when BPD said a vehicle was hit with bullets in a residential area. The second was at 9:07 p.m., when police said a man suffered a minor graze wound after being shot while picking up his mail at Paradise Lake Rental Homes in Bellevue.

According to police, the suspect shot at a BPD cruiser twice while the department was investigating the second shooting at around 3:22 a.m. Wednesday.

"This happened very quickly and so I don't think they had a chance to safely shoot at the vehicle, could they have shot at the vehicle, they probably could have but that might not have been safe given this car is driving by and shooting," said Bellevue Police Public Information Officer Andy Jashinske.

The driver then took off into Iowa, started a car chase, and opened fire on Fremont County deputies, police said.

An Iowa State Trooper, Dillon Malone, was injured while responding to the pursuit. He is in serious — but not life-threatening — condition.

Neighbors in the Paradise Lakes area heard some of the gun shots Tuesday night, and were worried.

"We were actually just sitting there watching tv at first and then we went in and was making a phone call  and we just heard like a loud boom and I was and I just looked at my boyfriend and was that a gun shot?," said Megan Lundsford.

Her nerves are calmed now the two suspects are in custody and holding her kids closer tonight, "I was just making sure my kids were okay and if it hit my house there would have been other problems that's for sure."

Terry Castle heard a loud noise this morning and walked out to see an ISP trooper unconscious in a cruiser in the yard. Watch the raw interview @3NewsNowOmaha pic.twitter.com/GejTsbJpeQ