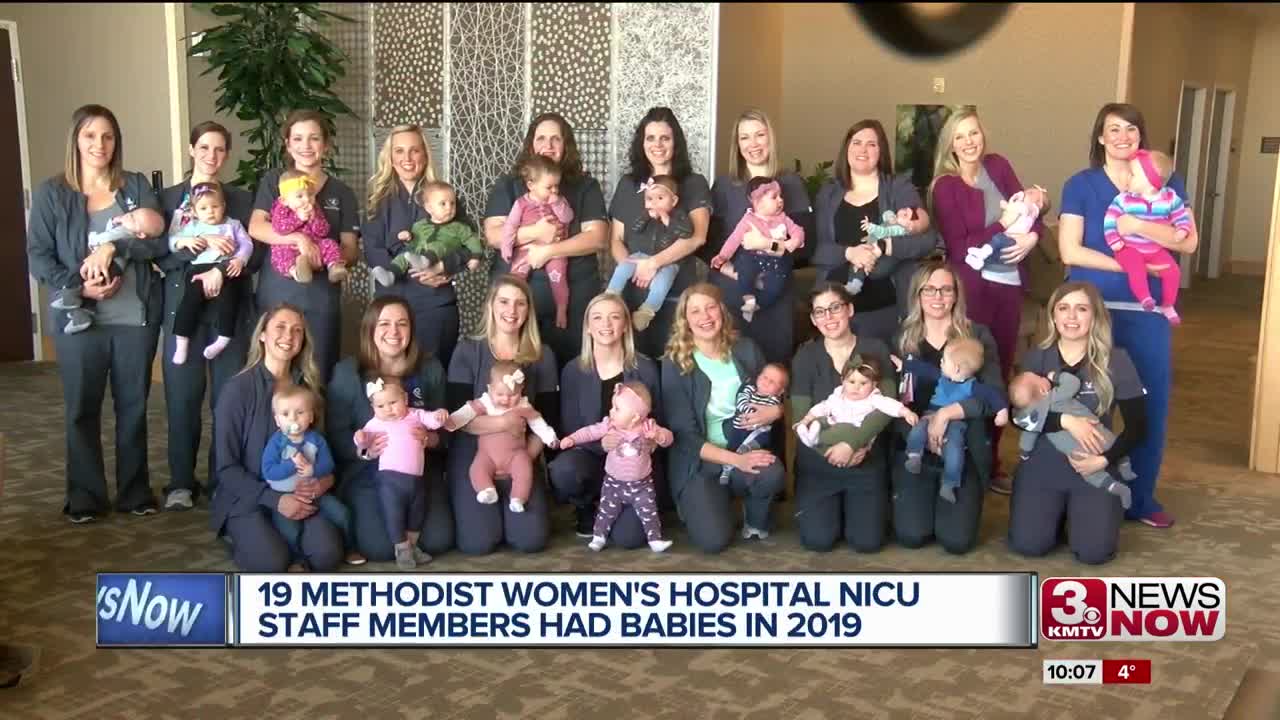 ELKHORN, Neb. (KMTV) — What are the odds? 19 co-workers in the NICU at Methodist Women's hospital had their babies in the same year.

"She did the count to see that there was 19 babies born in 2019 and we all thought that was pretty cool," NICU staff member and mother Sara Pospisil said.

They are normally taking care of other people's newborns. Now, there raising their own with help from a large support group of women going through the same thing.

"We can compare and share advice and just ask each other what each has done... who's sick, who's not... different things like that," NICU staff member and mother Kim Nabity said.

Since these women all had their baby in the same year, they also went on maternity around the same time.

" I think maybe it was a shock for our management knowing how many maternity leaves they were going to have to deal with and finding extra nurses to staff the unit when we were gone," NICU staff member and mother Christy Mirmiran said.

According to a staff members, Methodist Women's Hospital was able to hire travel nurses to help fill in, as these mothers were spending time at home with their newborns.

For some this is their first child, for others its number four. Nevertheless, these women wouldn't have it any other way.

"We're a tight family as it is, " Mirmiran said. "Then just having everybody go through these awesome babies... it just brings us even closer together."