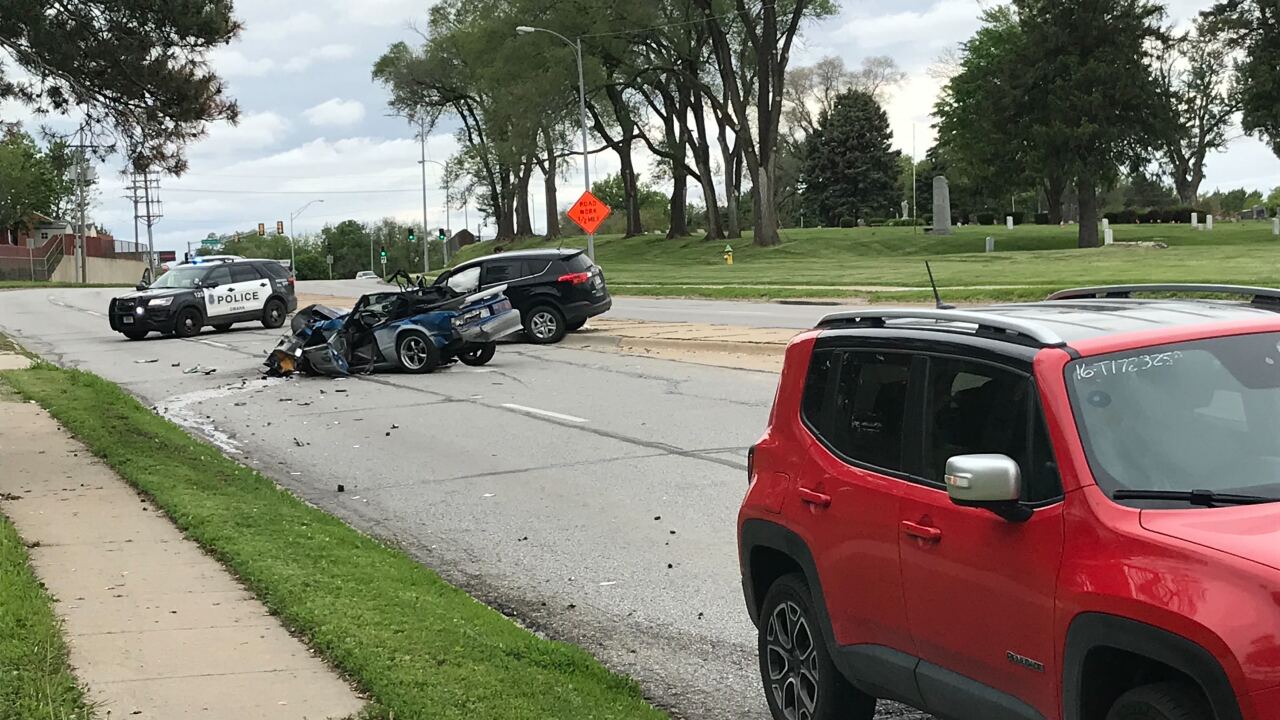 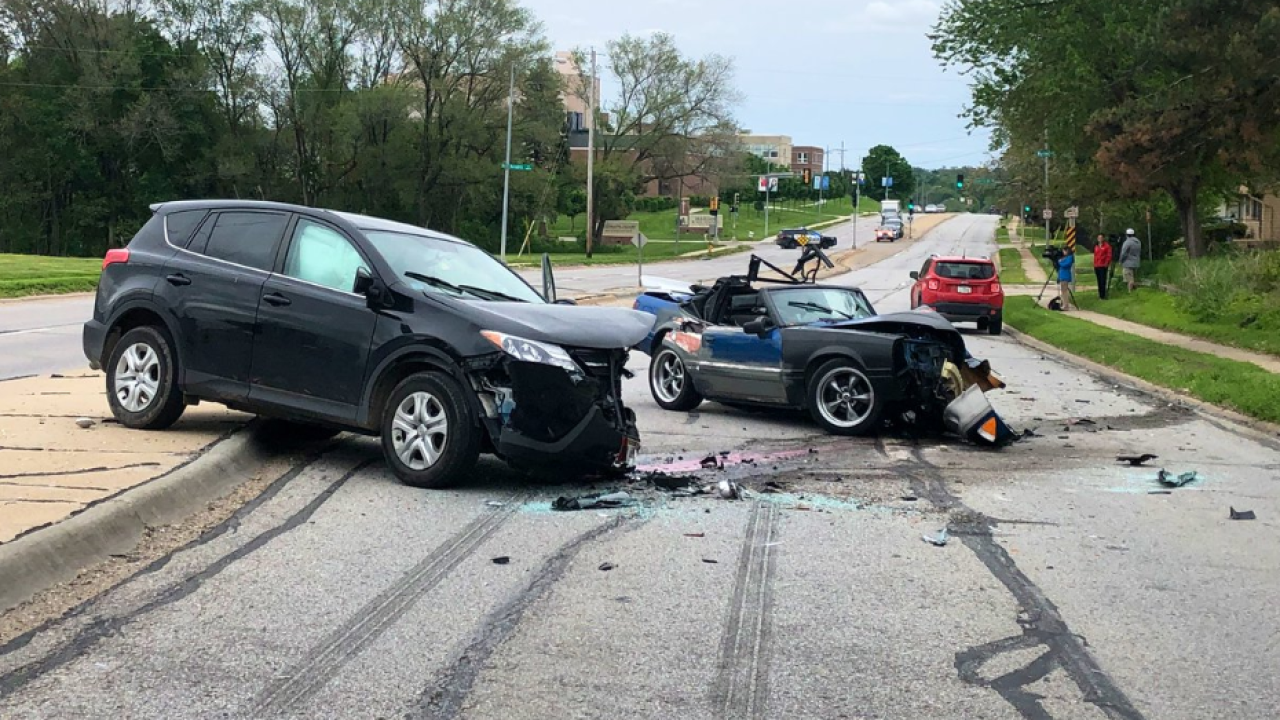 Around 2:38 p.m., officers responded to the scene of the crash.

Investigation shows a 2015 Toyota Rav4, driven by 31-year-old Klue Taw, was heading westbound on Military when it left the roadway, crossed a raised median and struck a 1992 Ford Mustang going eastbound, driven by 21-year-old Stephen Bentley.

The force of the impact made the Ford spin, which led to the vehicle striking a 2005 Toyota Prius, driven by 59-year-old Rennetla Epperson, which was also traveling eastbound. The Prius was also occupied by a passenger, 61-year-old Annie McKinney. Neither occupants of the Prius were wearing a seat belt.

The Prius turned in a wide arc and eventually came to a stop in a tree line on the property of Mt. Hope Cemetery.

Taw, the Rav4 driver, showed signs of being impaired. He was taken uninjured to Omaha Police Headquarters and cited for a DUI and careless driving.

Bentley, the Ford driver, is being treated for a fractured arm and head laceration.

Military Ave. was closed in both directions for a time following the crash. The roadway opened back up around 5:30 p.m.