Bald eagle released back into the wild 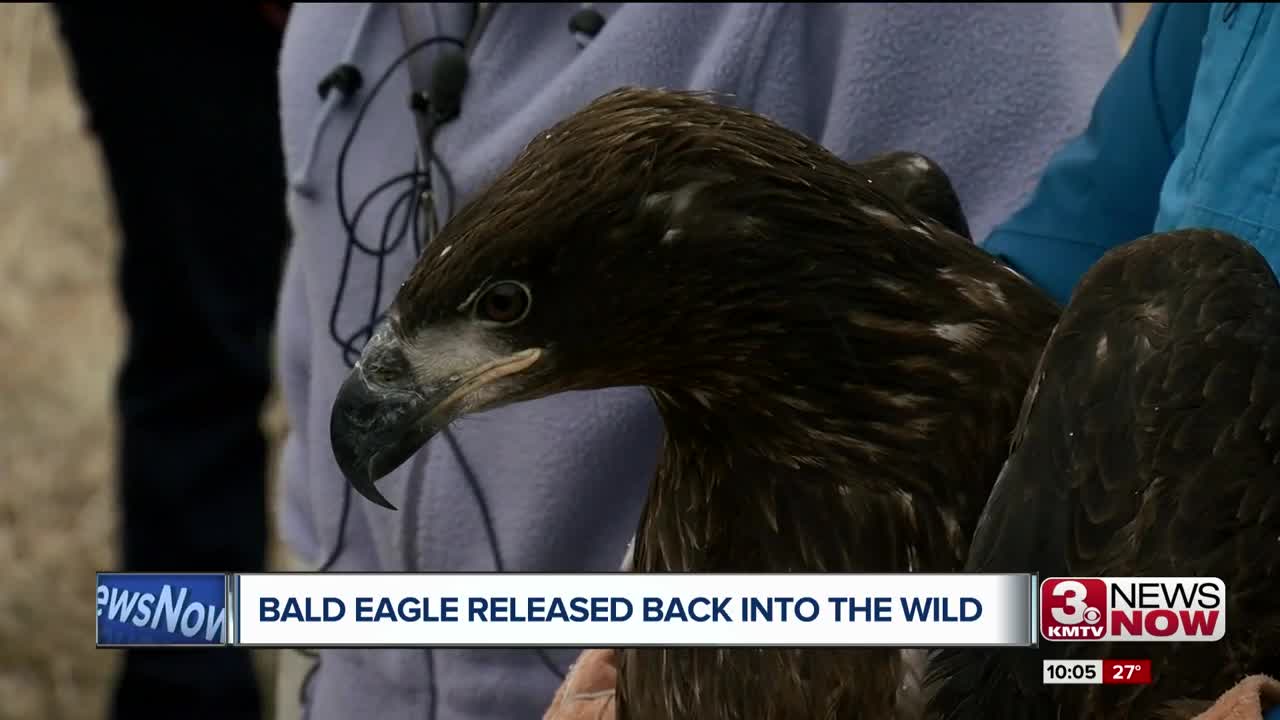 Bald Eagle Released Back Into The Wild

MISSOURI VALLEY, IA. (KMTV) — One bald eagle got its wings back Saturday after being released back into the wild.

In August, the Fontenelle Forest Raptor Recovery took in a young bald eagle. The bird was unable to fly, it was also weak and was missing her tail feathers. Under some treatment those feathers grew back and she was released at the Desoto National Wildlife Refuge.

"She had been exercising and getting strong we have a really big flight pen at the center and she was ready to go and I saw the news about all the eagles here so I thought, this is the place because she needs to connect with all the eagles," said Betsy Finch, with the Fontenelle Forest Raptor Recovery.

Finch says the other bald eagles will teach the one released how to hunt.