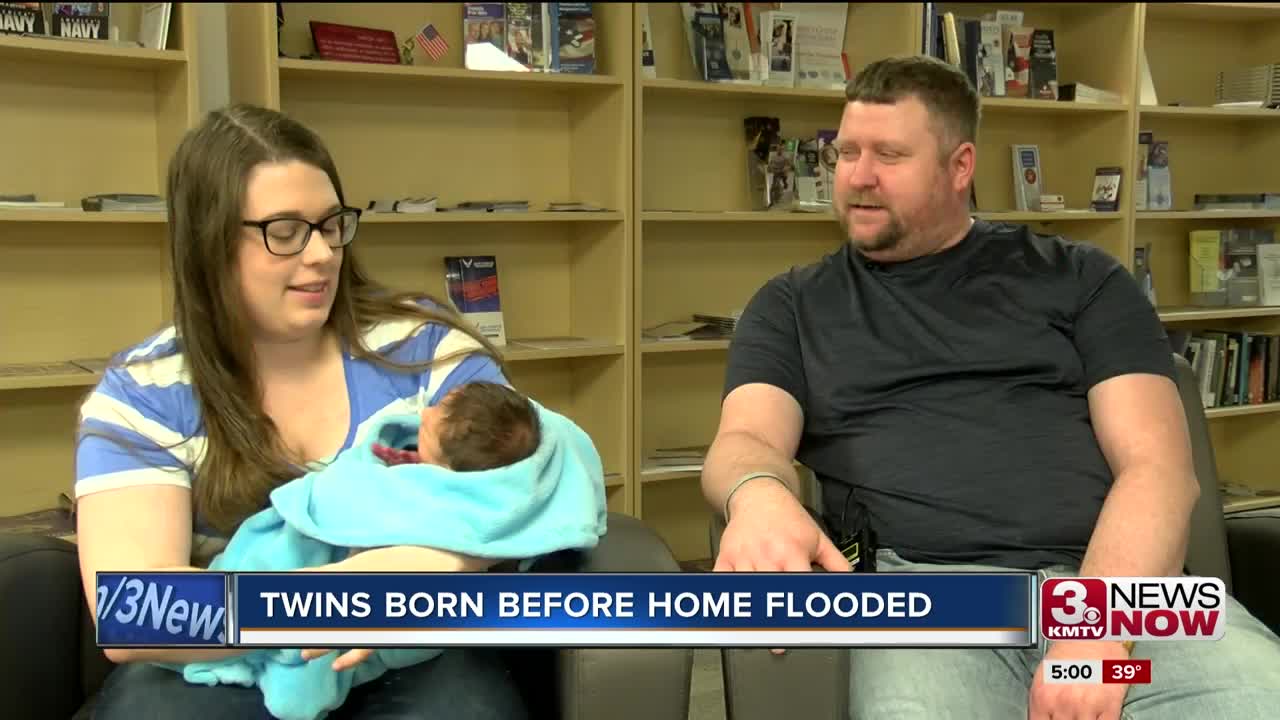 A Bellevue couple goes through one of the best days of their lives and are hit with devastation; their home is underwater.

BELLEVUE, Neb. (KMTV) -- — A Bellevue couple goes through one of the best days of their lives and are hit with devastation; their home is underwater.

Marcatie Berck and Heath Helm were overjoyed to be having twin boys; Hudson and Harrison were born on March 15. They had double everything in their Paradise Lakes home only to find out they couldn't go home because the river waters rose so high they came over the levees.

"We didn't really know how bad the flooding was going to be until the next day when it went up to the window or the roof, that's when it kind of hit," Berck explained.

Harrison is staying with his parents at their apartment, but Hudson is at the Children's Hospital NICU because he was having seizures.

The couple wants to say thank you to everyone who has helped them out since.

Helm served as a marine and works as a Military Outreach Manager at Bellevue University. He says friends, family, organizations, and other military have donated tons of items to help get them back on their feet.

The couple wants to say thank you to everyone who has helped them out since.

"We can't be sad because so many people have been nice so we're too busy smiling and saying thank you to really be in the dumps about anything,” Helm concluded.

He says they likely won’t salvage anything from their home at Paradise Lakes because the standing water inside was likely very toxic. The City of Bellevue says most people can come back to Green Acres and Paradise lakes to get items from their homes now, but they need to get a permit from City Hall.