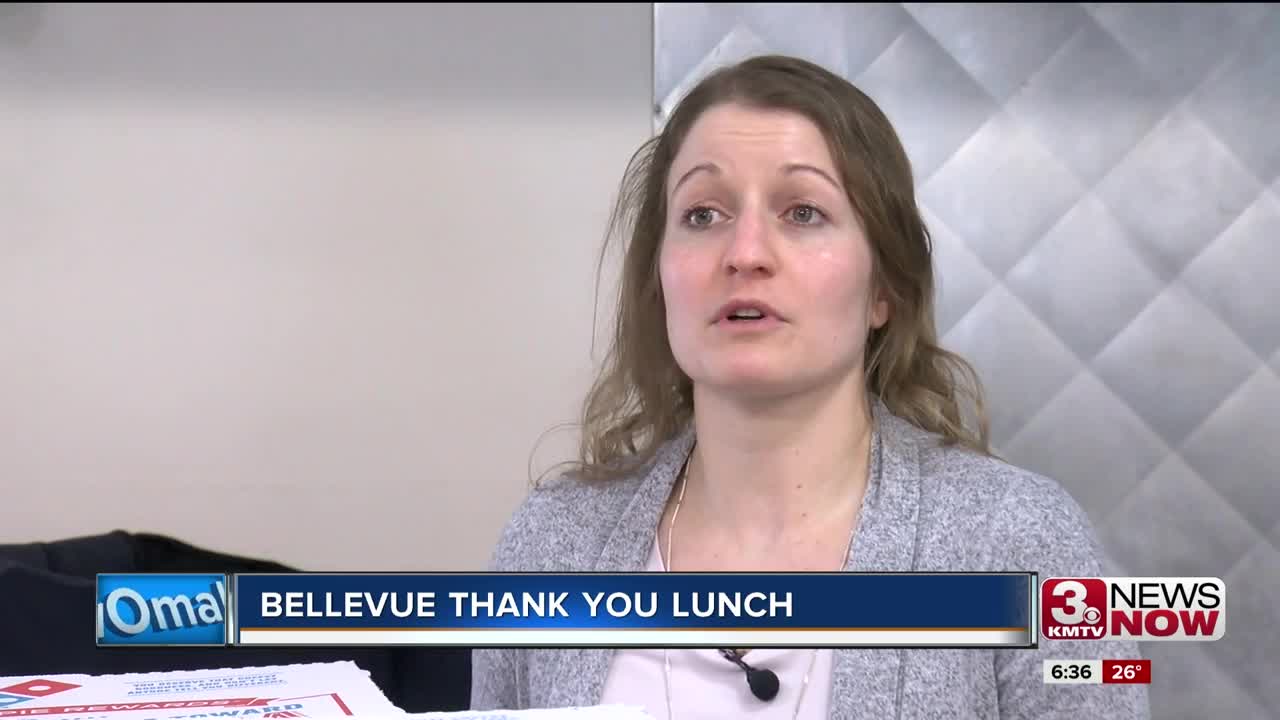 BELLEVUE, Neb. (KMTV) — Crews out on the roads have been putting in a lot of extra hours; as of Thursday, it’s the seventh snowiest winter we’ve ever had in Omaha.

Laura Rodgers wanted to thank crews in Bellevue so she asked her friends on social media to pitch in to buy lunch. A day later, she had raised $500.

“I was watching the news, seeing the white out conditions, even plows getting stuck,” Rodgers said. “And realizing that our road crews, police and first responders were all out there working and that the roads were the most dangerous place to be.”

Rodgers said a lot of people were thanking her and giving her credit; that’s not what she wanted.

“A lot of the credit really goes to the police,” she said. “First responders, and road crews for their service and then for the other people in our community coming together to make that happen is really what is important and what I love about living here.”

Rodgers said we need to thank them for their hard work because they are our neighbors, like Ryan Kinsella, who started plowing at 4:00 Thursday morning.

“It’s been a long winter,” Office Dylan Cass, Bellevue Police Department said. “I like the winter, I like the snow, preferably all not in a five-week period.”

The crews all said it’s just a part of their job to keep their neighbors safe. But they do appreciate the appreciation.