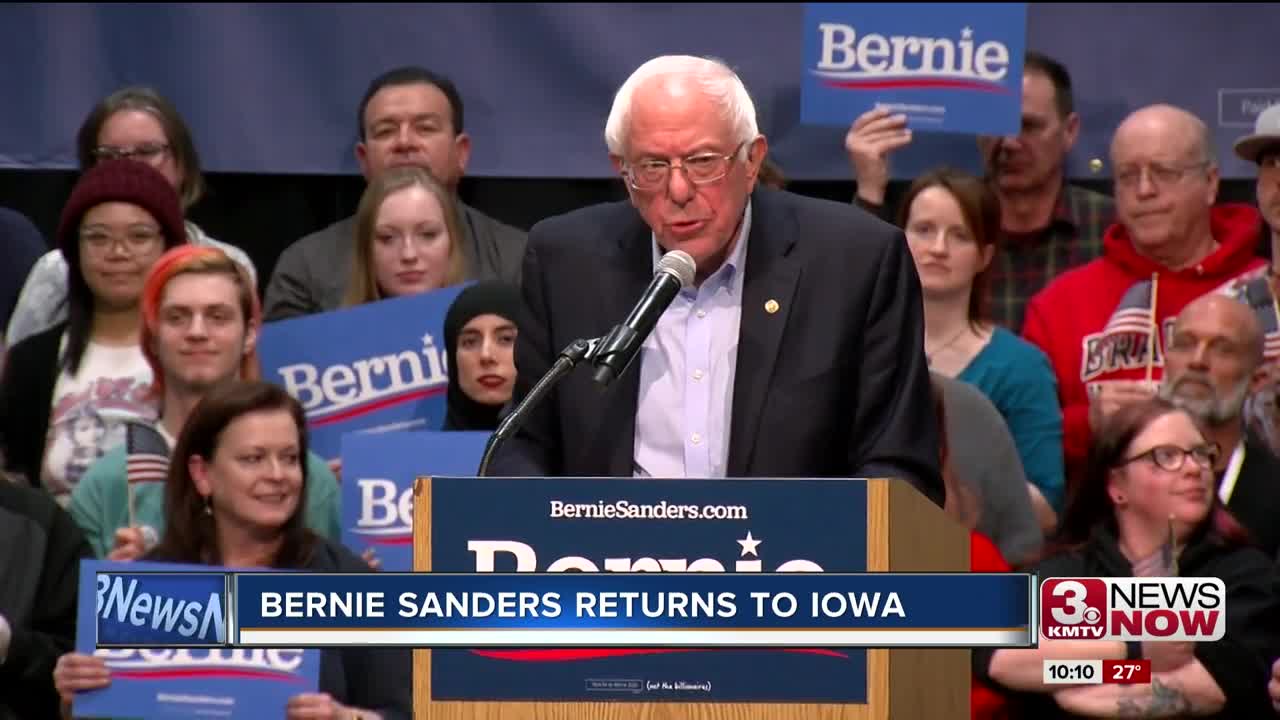 Senator Bernie Sanders made Council Bluffs his first stop in his return trip to Iowa.

"Are you ready for a political revolution?"

"With your help we're going to transform this country and create an economy and a government that works for all of us, not just the one percent,” says Sanders.

Senator Bernie Sanders is running again for the presidency and made Council Bluffs his first stop in return trip back to Iowa.

So what's different this time around that would cause Bernie to win the Democratic nomination?

In 2016, Sanders essentially tied Secretary Hilary Clinton in the state of Iowa. This time around, he says he's going to use the state as a springboard to actually winning the election.

"Iowa you helped begin the political revolution in 2016 and with your help on this campaign we're going to complete what we started here,” says Sanders.

While he didn't mention it in his speech. The Vermont senator calls himself a Democratic Socialist. So can the American people actually buy into and vote for a man with socialist policies?

"I think Americans have been fear mongered by the word socialist since the 1950's, socialism is not a bad thing,” says supporter Jaden Perkins.

Sanders at times, seemed like he was playing his greatest hits. He spoke about taking on wall street, free public college and a $15 minimum wage.

"I think that really gets to a lot of people that are suffering in our country,” says Supporter Ken Ritor.

Sanders mentioned President Trump a few times, but mainly he steered away, focusing instead on policy.

"Honestly it shouldn't be the main theme, because why give that man that much time,” says supporter Lauren Bouchard.

But Sanders says this election ultimately, isn't about Trump.

“This struggle is about taking on the incredibly powerful institutions that control the economic and political life of this country."

Sanders will next head to Iowa City Friday, before closing out his Iowa trip in Des Moines.