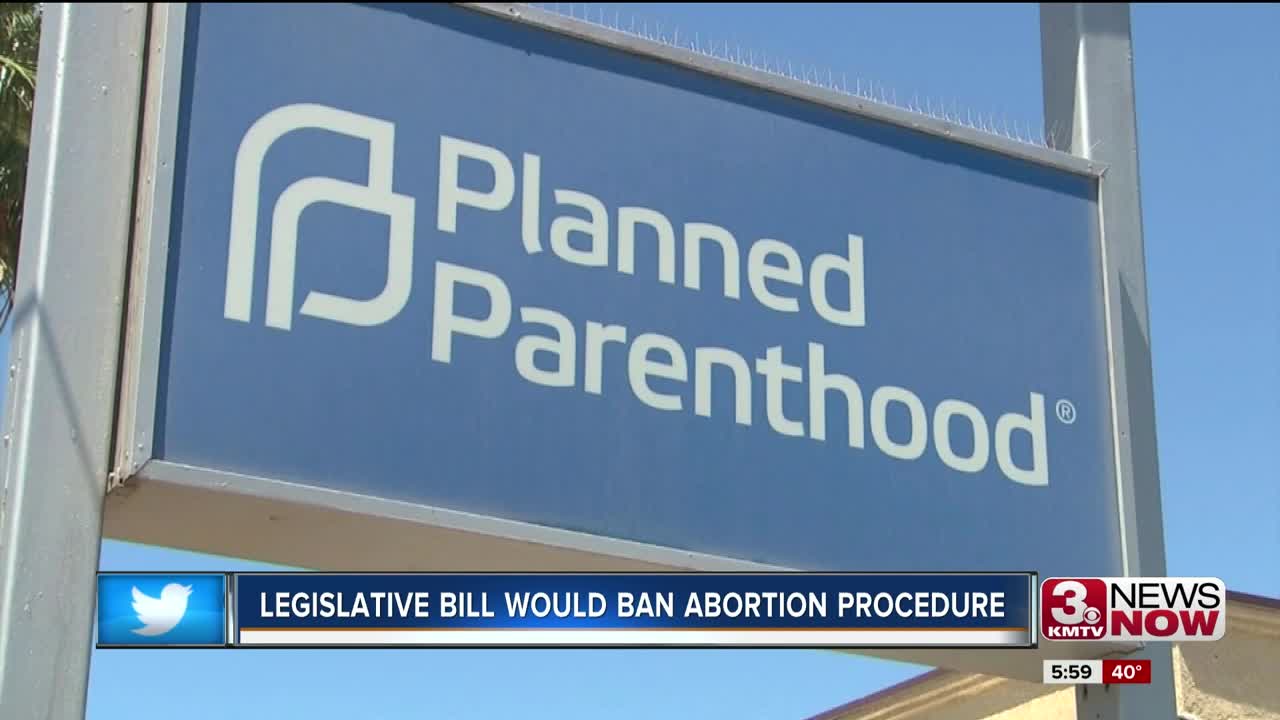 What people have to say on both sides of the issue.

The bill would make it a felony for physicians to perform an abortion procedure that is most often used around the 14th week of pregnancy. It involves a physician using forceps to remove parts of a live fetus from a woman's body.

It's one of multiple methods used for a second trimester abortion.

"There are other very safe ways to have a second trimester abortion and I would challenge whether this is the most safe way,” says Geist.

"Delivering a baby whole is much safer than that method,” says Geist.

But those in favor of access to abortion say the bill would eliminate an option doctors would have, even if it is what they think is best for the woman.

"It's forcing physicians to make decisions about their medical services based on politicians personal views rather than what is best care for the patient," says Andi Curry Grubb, executive director of Planned Parenthood of Nebraska, North Central States.

14 states have passed bills to ban the procedure, but just two states, West Virginia and Mississippi are enforcing them. The ACLU of Nebraska says this type of political interference from those that oppose abortion access is a broad effort to push Americans away from abortion.

"It's really part of a larger nationwide strategy to push this care out of reach and that's why we are so concerned," says Scout Richters, legal and policy counsel, ACLU of Nebraska.

Many states that passed a similar law eventually had it tied up in courts, something Andi Curry Grubb with Planned Parenthood thinks would happen in Nebraska.

"They're basically putting forward something they know is unconstitutional and they're going to tie up taxpayer dollars in having to defend it in court,” says Curry Grubb.

But those against abortion access aren't afraid of litigation.

"If he have to go to court to fight that out and insure that that happens, we're more than willing to take on that battle,” says Marion Miner, associate director, pro-life & family, Nebraska Catholic Conference.