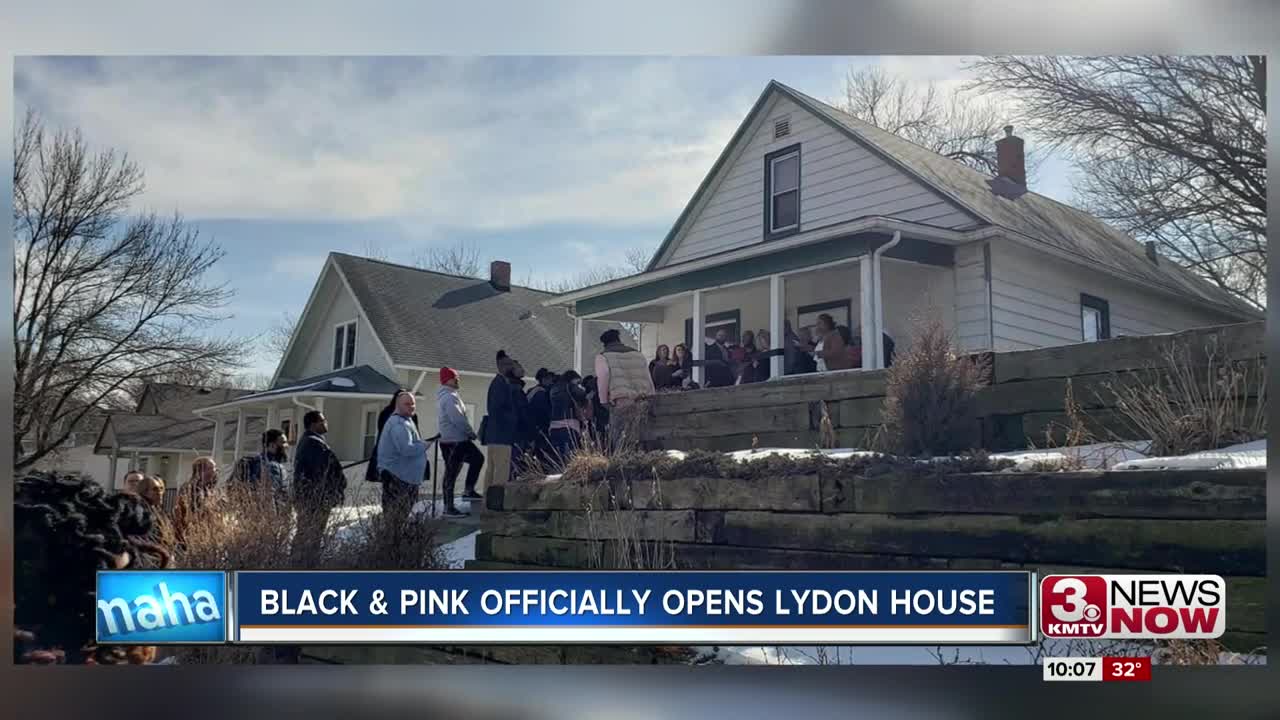 The opening of this home is big news for the thousands of LGBTQ+ people it'll impact.

"We now know how to how to create loving spaces for the people that we really want to be a part of our community," said Dominique Morgan, Executive Director of Black & Pink.

Morgan is transforming the community through the Lydon House.

Morgan knows what it's like to have to start over.

He spent years in prison but now he celebrates the anniversary of his release for a new reason.

"This is going to offer that space for people to grow into who into who they've always been and to realize their potential," said David Booth, Deputy Executive Director of Black and Pink.

"Mayor Stothert said yesterday--and I really appreciate that she said this can be a template for everyone on how we create safe spaces for people to come back and thrive and that's what we want this to be," said Morgan.

Plaques hang above every room, honoring those who fought for their cause.

"Black and Pink's about family and I think that's what we're building here,” said Booth.

Morgan also tells us he plans to open a second Lydon House. The groundbreaking is set for April.