Blackberries from Fresh Thyme linked to multi-state Hepatitis A outbreak 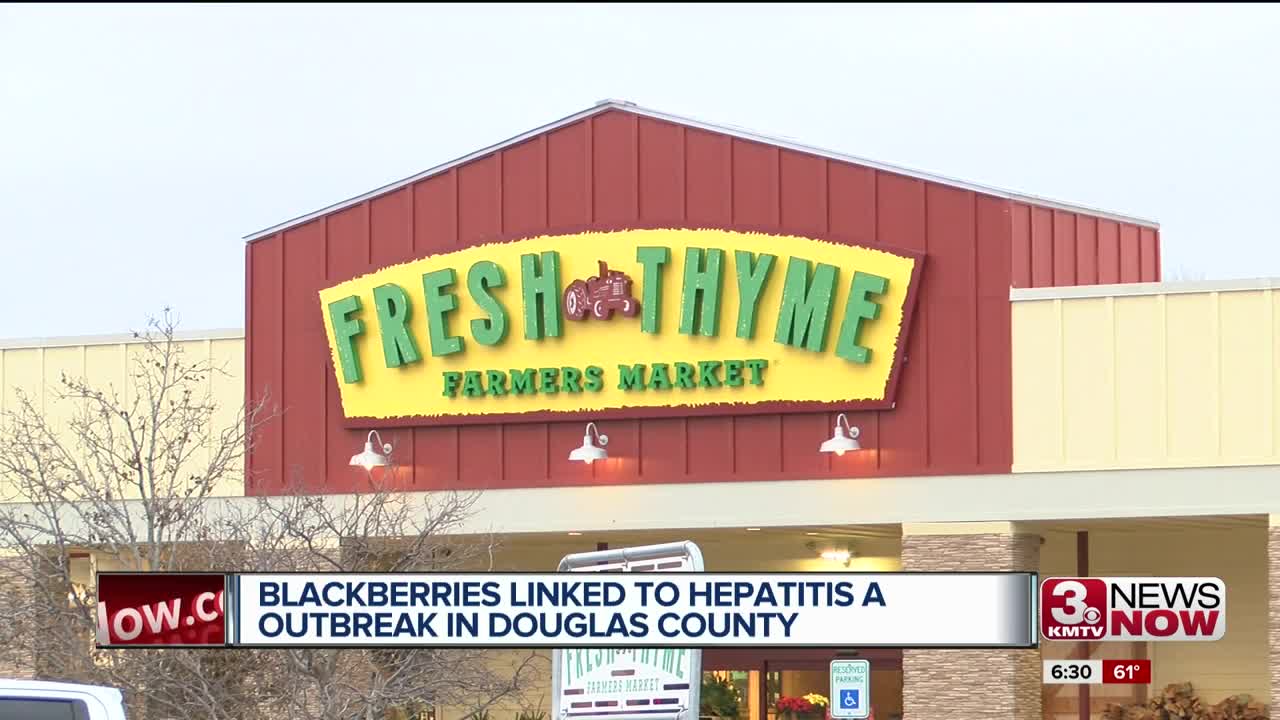 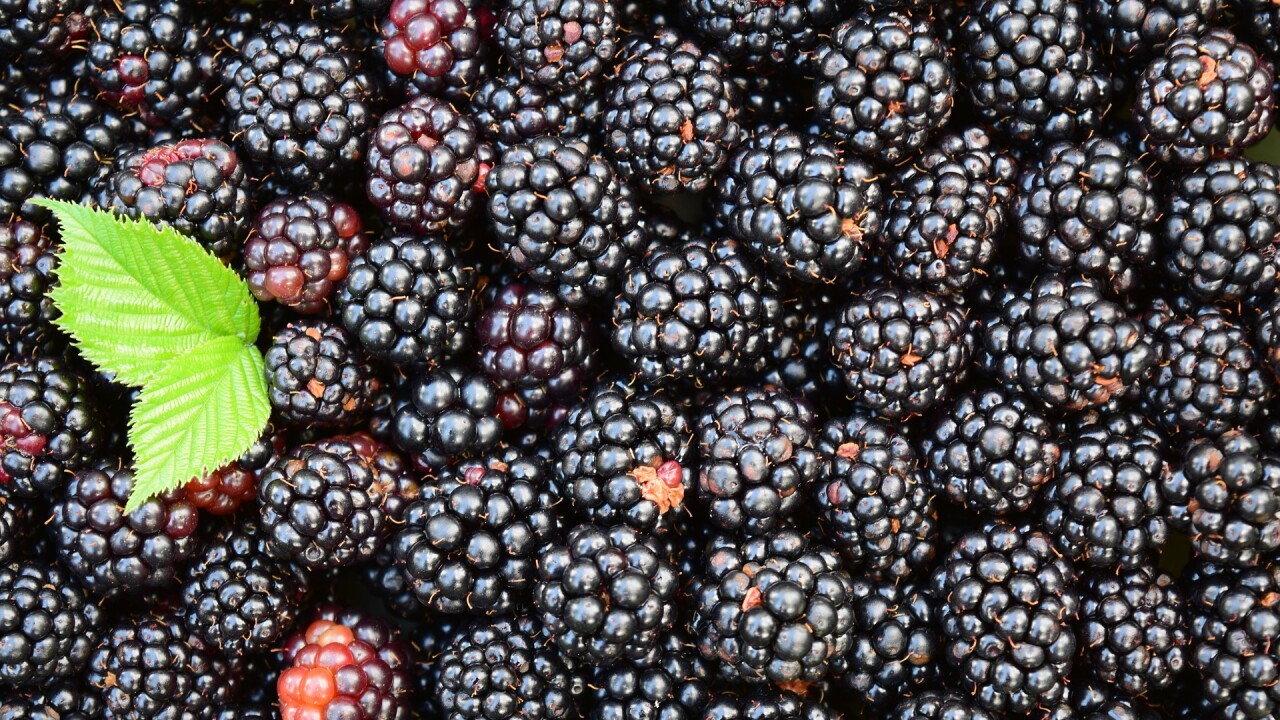 OMAHA, Neb. (KMTV) — The FDA, CDC, and state and local health officials are investigating a multi-state Hepatitis A outbreak that started in Nebraska.

Based on information collected during the investigation, 11 of the people who became sick reported eating fresh, non-organic blackberries from Fresh Thyme grocery stores in Nebraska, Indiana and Wisconsin.

According to the Nebraska Department of Health and Human Services (DHHS), six of the 11 cases reported are in Nebraska, including Douglas County, Three Rivers and Central District Health Department jurisdictions.

The illnesses were reported to the DHHS over the past several weeks.

“Our goal is to protect Nebraskans, pinpoint the source of the illness and make sure the risk is eliminated,” said Dr. Tom Safranek, State Epidemiologist for DHHS. “We sent an advisory to health care providers alerting them of the increased number of hepatitis A cases in early November. Public health officials have also been conducting interviews with Nebraskans who contracted the illness to help determine the cause.”

The FDA urges consumers in 11 states, including Nebraska, Indiana, Wisconsin, Iowa, Illinois, Kentucky, Michigan, Missouri, Minnesota, Ohio and Pennsylvania, to not eat any remaining fresh blackberries purchased between Sept. 9 and Sept. 30 from the grocery store.

If frozen, the blackberries should be thrown out.

Those in any of the 11 states who have consumed blackberries from Fresh Thyme within the last two weeks who haven't received a Hepatitis A vaccine should contact their healthcare provider about post-exposure prophylaxis (PEP).

PEP helps prevent the disease and can be recommended for those who aren't vaccinated within two weeks of exposure to Hepatitis A, according to the DHHS.

People who have been vaccinated against Hepatitis A don't require PEP.

Primarily transmitted by the fecal-oral route by person-to-person contact or eating/drinking contaminated food or water, Hepatitis A can cause liver disease.

The DHHS says symptoms of Hepatitis A include:

Those suffering from symptoms should see a physician. Hepatitis A has no specific treatment except for supportive care of pain and fever.

The CDC's Advisory Committee on Immunization Practices recommends that all children starting at 1 year receive two doses of the Hepatitis A vaccine. It's also recommended for those who are at increased risk of infection.

A Douglas County Health Department investigation has identified the potential source of four linked cases of Hepatitis A in Douglas County that are connected to two other Nebraska cases plus cases in two other Midwestern states. The infected individuals all purchased fresh, non-organic blackberries on sale at Fresh Thyme between the 9th and 30th of September.

“Our Epidemiology Section played a crucial role in launching what has become a national investigation,” said Douglas County Health Director, Dr. Adi Pour. “Their work has been exceptional from the start and continues as we resolve this case.”

It is believed that any contaminated blackberries are off retail shelves, but anyone who purchased fresh, non-organic blackberries on sale from Fresh Thyme between September 9th and 30th and froze them for future use should dispose of those frozen berries.

Anyone who purchased fresh, non-organic blackberries during those September sale, froze them and then ate some during the past two weeks, should contact your health care provider for preventive care.

This outbreak was uncovered in Nebraska by the Douglas County Health Department. While the production source of the berries has not been determined, once Douglas County and state officials began their investigation, additional cases were uncovered in Indiana and Wisconsin.

Hepatitis A is a contagious virus that can cause liver disease. Hepatitis A infection symptoms include fever, headache, fatigue, loss of appetite, nausea, vomiting, diarrhea, abdominal pain, jaundice, dark urine or pale stool. Children under six may not have symptoms. Illness usually occurs within 15 to 50 days after eating or drinking contaminated food or water.

Additional information about the multistate outbreak is available on CDC’s website - https://www.cdc.gov/hepatitis/outbreaks/2019/hav-berries/index.htm [icm-tracking.meltwater.com]