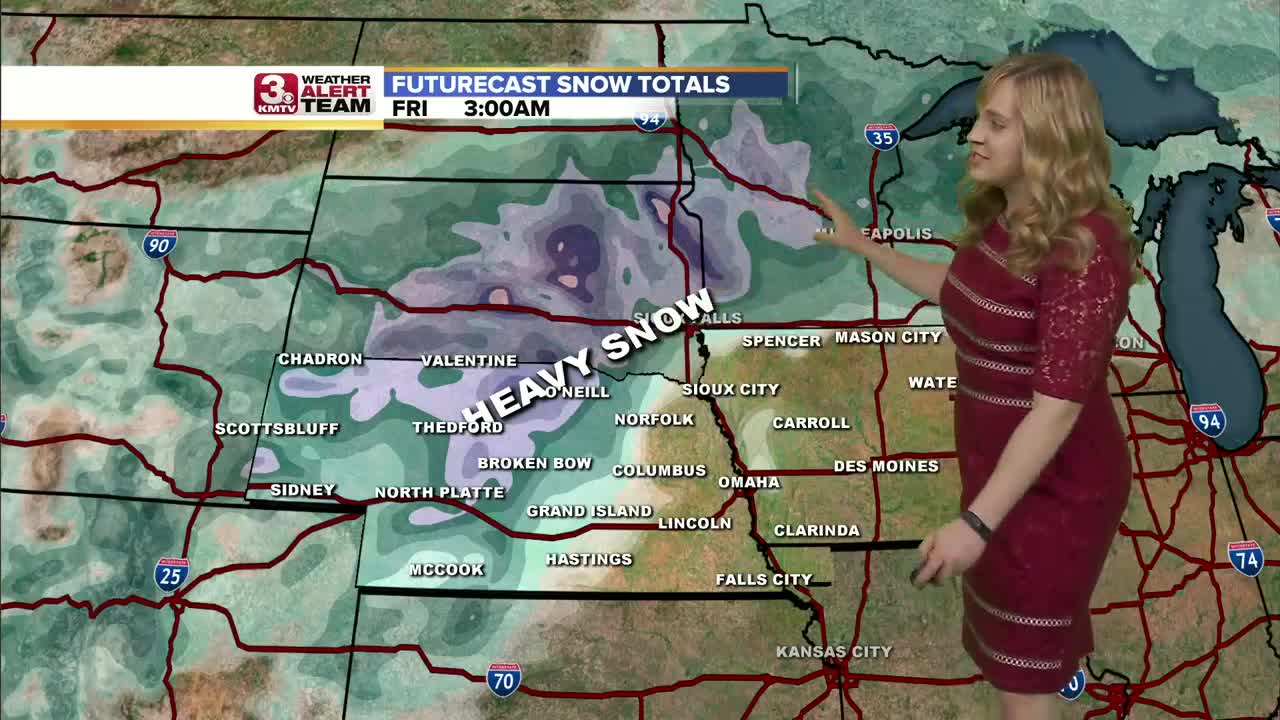 What to expect from the developing winter storm system

OMAHA, Neb. (KMTV) — Blizzard warnings have been issued for western parts of the state, and will likely be issued for north-central Nebraska, as a potential bomb cyclone begins to build up. The likely-major storm is expected to impact portions of Nebraska, Iowa, North Dakota, South Dakota, Minnesota and Canada. The Nebraska Department of Transportation has already announced a planned closure of I-80 west of I-76 in the Nebraska panhandle this evening.

Weather changes, and with it, NDOT is prepared to respond. As a result of the blizzard, I-80 west of the I-76 junction will now be CLOSED at 5:00 MDT/6:00 CDT. If you had plans to travel west, they have been changed. Please do not travel in blizzard conditions. #NEroads pic.twitter.com/RpTAnmQTJd

Snowfall from the system will continue expand as the storm builds up with some areas seeing as much as two and a half feet. The heaviest snow totals are expected to hit North-Central Nebraska, South Dakota and Minnesota.

Wind will also play a major role in the storm with gusts of 40-50 miles per hour expected through Friday morning when the storm calms down. Those high winds will likely contribute to blizzard conditions, making travel difficult, if not impossible for some areas as visibility goes down.

The eastern front of the storm will likely experience heavy rain in addition to powerful winds.

We will continue to keep you updated online, on-air, on the 3 News Now app and on your streaming devices.