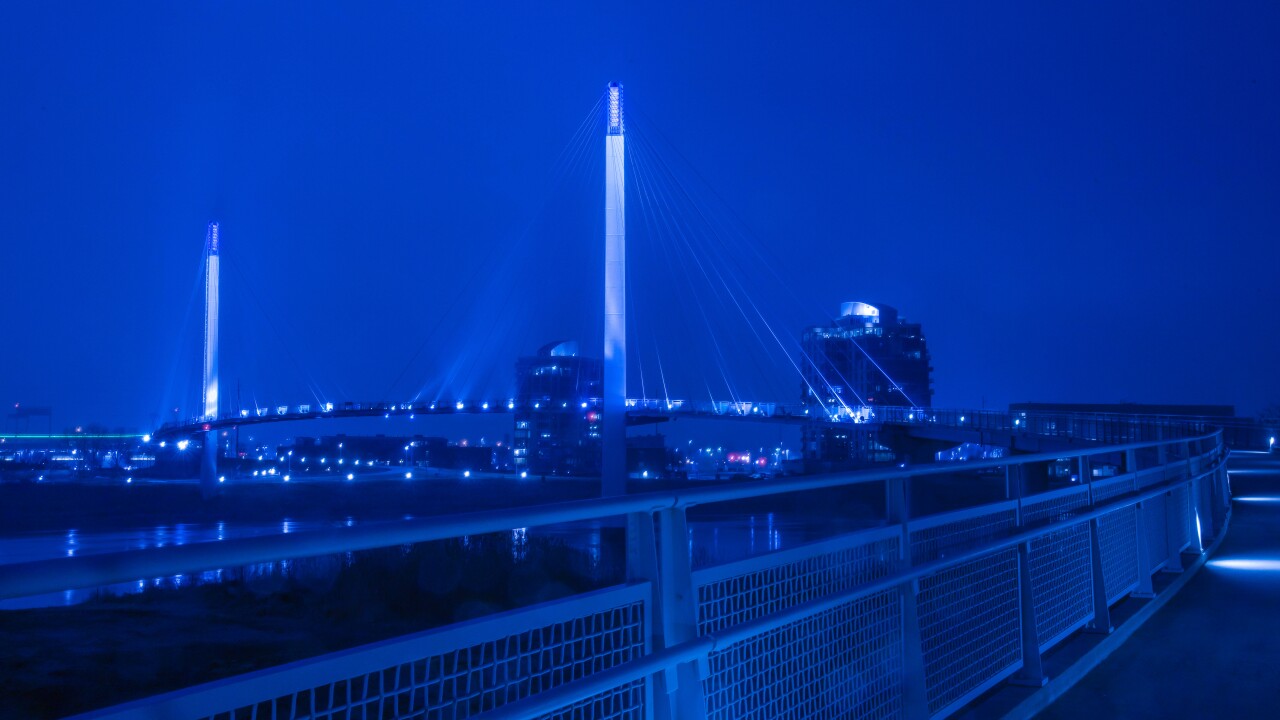 The Munroe-Meyer Institute at the University of Nebraska Medical Center, is partnering with Autism Action partnership in the cross-state event. Shortly after 7 p.m. on Tuesday, the bridge will light up blue to kick off World Autism Month.

The bridge will be one of a number of regional, national, and international landmarks that will be lit up on the 2nd. In Omaha, the Zoo's Desert Dome, Woodmen Tower, the Hope Tower, and the walkways at 42nd and Farnam Street at UNMC will also get lit up blue to mark the day.