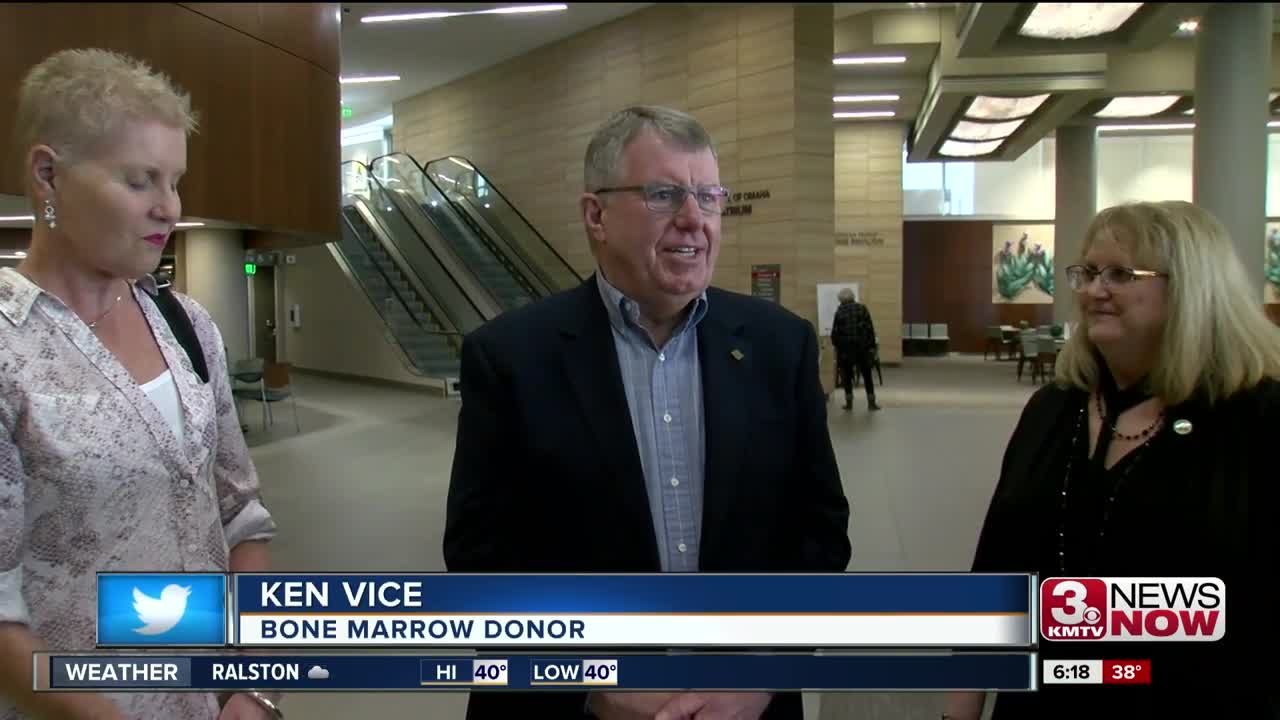 OMAHA, Neb. (KMTV) — A Nebraska man got a birthday surprise from a woman he helped save nearly two decades ago.

Chrissy Gordon flew to Omaha from Australia to see her donor, Ken Vice. Vice's bone marrow helped Gordon in her battle with Leukemia back in July 2000.

Vice's 70th birthday party was the first time the two had seen each other since 2006.