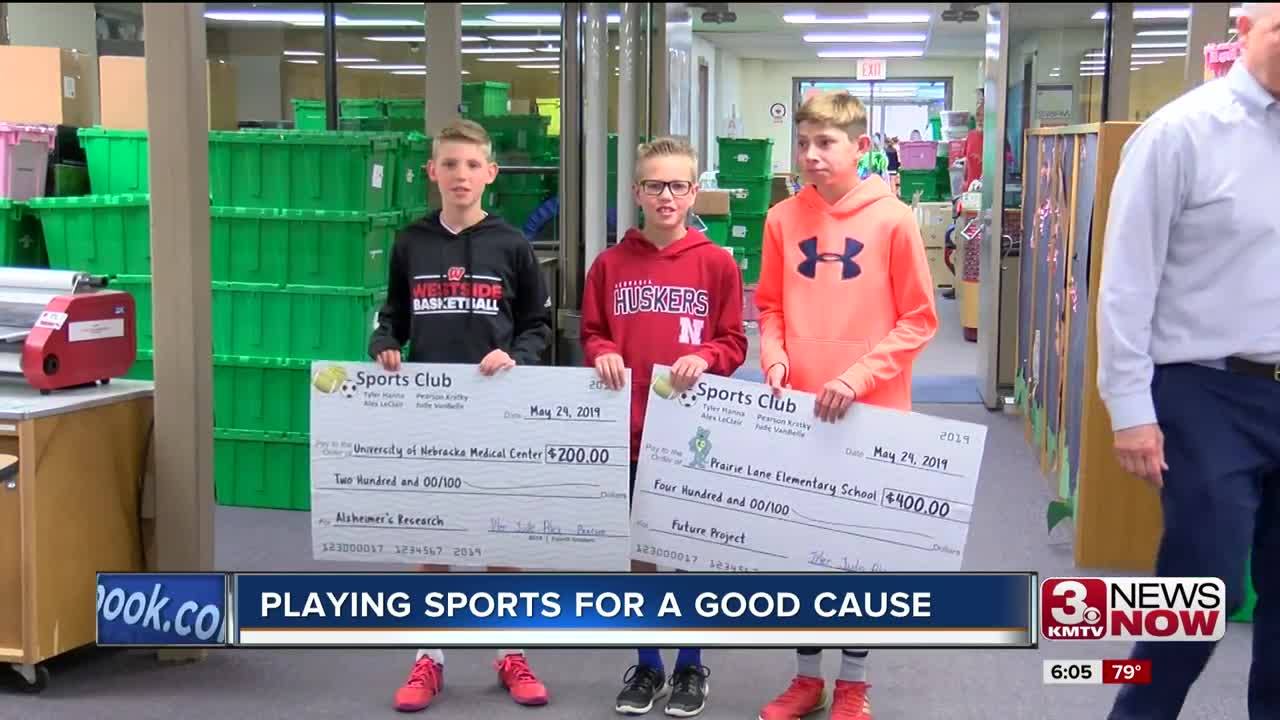 OMAHA, Neb. (KMTV) — Four boys at Prairie Lane Elementary were recognized at a school assembly today, for giving to a cause that's close to their hearts.

A group of fourth grade boys at Prairie Lane Elementary showed what it means to have panther pride. Alex, Tyler, Pearson and Jude started a sports club at their school.

"We basically teach kids how to play and have fun," says Tyler.

They taught kindergarten through fourth graders all about soccer, basketball and football...all while raising money for a good cause.

"My grandpa has Alzheimer's so I just kinda wanted to help him and stuff," says Alex.

The boys raised $600 and decided to give $200 of it to Alzheimer's research at the University of Nebraska Medical Center (UNMC).

"Every gift can make a positive impact and I have no doubt that this is gonna make an incredibly positive impact," says University of Nebraska Foundation Director of Development Edwin Lyons.

"It just feels good because you're helping and you know you're doing the right thing," says Alex.

The boys plan on continuing on with the project.

"It is incredibly awesome to see people at this age getting involved in philanthropy," says Lyons.

The boys hope to inspire others to follow their lead.