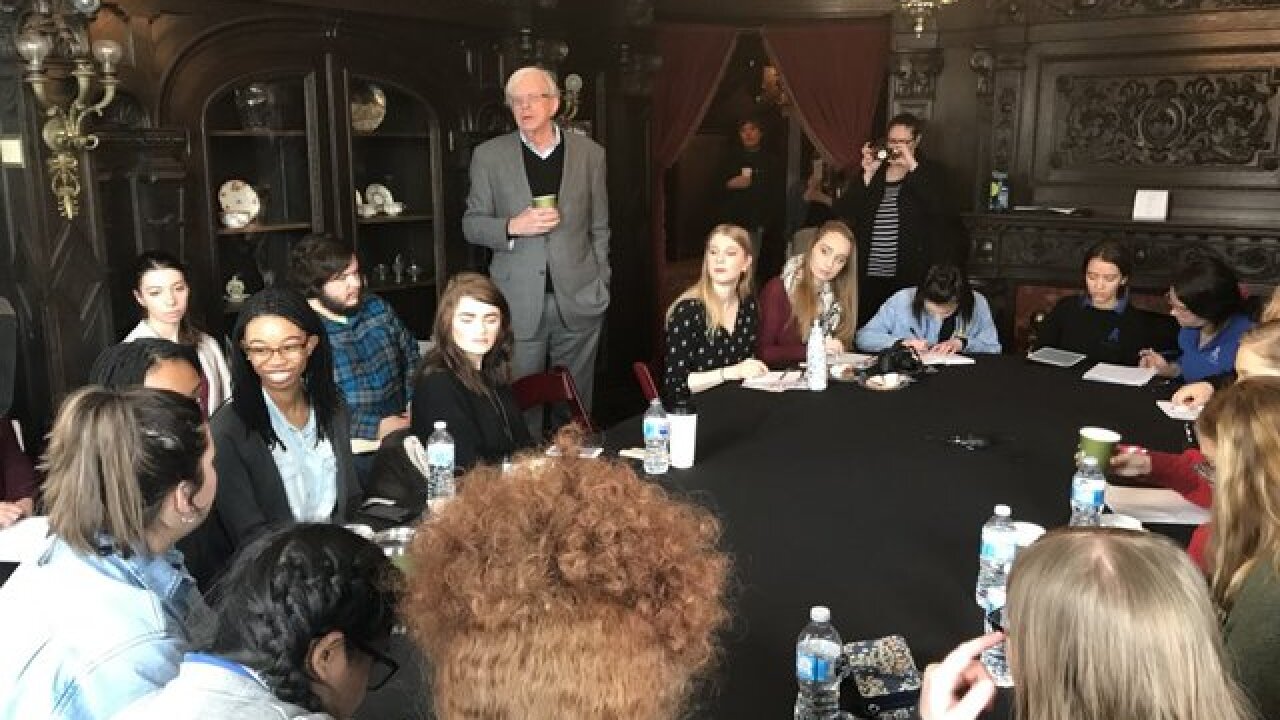 At the event, Ashford said he was "done" with the NRA and believes in an assault weapon ban, but does not know how realistic that is.

The student journalists asked a variety of questions on the topic.

"We are the future, so we will be running for those seats we will be reporting about it, I think it will happen soon or in the future," said Central High School senior Zoia Morrow, "There's so many loopholes that you have to jump through that people don't care about, and if makes it so much easier to have access to automatic rifles and that's not okay."

What happened in Parkland, Florida hits home for these students since they are the same age as many of the victims. Many students questioned and worry about how safe are their schools.

"I think it's a fear installed in all of us even if we don't want to admit it," said Gretna High School senior Emma Hopkins.

"We feel unsafe because sometimes we don't know what the policy is for each room  that we're in since we are in 6 other ones in a day," said Gretna High School senior Jessica Blum.

At the roundtable, Ashford also said he does not believe teachers should be armed.

"We can't have any more children killed, it just cant happen," said Ashford.

"We need to listen to the young people who have been victims of gun violence and who are asking the hard questions and speaking so passionately and rationally about their concerns. This is their reality and their future. There are many solutions to stopping gun violence in our country, and the problem will not be solved in one press conference, with lip-service, or excuses about the powerful gun lobby.
I am calling for a ban on the sale of weapons of war, like the AR15, for universal background checks, and mandatory waiting periods for those wanting to buy a gun. I don’t want my daughter to have to be afraid to go to school or a concert.
My primary opponent’s policy positions have not been consistent or clear. He’s changed his stances and has backed down from fights with the gun lobby in the past. Nebraska needs a leader who is not going to back down when our children’s safety is on the line. We need a leader who is willing to be as brave as the young students who are speaking out because they are afraid for their lives."
Congressman Don Bacon (R)
“Assault weapons used by military are heavily regulated and not readily available for citizens. I oppose banning semiautomatic weapons. I also support capital punishment for the suspect in the Florida shooting.”
Copyright 2020 Scripps Media, Inc. All rights reserved. This material may not be published, broadcast, rewritten, or redistributed.