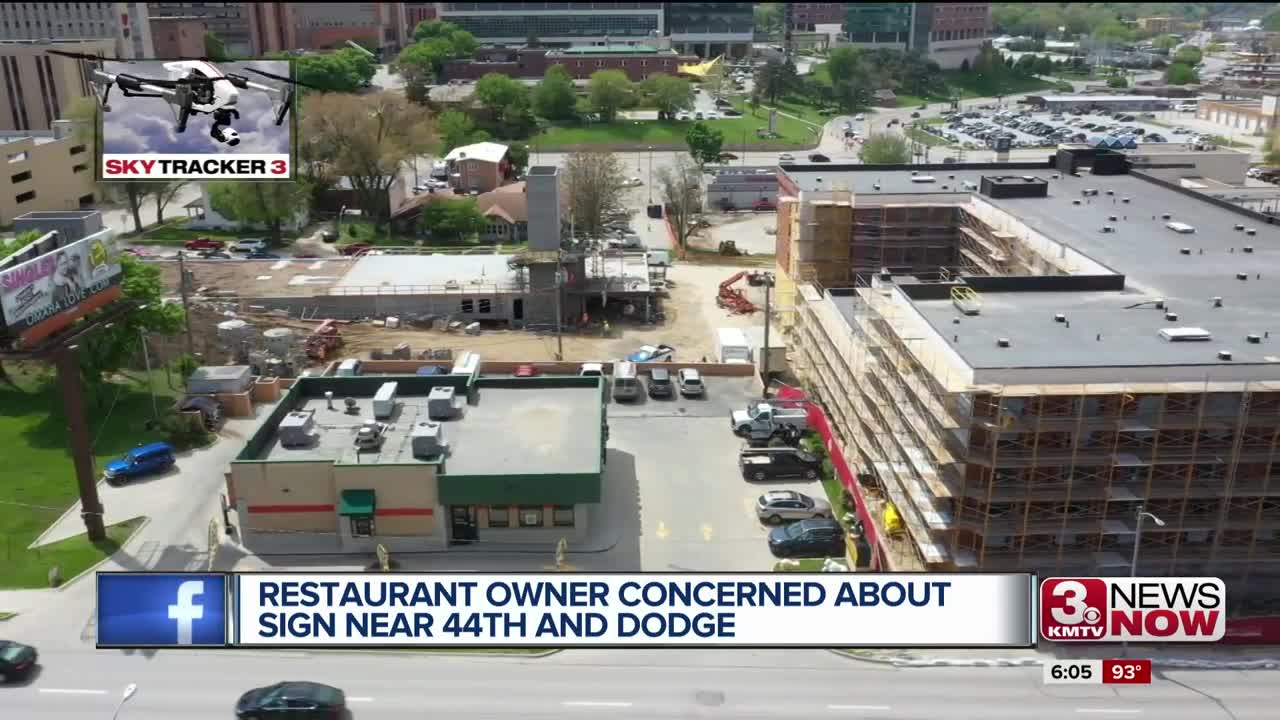 How a local business owner says development has impacted his restaurant.

OMAHA, Neb. (KMTV) — Development and expansion have been happening all over the city for the past few years. Midtown continues to grow as businesses go up. With those changes come concerns from some business owners who say the developments are affecting their business.

Dodge in Midtown is one of the busiest areas in the city. For King Kong owner Nick Triantafillou, it's a big plus but lately:

"They say it's good but we cannot see your place," he says.

Triantafillou says it's because a new hotel blocks the view of the restaurant he's owned for 25 years.

"It's a nice building you know, we like the building, but they block the sign," he says.

One of his regular customers says he feels for Triantafillou.

"I'm a regular. I've been coming her for years so I know it's here but for new customers, you can't see the sign if you're headed east down Dodge," says Cam Lollar.

Triantafillou tells us he isn't upset about the new development...in fact he welcomes it.

"I'm not complaining for the building...I just want them to give me the opportunity for me to have a 56 foot sign," he says.

Right now, Triantafillou says he's in talks with the city's planning and inspections department to get a new sign built.

A local sign builder says they've secured a permit to put up a new sign on the east end of the property which should be more visible to eastbound traffic.

Triantafillou tells us his sales have gone down about 20% since the building went up five months ago. He says he's optimistic that business will return to normal with the building construction wrapping up and the new sign.